MONDAY THE 6TH OF APRIL

Since the fifth is doll shelf day I've moved my catch up post to today, Monday, the first Monday in April.. yes April..

Well last Sunday I decided to get on with some knitting while I waited for my new order of wools to arrive. I wanted to use a pattern for a Kathe Kruse doll, that I have owned for years, I have kept the pattern since my children were young and well before I started collecting dolls again.
But do you think I could find it? No ! I searched everywhere, amongst all the other patterns, I even went back again into the studio and emptied a cupboard looking in each box and folder but no! Not a sign of it.
I then did a search on ebay and found a copy but didn't want to have to buy it knowing I already had it, so back I went again but to no avail, till finally I just had to admit defeat and buy it again ! At least while I'd left it in my watching on ebay, the seller had offered it for 50p cheaper, so that was some thing.
In between looking for the pattern I'd decided to rearrange part of my bedroom, moving a compactum from under the window to the side wall, which meant I had to rearrange some paintings on the wall and finally deal with the large pile of bedding and fabrics that had been left in a corner when I sold our linen cupboard to free up some space!
It still looks like a bomb's hit it but I'll get there!

While waiting for everything I'd ordered to arrive, I went searching for something I could knit with. I found some wool I'd bought a year back to make something for Clara, so decided to use it on a new pattern I had for her.

It just was not my week last week ! I started with 173 stitches and after a couple of rows realised i'd managed to lose seven stitches! 7 ! unheard of maybe 1 but 7? So I pulled it all off the needles and started again, I was happily knitting away each evening, just a few rows only to realise the pattern had gone astray, so I back tracted and thought I'd solved it, only to find when I started again on Friday morning that I'd missed something somewhere and the pattern was out!!!!!! 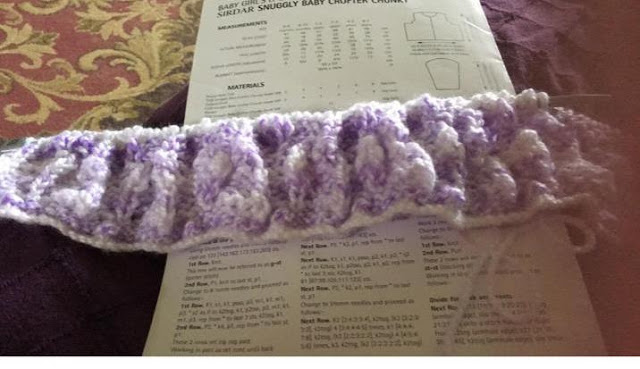 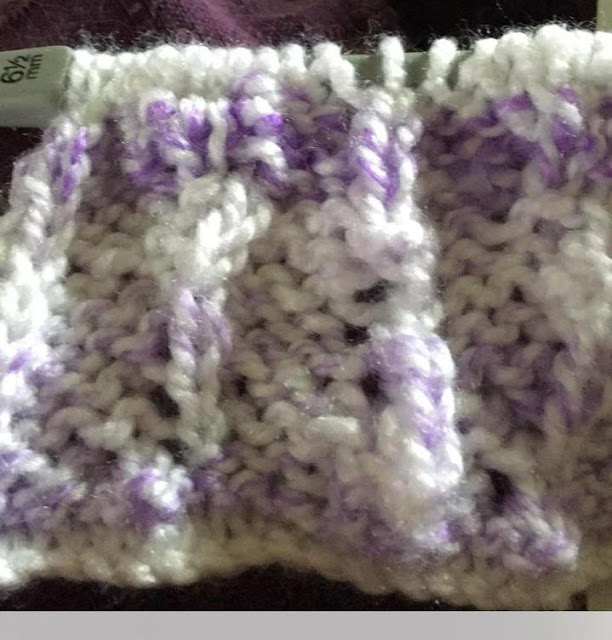 That will teach me to try knitting a new pattern while watching a film! So I had to remove the whole lot again and start a third time !
While I've been doing all these restarts, the wool I ordered arrived and I had to stop myself from setting this aside and starting a new cardigan with the new wool. 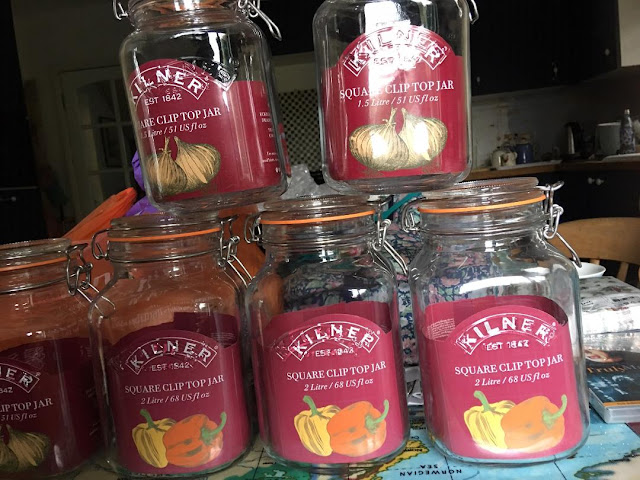 So after cleaning they've been put to use.

My lovely daughter Lindsey gave me an Emma Bridgwater voucher for mothers day and pointed out a tray that she'd thought about getting me but in the end decided to send me the voucher so I could chose something.

Well I landed up chosing the tray she's liked, when it arrived I was delighted, it's just so fresh , colourful and cheerful, I don't want to hide it , so I'm trying to find somewhere it can go but still be seen. It's much bigger than we both thought which is really nice. 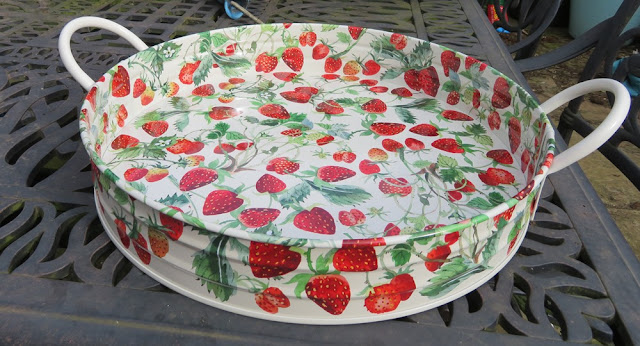 Finding it a place is not easy, so at present it's getting left on kitchen table !

I'll end here and just wish everyone a safe and healthy week, these times are a worry but if we all do as we are asked.. Stay in Doors.. we'll hopefully get through this quicker.