So I did intend to get on with my story today but the garden decided to take over! This morning was very cold with a chilly wind! but by afternoon the sun was out the wind was not so chilly and so I went out into the garden to get a few jobs that needed doing done.

Of course because of the lockdown , yesterday was just the three of us here at home, although we did have a family facetime call in the afternoon with my other two daughters and grand daughter, which was lovely but not quite the same as being able to see them in person.

Lindsey very kindly treated us to a full roast dinner with a lovely dessert! 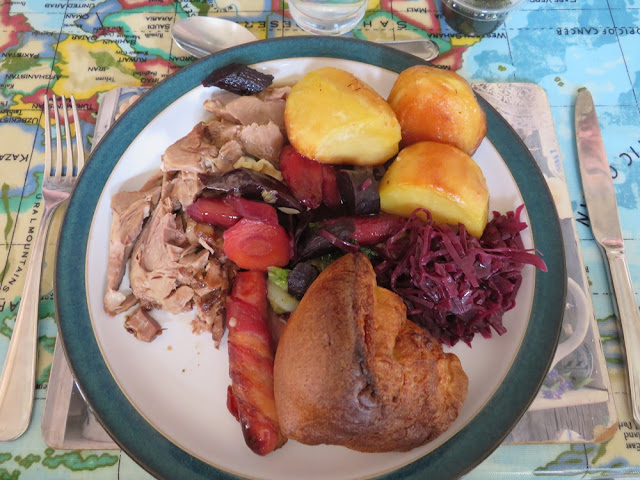 The gravy had wine in it so I didn't have any but the food was very tasty and even better she'd ordered it from one of our local pubs in the village! So all she had to do was get Paul to drive her round to collect it then dish it up! Result!
Roast lamb, roast potato's, hertiage red and orange carrots, braised red cabbage, yorkshire pudding, piggy in a blanket lovely!
There was celeriac gratin as well , I did have a tiny bit but forgot to retake the photo once we'd discovered it and dished it up!
For dessert we had rubarb and apple crumble with custard.. yum yum... So a lovely dinner supplied by the pub, dishes into dishwasher, cartons into recycling and supporting a local business in the process!


So today we did a fair amount of gardening , along the way 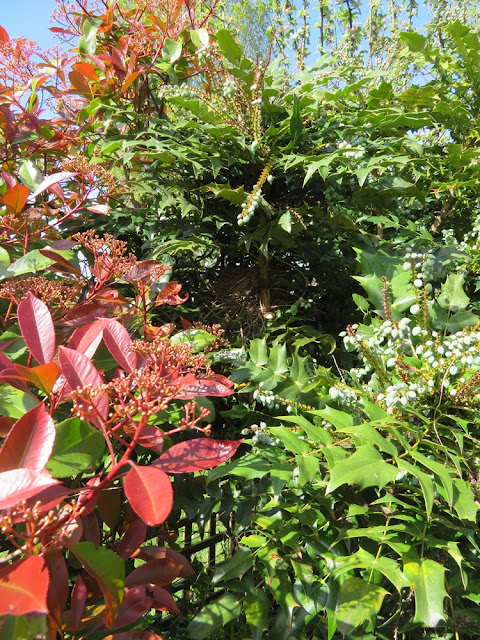 Discovered this nest in the garden, 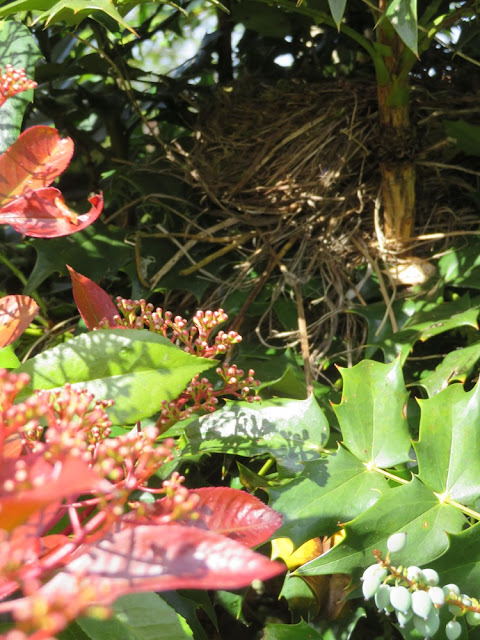 Not in use but I do wonder about the birds round here, since we had three cats, who like nothing better than grabbing a bird! Now Saffy's gone ( she was a terror to all mice and birds in her younger days) Milo  in his younger days would bring home the odd rabbit! Now he just wanders between the house and the carport with no energy for chasing livestock! Mabel, I'm sure is a good mouser but thankfully doesn't often bring them home , where we then have to try and save whatever it is from her! 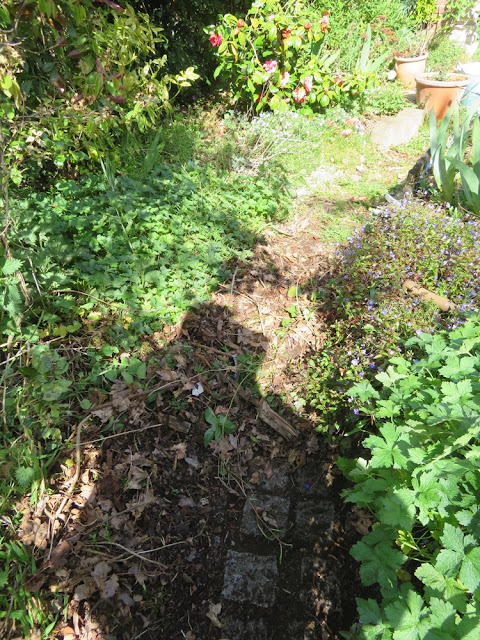 The path at the very end of the garden gets covered in loads of leaves, earth and weeds over the course of the winter and I love going down around this time of year and sweeping it, this is before.. 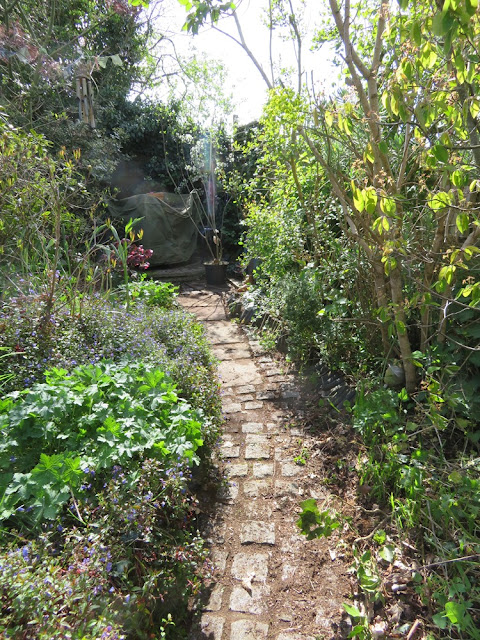 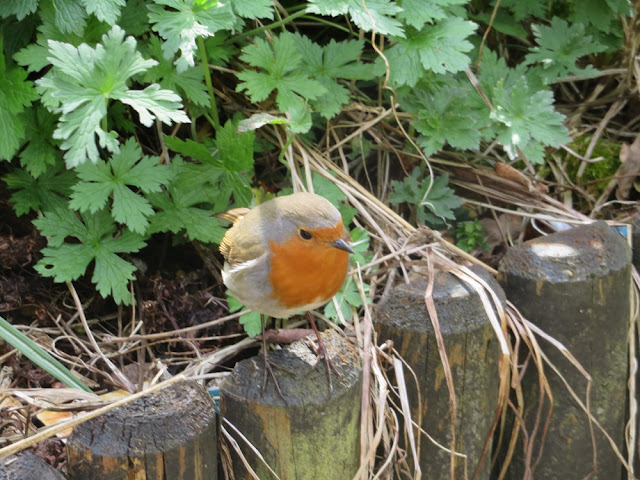 A cheeky Robin kept an eye on me , so he could go and dig amongst the earth and leaves I was sweeping, going in to pick off any bugs or worms that appeared.

I've spent most evenings knitting cardigans for Clara but could not find my large eyed needle , so I could sew them together, so I have ordered some and while I wait I've just carried on with the next one. 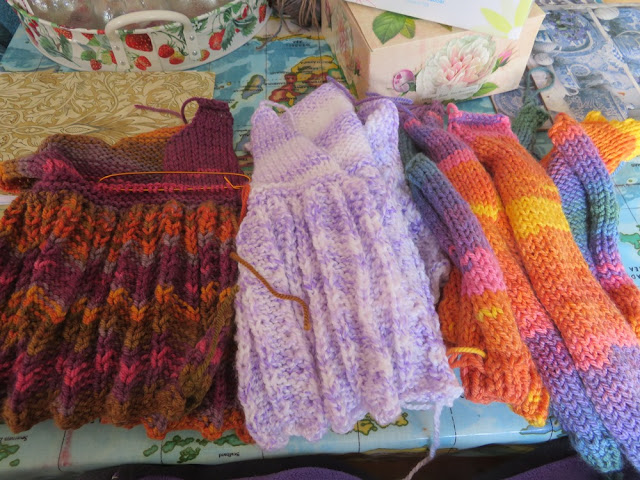 I'm part way through the one on the left, the middle one just needs sewing together and the right one, needs it's button bands but first I need to sew the shoulders together, so that's waiting too!
Once they are finished, I will send them off to Clara, so she can use them or put them away until the autumn.

Well I'll end here and wish you all a healthy, safe and good week.