THE LAST SUNDAY IN APRIL !

And what lovely weather we are having ! By the end of this week we'll be in May and heading towards summer and hopefully an easing of the lockdown, providing people behave as they should and not as they like!

Well It appears that the Sasha Studio , unbeknown to me, is in fact a Tardis! It is! Not in that when you go inside it's bigger than outside, no this is much more canny! What's inside is never ending! Which is why I introduced my new doll yesterday, as I'd spent most of the day inside the studio and although bags were emptied, things moved, items labelled etc, it still resembles a shop after the hordes have visited for a knock down sale!

On the plus side I am finding some ace items for the props department and also masses of clothes, well in truth masses of everything! 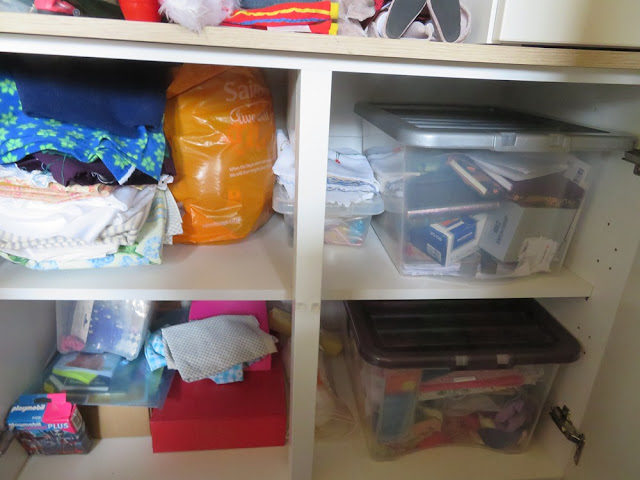 I started with this cupboard, more fabric, wool and a couple of boxes of assorted bits. 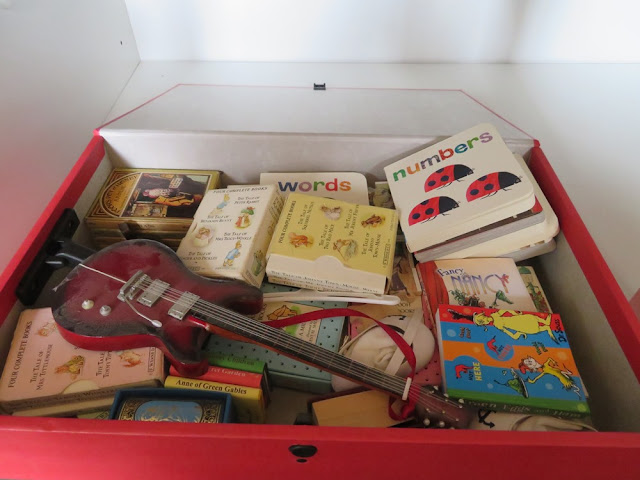 In the box file was the books! 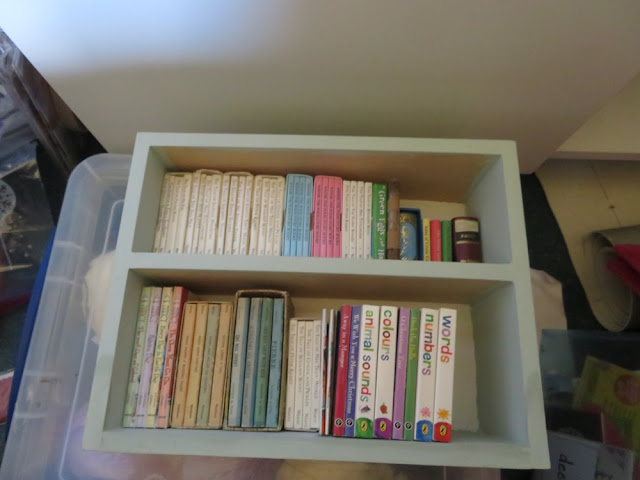 So now the bookcase is once again full for the Sashas and Gregors to enjoy a good read. 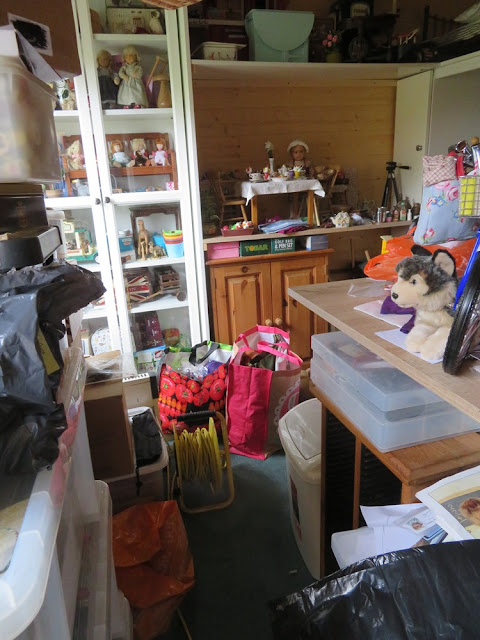 There were still bags to sort, so in I went, telling Paul if I didn't reappear he was to come and find me, I'd probably be buried under a mass of props! 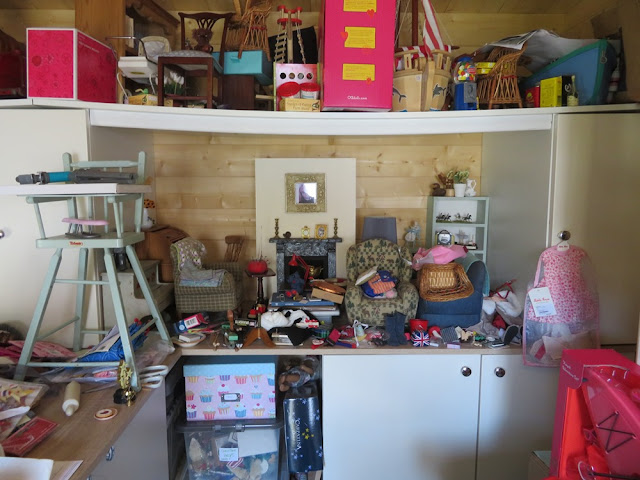 So back again today, Sunday, to try and win the battle.. 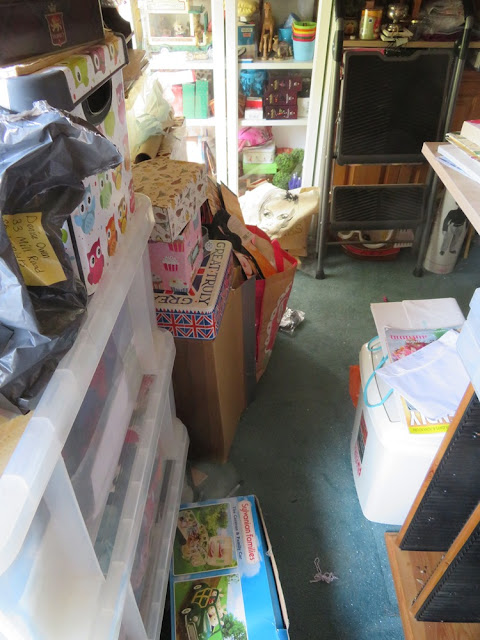 I move the bears Car and Caravan out of the bottom of the cupboard so I could get more props on the shelves where I could see them. You can see three very large boxes of dolls clothes on the left by the door. 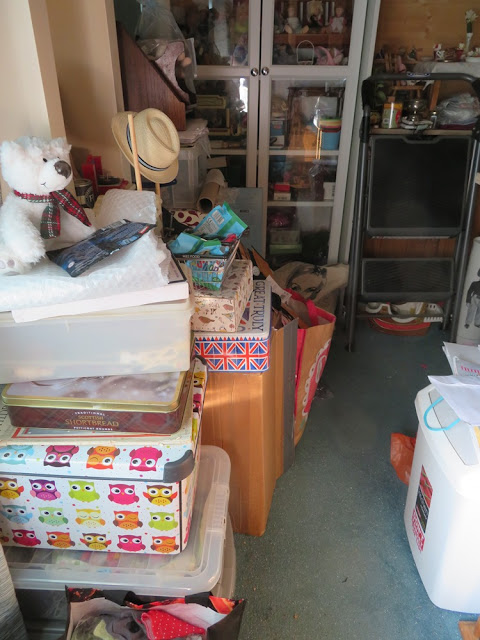 By late afternoon , I'd managed to go through two of the large boxes of dolls closes and sorted them into five smaller boxes, four of which went into the now cleared out cupboards and one is waiting to be placed. My plan is to open up this walkway ! 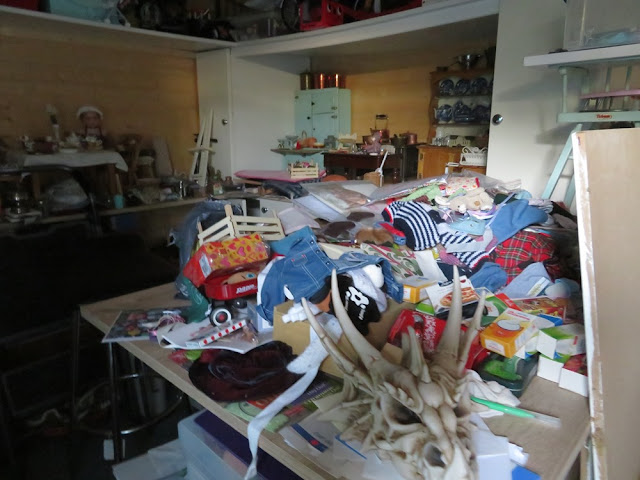 However to get the smaller boxes I had to empty the contents of about three of them onto the worktop! 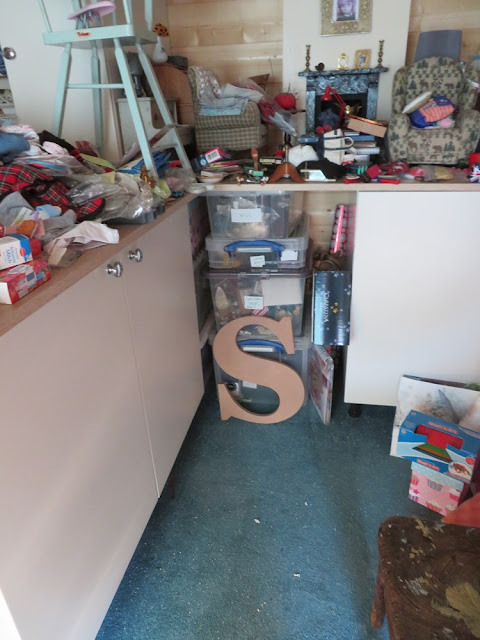 But at least the area as you come in the door is a lot tidier, that's not a dirty carpet by the way, just shadow but I'll be able to give the place a good hoover by next weekend , she says... 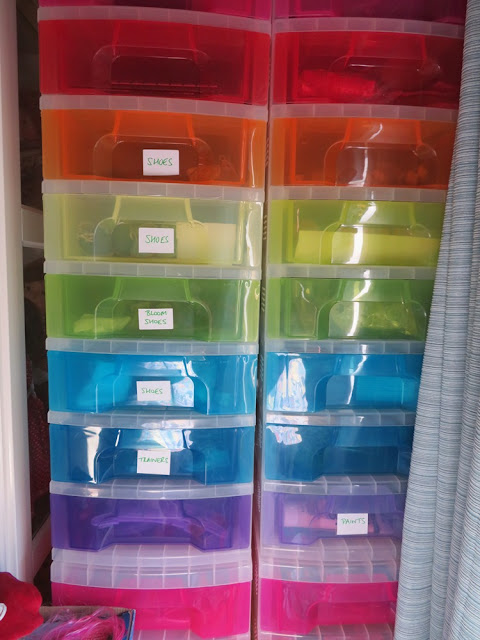 I'm labelling where I can as I go, which will make it much easier to find things once I've finished. 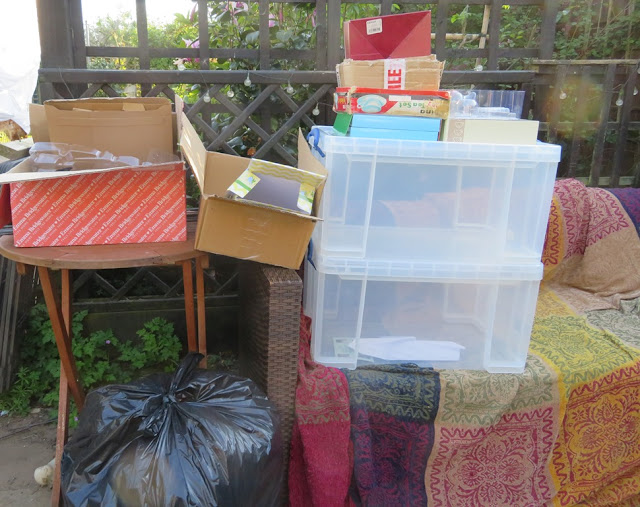 Proof , in case you thought it just looked the same as Friday, these are the boxes cardboard and plastic that I emptied today , along with the red box and black bag of rubbish from Satureday! 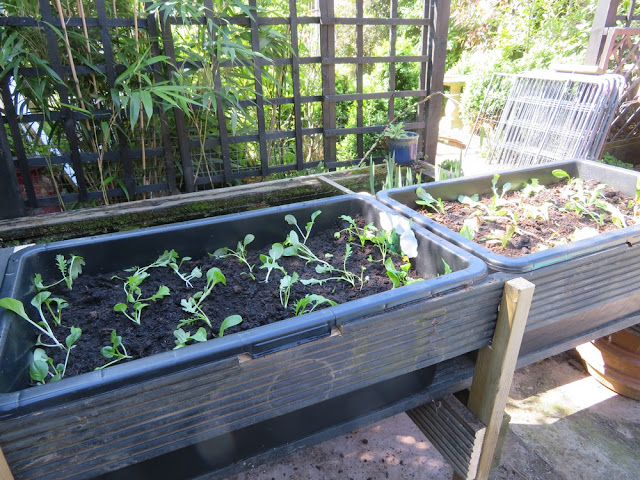 While I was spending time on my studio, Paul made this raised Vegetable trug for our salad veg.
More about that on our garden blog. 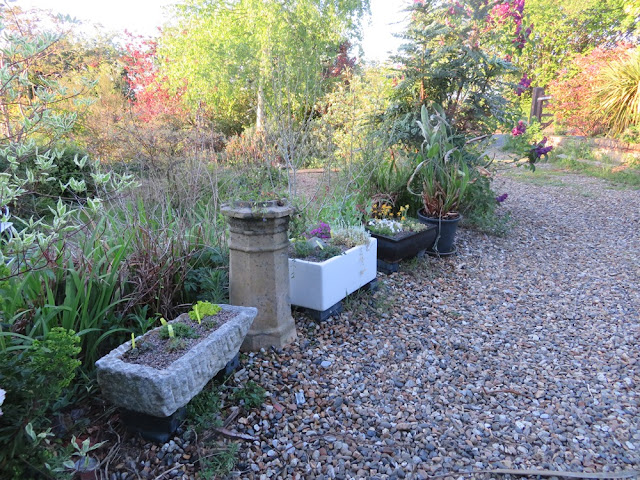 I'd ask him to move our lovely old chimney pot out to the front between the trough's which he did today. 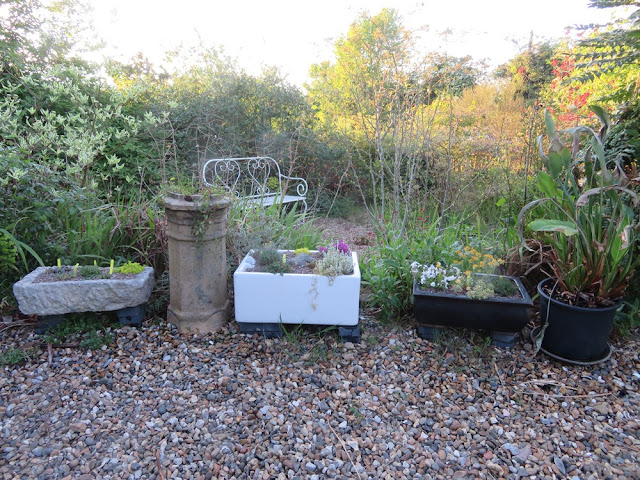 He also put the bird of paradise plant at the end of the row, hopefully we won't get any more frosty nights and have to cover it up or bring it back in. 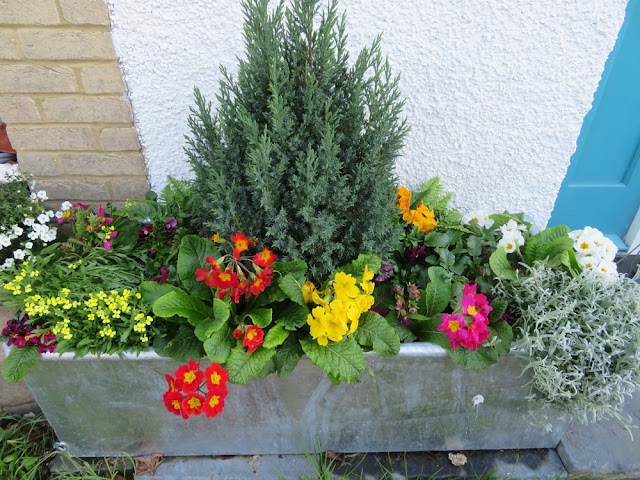 The trough by the door is doing so well I'll probably have to remove a few plants to give the others more room!.

So things are coming along but very slowly so hopefully I'll be able to get the story of Louella back up and running by the first weekend in May. But now I'm off to make Granny an Apron, I found just the perfect piece of fabric while I was tidying, so at least it's starting to pay some dividends!

Hopeing you all have a lovely healthy fun filled week.