Gill decided to get her hairdresser daughter Zoe to cut her girl Niamh's hair to tidy it up, she was thinking about putting her on ebay to sell. 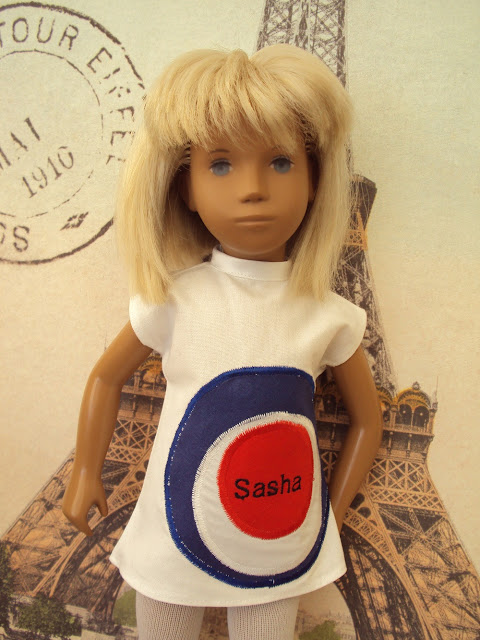 Here she is looking very trendy in her Sasha emblem dress. 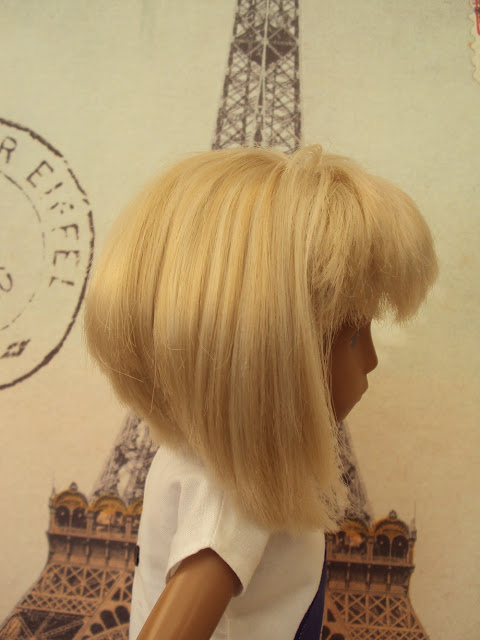 Gill loves Niamh's new hair cut so much that she's been saved from the adoption market ...well for now...

I am in the process of selling a few Sasha's and Gregor's , the why of you which you will find out soon enough, but It is so hard ! Every time I take a photo to put on their adoption details, I think ..Oh she/ he is so lovely do I really want to part with this one........one's so far been listed and then once I went to take his photo, I caved and he is off the adoption list !

But some times you have to be hard as nails like the Ice Queen  :) and send them off knowing that whoever buys them will also love them and be happy to have bought that Sasha/Gregor they've been after for a while , as you will be when you receive your new adoptee !