BEAR OF THE MONTH. FOR FEBRUARY 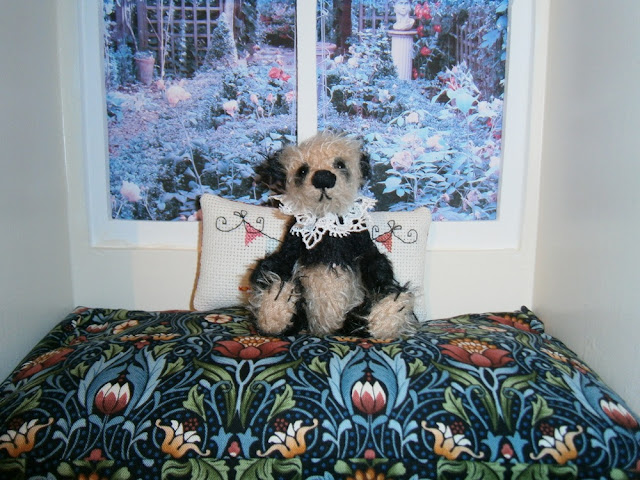 Well of course it had to be Edward Robert Panda Bear . Edward is a Panda of class and loves to eat bamboo sandwiches, NO crusts!, he likes things to be tidy and organised and living with the clan in the village calls on a lot of his patience.

He is the head of all the little Bears in the house and they all come to him with their worries and problems.He does not have favourites but Mossy believes that he is second in command to Edward and Edward allows him to enjoy that belief!

He can be fussy and bossy but his heart is in the right place and he loves his little miss, Paige.He keeps watch over all the Sasha children and their bears and animals and would be first into the fray at the first sign of trouble.
All the other little bears complain at his fussy bossy ways but they love him really. 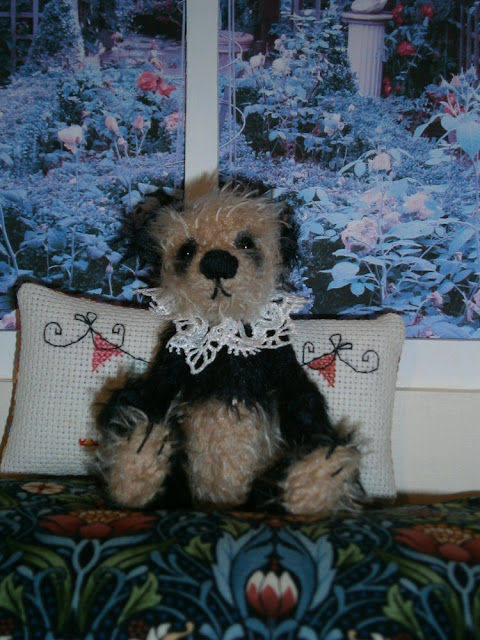 He is very taken with the new window seat and likes spending the afternoon napping...ah I mean watching out the window... 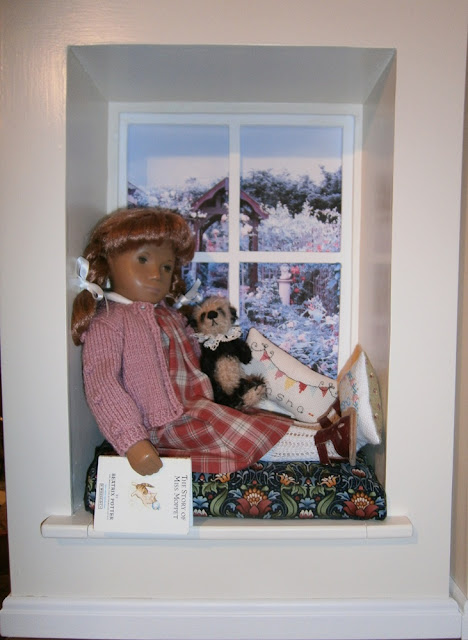 Bliss for Edward is nodding off....I mean resting after Miss Paige has finished reading one of Beatrix Potters stories to him.