SASHA CELEBRATION WEEKEND OTHER DOLLS, CRAFTS, BUYS AND A PRIZE!

Next up we have the Dukelets who had taken this windowsill as their own and though they were locked in over night , there were strange noises echoing along the corridors in the night! Calls for Whiskey and the sound of hooves trampling the halls chased by giggling children!

don't trust their looks of innocence ! 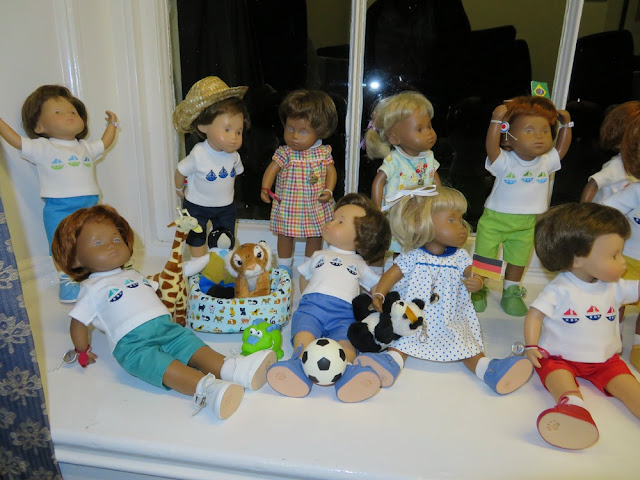 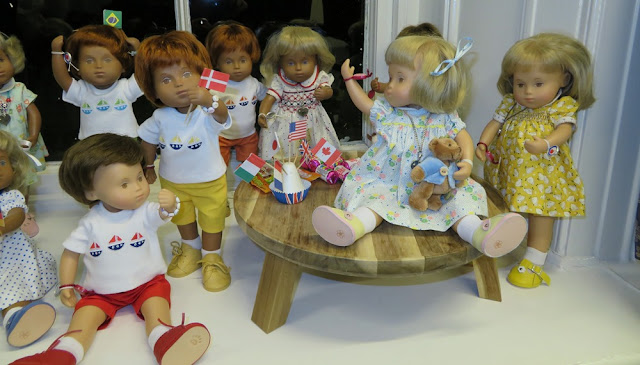 One of the great things about meetings is that not all are just collectors of Sasha's Some collect other dolls and will bring a doll or two with them to share.

Shelly Cuff came with this wonderful Schoenhut doll, even with his damaged/ missing arm he's gorgeous with the best boys face I have seen on these dolls. 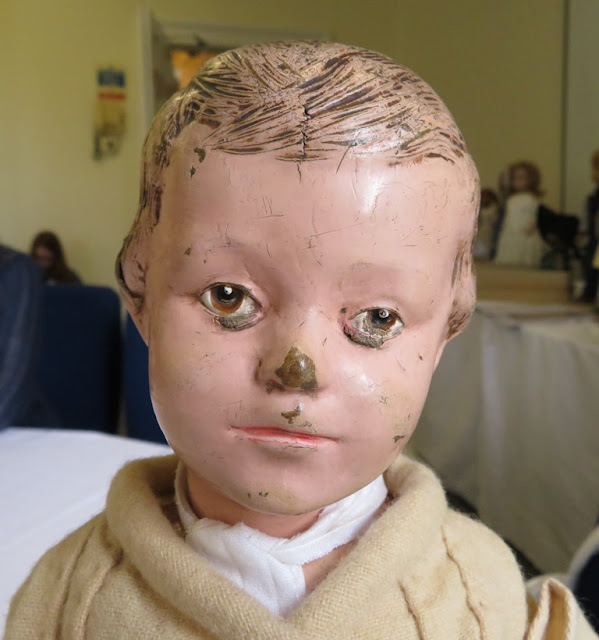 a little paint loss but not too much. 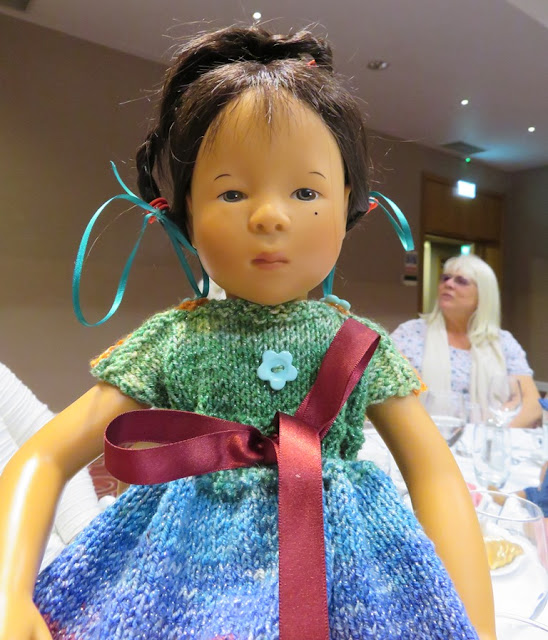 This Vietnamese Silvia Natterer doll was lovely and so different to those one usually sees. 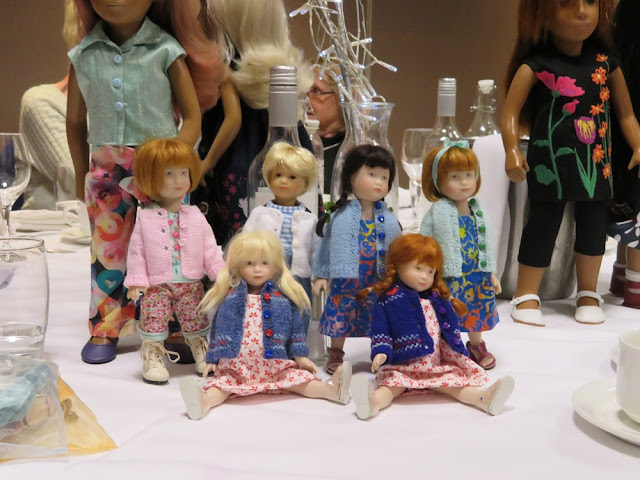 These are a group of 8 inch Heather Maciak dolls apart from the blonde at the back who is a mini Kidz n Cats boy.They belonged to Anna and Laura. 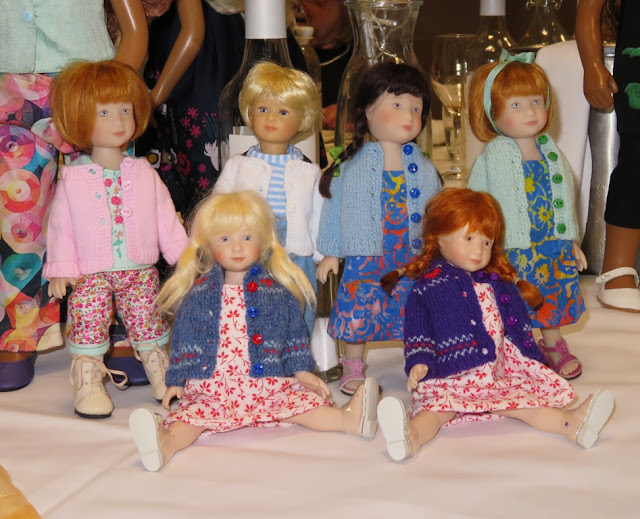 A closer look. I was impressed how well the boy went with the girls, so have ordered one to go with my three girls.

Teddy had brought his Dollstown  girl and got a nice dress from the £1 bazaar for her. 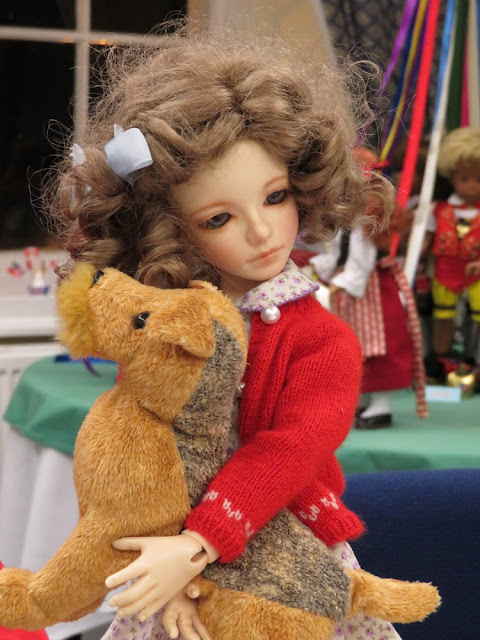 She is a ball jointed doll. 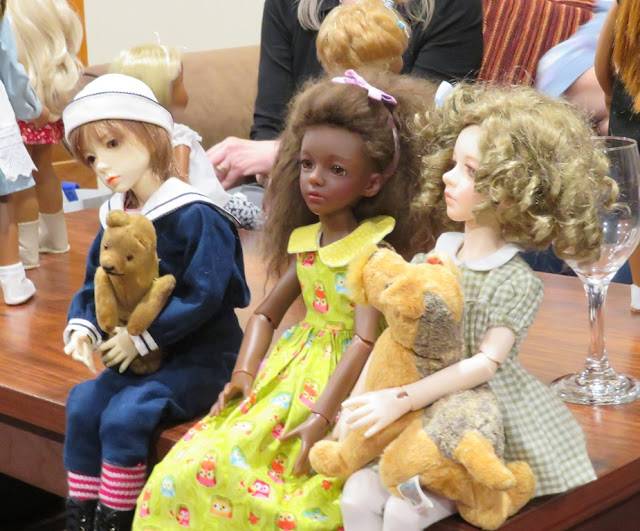 Teddy also brought his other Dollstown dolls, the girl in the centre and the one on the end have the same face sculpt. The boy's is different. I was very taken with these dolls, my friend Jane had brought her Dollstown girl to show me but I was busy looking at her and another bigger doll Jane brought that I forgot to take any photos of them! We all had a great chat late into the night about these dolls and others. 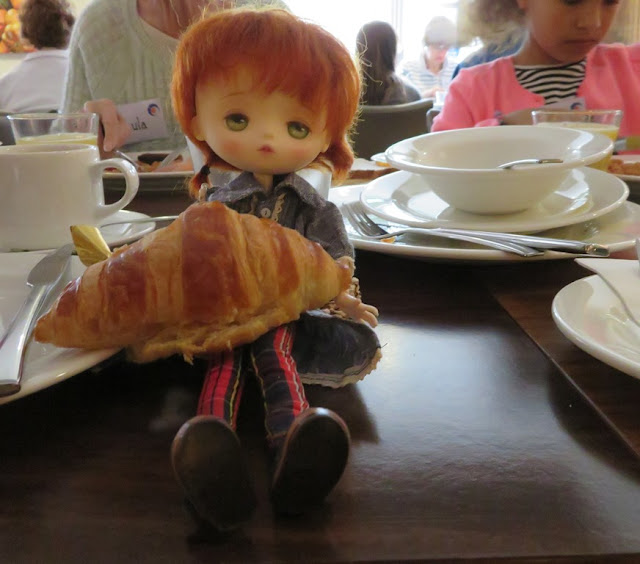 The only non Sasha I took was Constance O my Jerry Berry girl, who you can see here at breakfast where her eyes were way bigger than her belly !

The crafts at this years weekend were wonderful , I only got as far as Frances Trickett's embroider and make a bag. There were four styles to chose from. 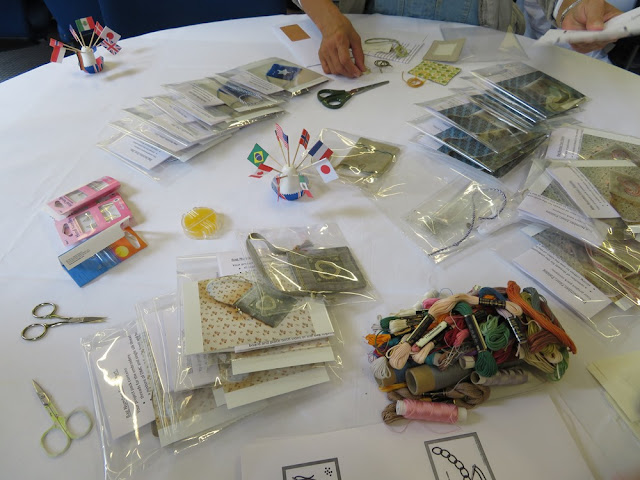 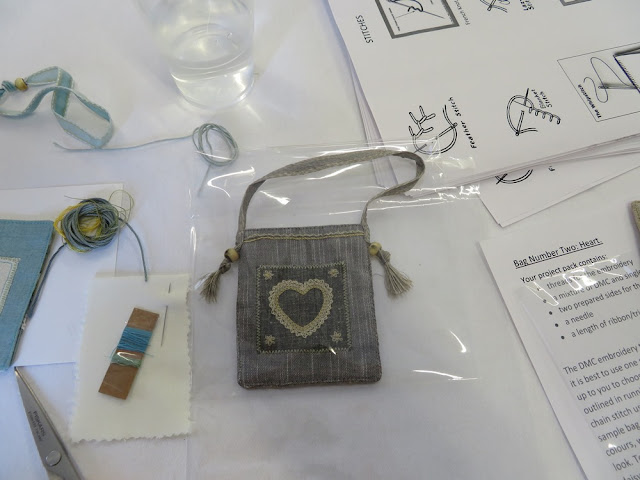 I decided to have a go at this style with the heart. 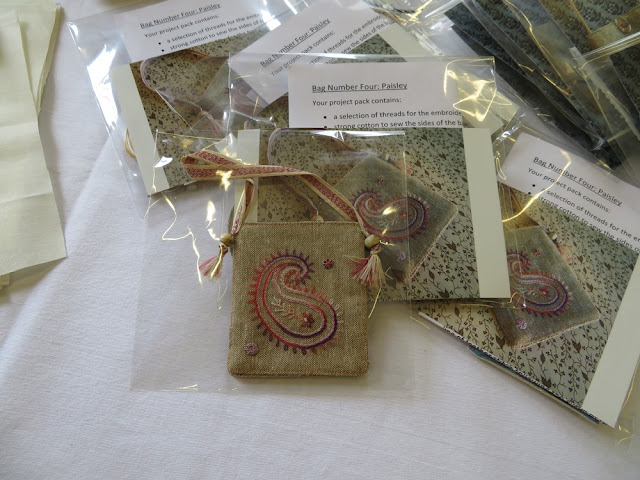 another of the styles. 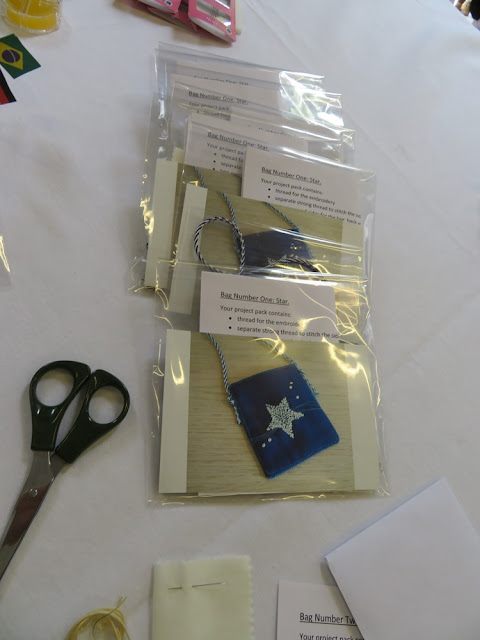 All the crafts were wonderful  as usual I only got as far as the first one I tried , due to struggling to find the eye of the needle which was tiny! I was offered a bigger one but chose to carry on with the one I'd started with.... so took ages and still have to finish !

The other crafts were 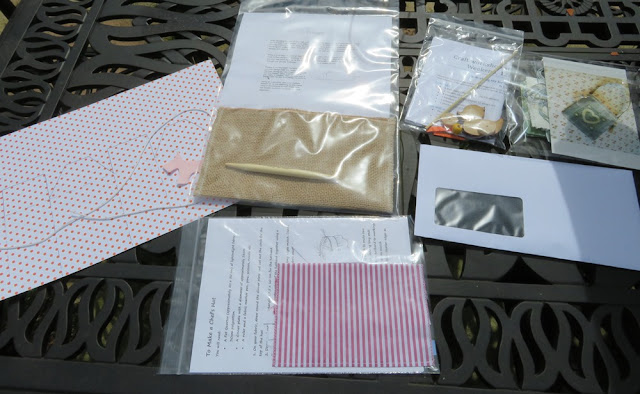 these although there was also a jacket and they ran out of kits , so mine will be sent on. 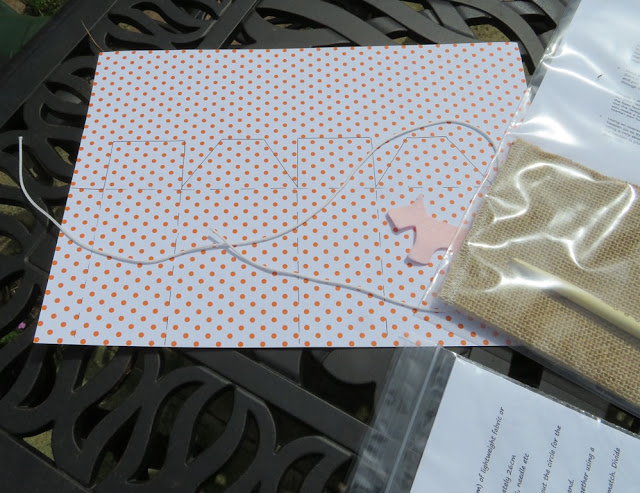 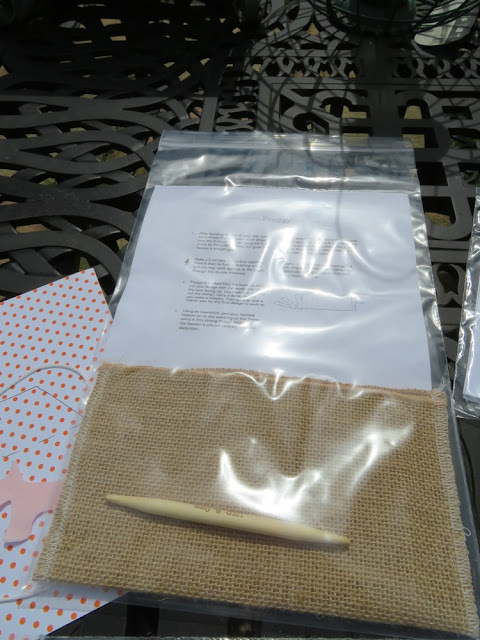 Anna's was a push along toy duck. 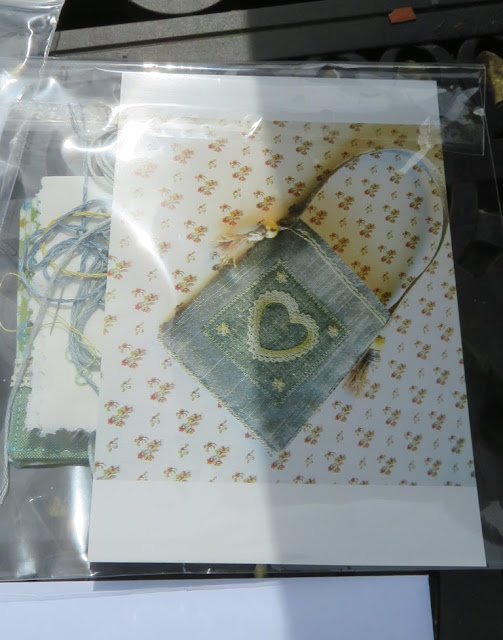 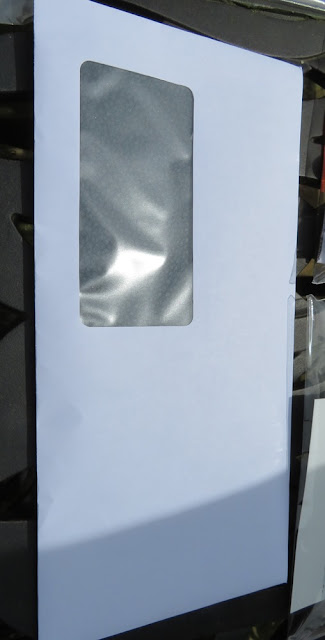 Brigitte's a leather back satchel 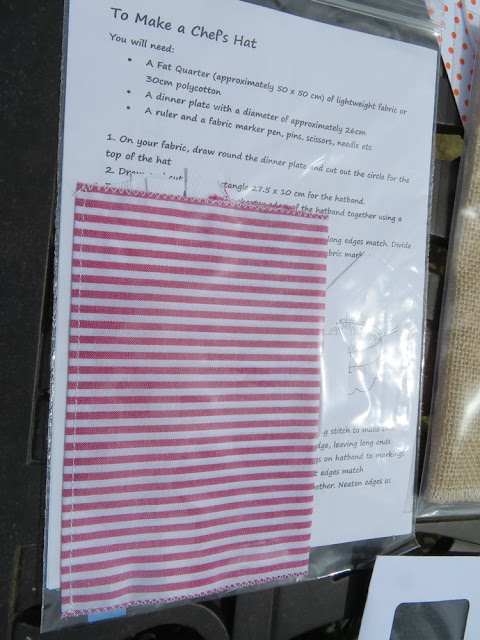 Everyone one of these craftswomen spent hours getting these kits ready for us and I thank them all . I will be making everything over the next couple of weeks and will show them off once I have finished.

This is my goody bag given by the organisation, 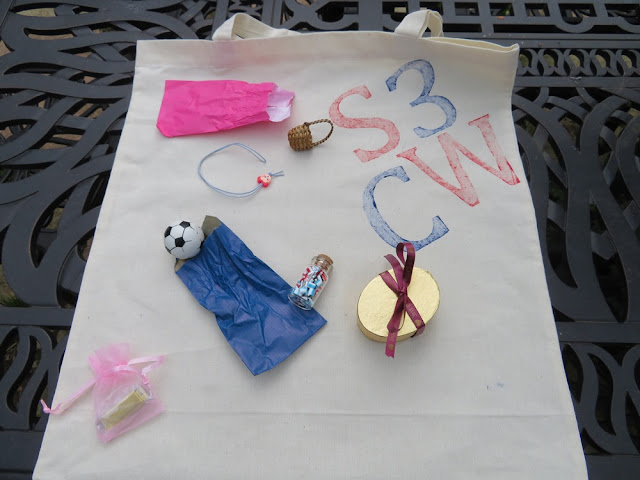 The harmonica at the bottom was given to me by Theresa at dinner. The gold box contained a baby dummy and rattle.

So next up is my purchases from the sales tables. Once again I was quite good mainly because I was helping Petrana so missed all the good stuff! But did manage to get to a couple of tables and buy an item . 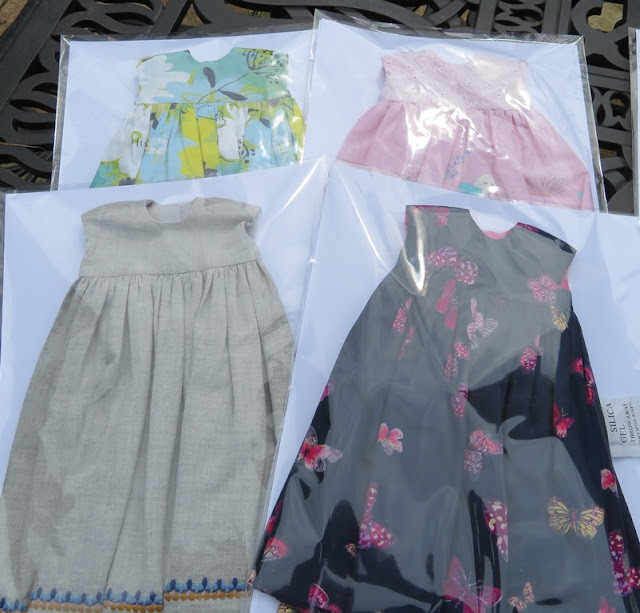 I got four wonderful dresses from Petrana's I could have bought so many other I loved but was good and watched as others bought them! 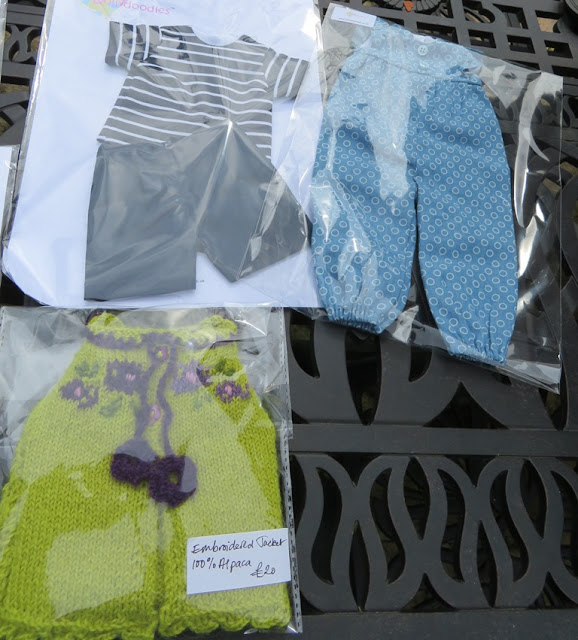 I bought two outfits from Dolly Doodles shown at the top and a wonderful jacket from Linda Simpson. 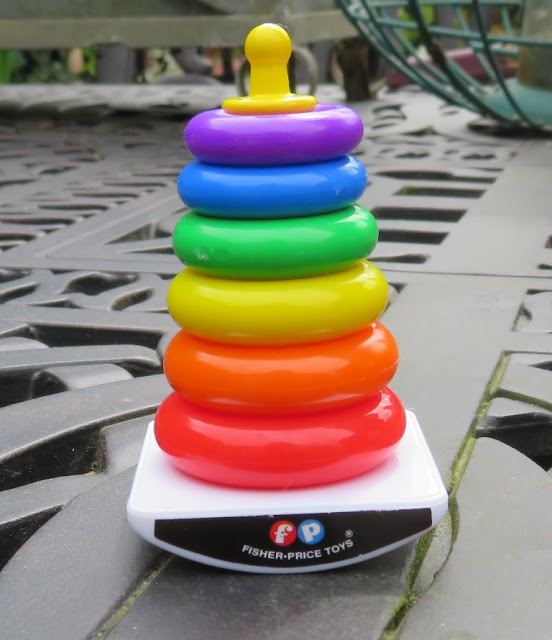 From Marti I bought this little fisher price toy.

So we come to the raffle ! None of my numbers were called but I was kindly given a ticket and an item I'd been watching was still available so I picked it. I just know I'll have so much fun with this. 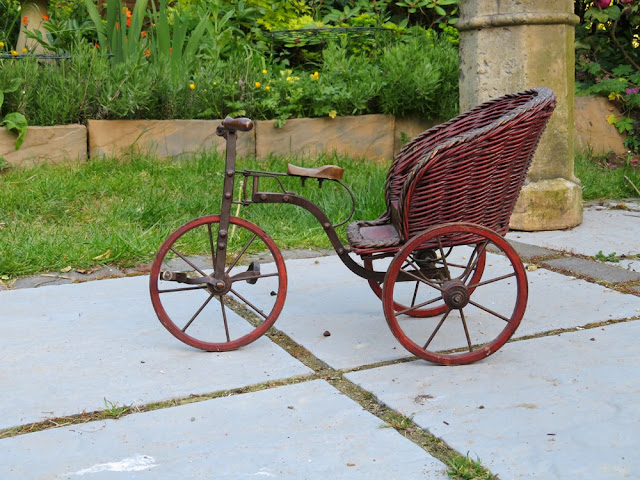 A cycle carriage ! No sooner had I won it , than it vanished ... 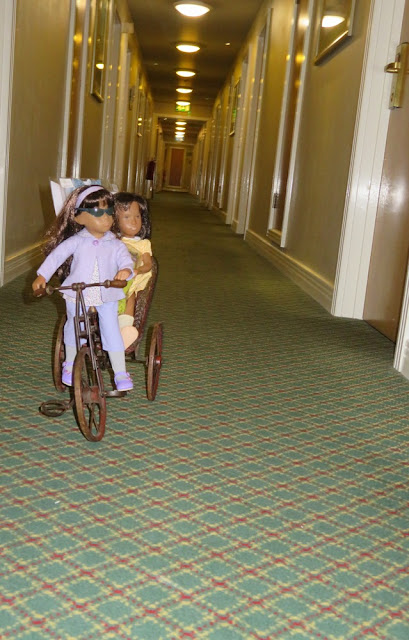 Someone was heard whizzing down the corridor ! 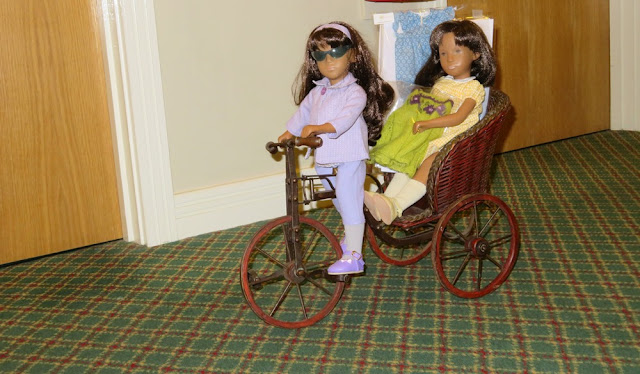 I wondered how my purchases got back to the room! 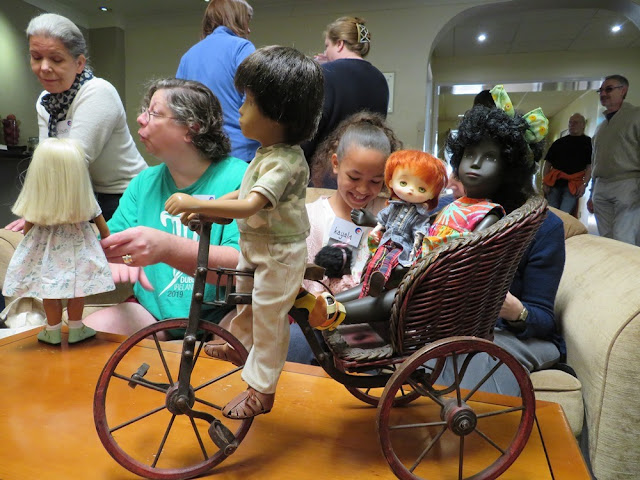 Came in useful while we waited to go into the hall! 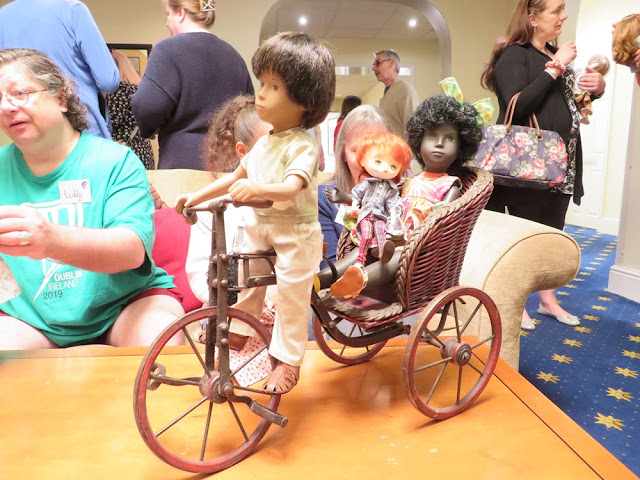 Teddy's dolls having a play while Constance O dozes ! I am so looking forward to using this with all my dolls. I can imagine most there would have not wanted such a large item but for me it's story magic!

So that is a snippet of what happened at the Sasha Celebration weekend, we all had a wonderful time and congratulate the all the people involved on a job extremely well done. Bravo !