again! Well I totally missed posting for last week! So Must do better this coming one ! Needs some planning and some taking of photos in preparation !

We did achieve something this week, we had the fridge freezer delivered and  decided which side it was going and then had a re arrange and all's now in place with some finishing off to do. 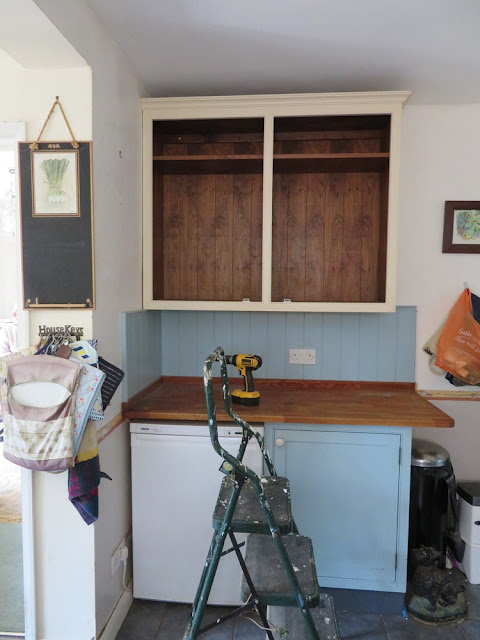 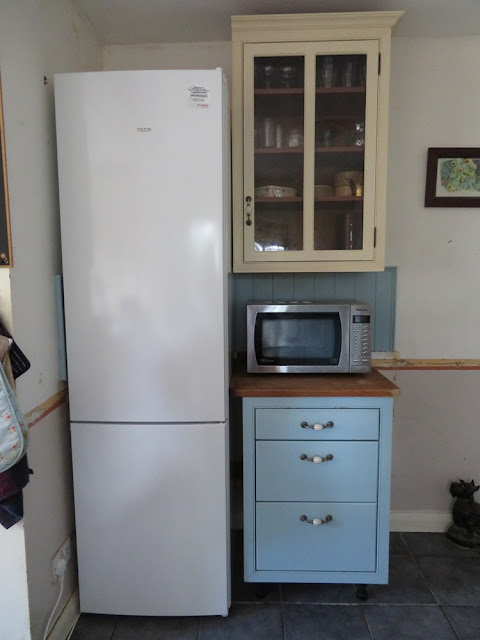 We have moved the cupboard that was next to fridge over to another area in the kitchen and replaced it with the drawer unit, which allows us more space as we come in through the kitchen door that is to the right hand side of this area. Paul's cut the wall unit in half and it's back on the wall which as enabled me to store all the glassware here, saving space in other places.
This cupboard that's now half a cupboard ! was always meant to have stained glass in the doors, so I've asked Paul to make them since it's now about 10 years later and 50% less work to do !

However this has made us realise that we never finished the kitchen when we made it! years ago, so that's something we need to get done this year! The list is ever growing...


I received a new doll this week , not a Sasha but Zwergnase junior in the new larger size. 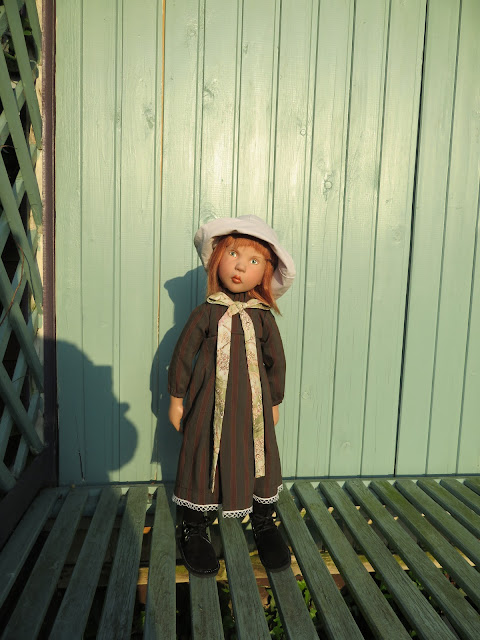 These dolls you either love or you hate or in my case some I love and some look too angry, grumpy etc so I was a little worried about if I'd like this new face sculpt from them,  but I'm pleased to say I do! It's a more questioning face than grumpy. 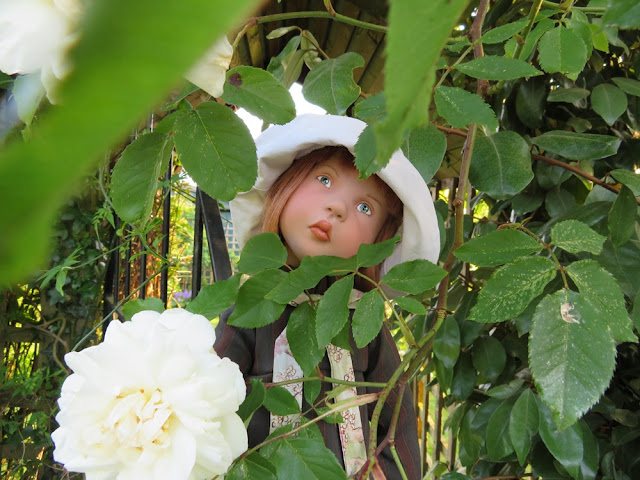 So I've renamed her Rowan ( sold as Roelie )

I have a couple of dolls in the layaway pipeline that should start appearing next month or the one after.
I need to start on the Chat N Snap 2017 webpage, so I can keep everyone up to date with the event and it's theme etc.
The sewing machine is slowly making it's own way down the stairs to the kitchen having given up on me helping it! ;) and once it gets there I may open a piece of fabric and consider CUTTING IT! after which I may need to lie down to get over the shock.... 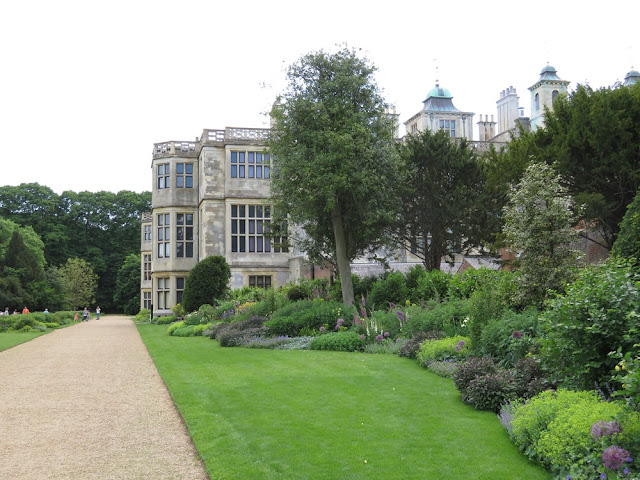 Today we visited Audley End an English Heritage site, the guide, when we entered the house asked if we'd been before and I had to say yes... about 40 years ago! Lindsey, my daughter, thinks we've been between then but I can only remember the visit with my Grandmother and youngest sister who was about 9 at the time and will be 50 this year !

But we visit a few National Trust and English Heritage places every year, so she could be right after all her memory is younger !

Well I must go and take some photos , so the blog does not just sit waiting a whole week again for some input !  Finish dressing some dolls ! re find the kitchen table from all the rearranging of things just encase the sewing machine makes it down and numerous other odds and ends that are forever waiting to be done! If I stayed off the computer I'd have a much tidier house and more money in the bank!! But hey! you only live once so you have to enjoy it !

Wishing you all a great week ahead, a reminder that the shelf photos will soon be needed as half way through this week it turns into JUNE! Something else to add to my to do list!