GETTING THE RIGHT LOOK!

I have been ,as you know, getting a few props here and there lately. When I bought the old style washing machine with mangle it gave me an idea to pull together an old style kitchen for the Schoenhut dolls.

So to that end I went looking for a stove or range. When I was a girl, I lived in south London in my grandmother's house which was an old terrace house that had three floors, my parents rented rooms from my grandmother but in my grans kitchen on the ground floor  was an old black range. I cannot remember if it was a working one but it was a lovely looking thing.

And so that's what I set out to find for the Schoenhut dolls. I have a picture in my mind of an old fashioned kitchen, with a range style cooker , butler sink, mismatched furniture.

Then finding one that would be the right size for my larger dolls, not easy as most that I found were too small or if bigger.. way to big and then expensive.

But then I found one and made an offer, which I'm pleased to say was accepted. 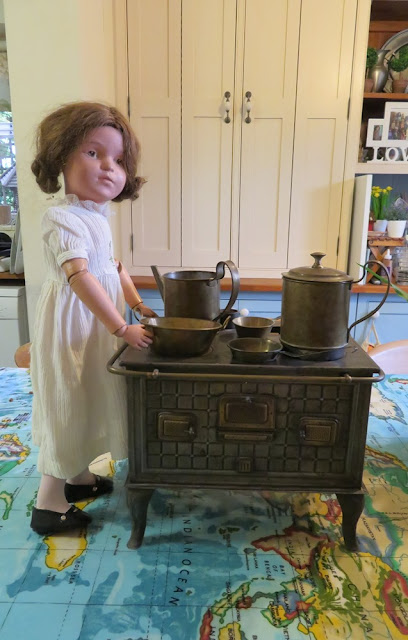 It arrived today and here is Evelyn trying it out for size. 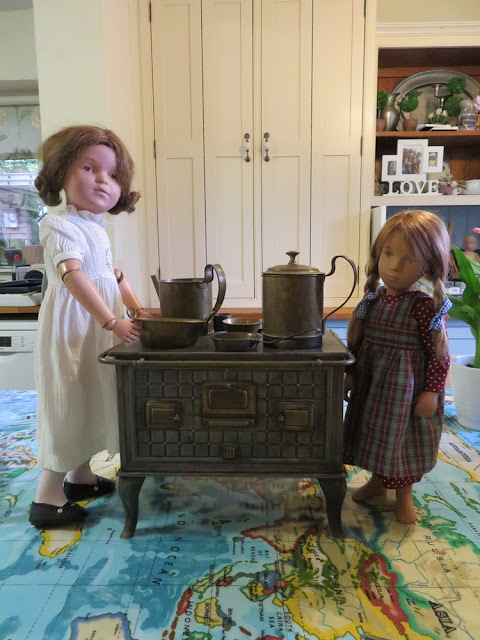 Maude also happened round when the range was being admired. 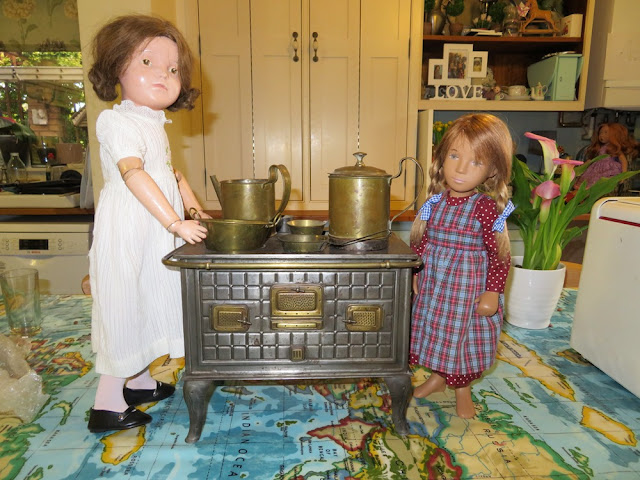 The seller said that the pots were a little large for the range but no too bad. 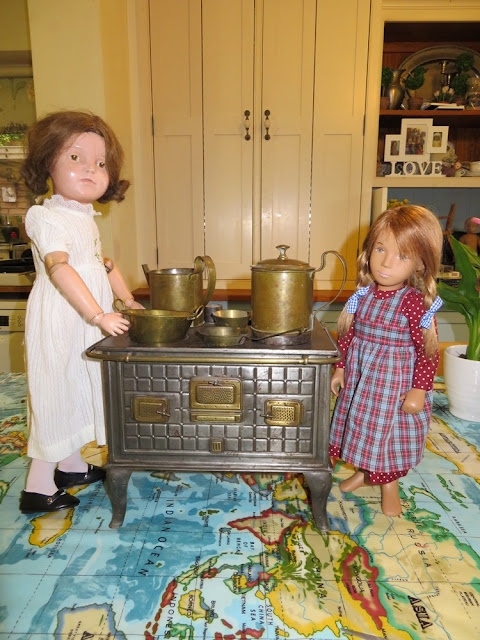 I had recently bought some copper pots and pans for the larger dolls, which I'll try on this another time. 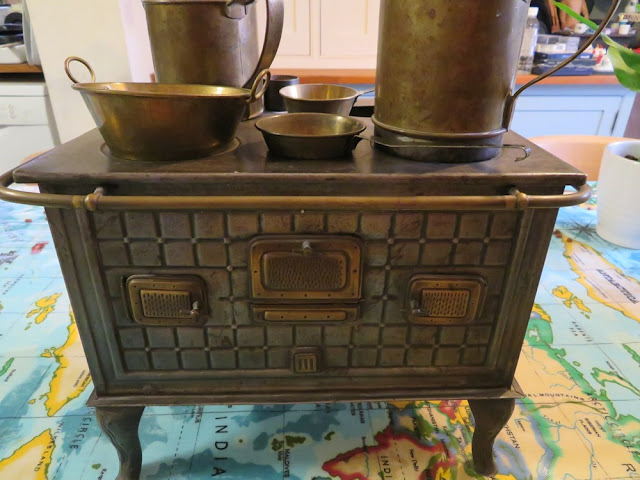 One of the things that made me go for this one, apart from the size, was the design on the front and the rail round the top. I can just see a tea towel hanging over that rail ! 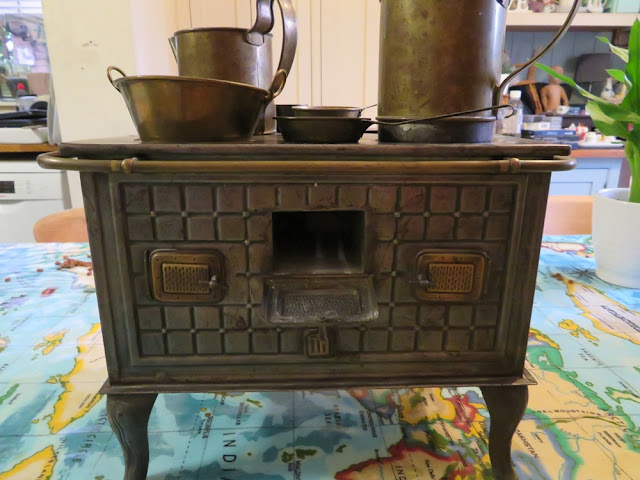 All the doors open. 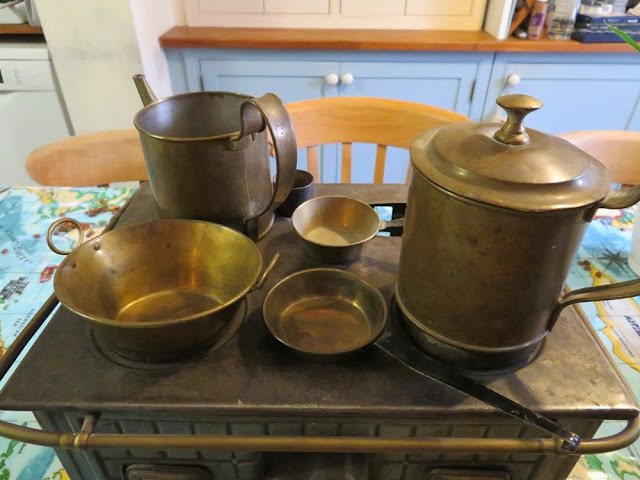 The pots that came with it. 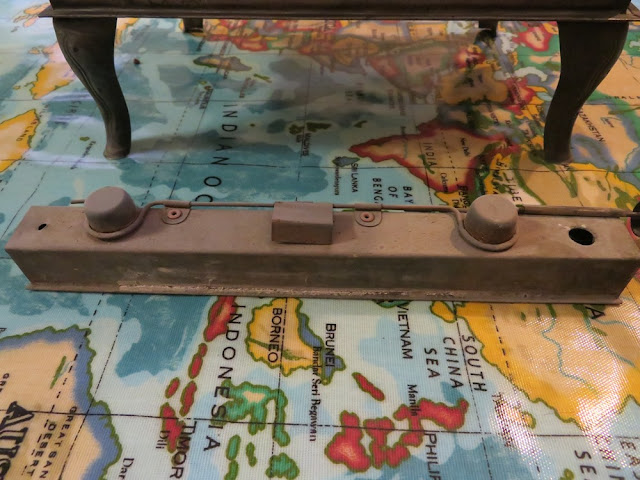 Amazingly, even though this is a child's toy from the 1920's , this is the paraffin holder which would have a wick in and lit to help 'cook' the food! I can just see some toy manufacturer trying to get that past health and safely !