INVADERS IN THE GARDEN

Today the Sasha Village was invaded by the Schoenhut dolls! They decided that the new table and chairs are just perfect for them!. 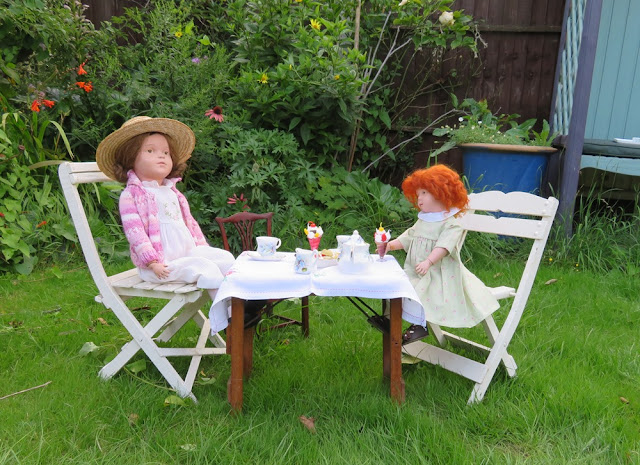 and so it was that I found Evelyn and Gertie sharing the new table and chairs in the flower garden! 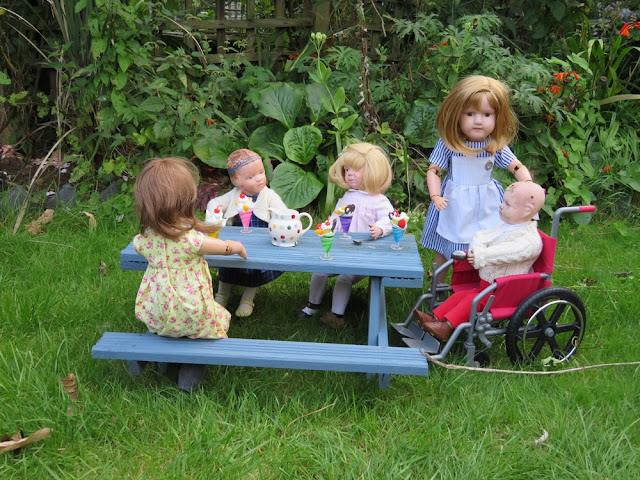 While Ivy settled Edward who is still recovering from his fall at the table with the girls. 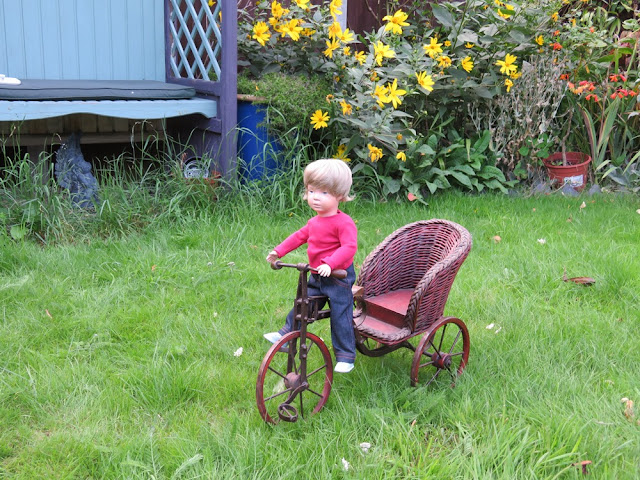 Cousin Ron was still playing on the carriage cycle. 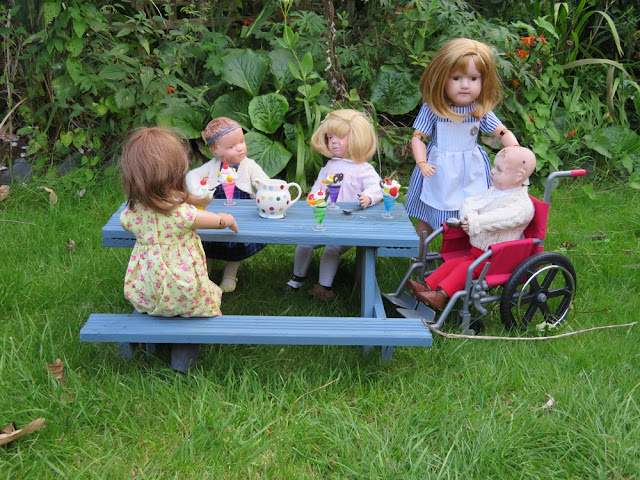 Aunt Evelyn had treated everyone to an Ice cream Sundae but poor Edward could not get close enough to the table in his wheelchair. 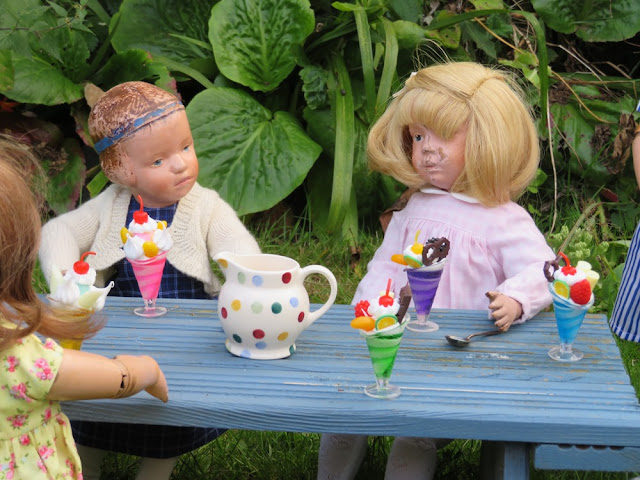 Clara and Lillie were trying to decide just which part to eat first! 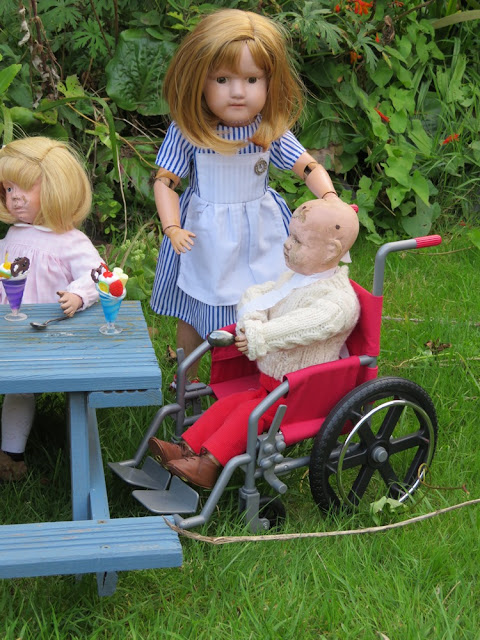 " I could lift you out of the chair and put you on the bench " suggests Ivy but Edward feels safe in the wheelchair and shakes his head. 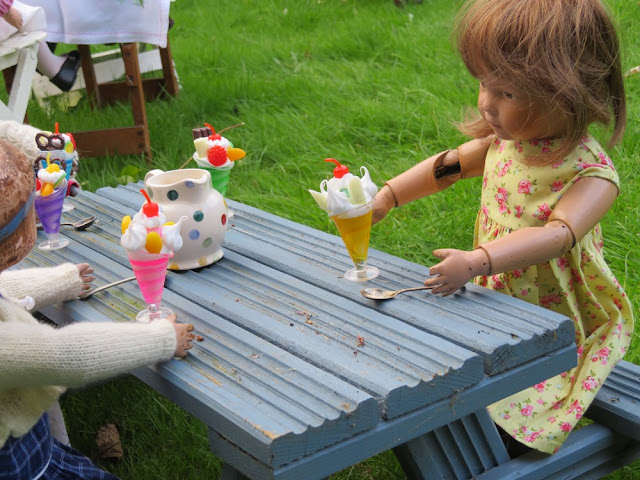 " Lemon is my most favourite " sighs  Maudie 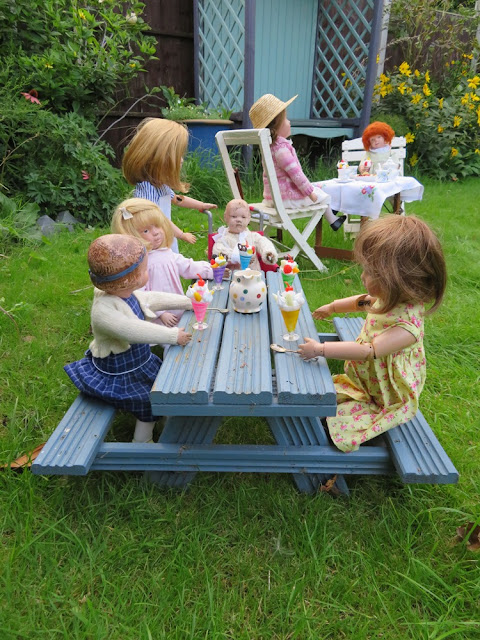 all the children are so excited to be having such a treat! 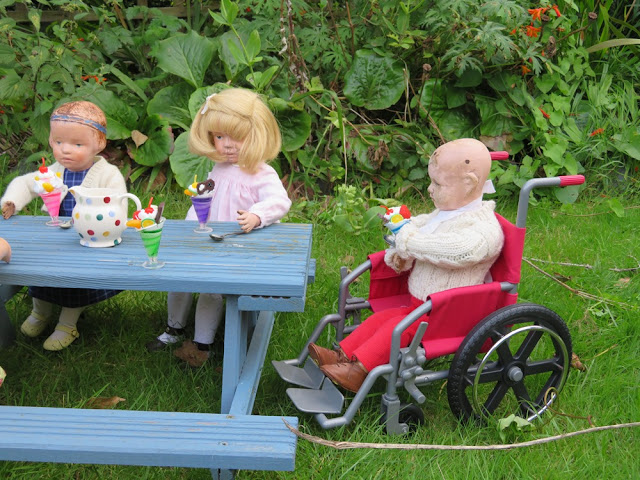 ivy and Edward finally agree that he can hold the Sundae in his arm but instead of starting to eat it he just gazes happily at it ! 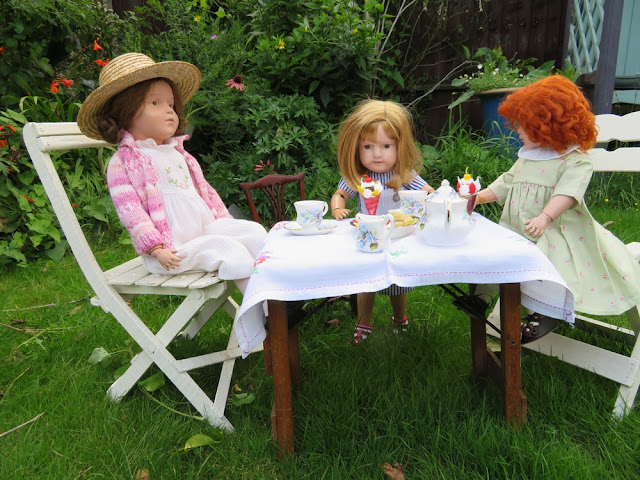 Aunt Evelyn does not like ice cream! She says it's far to cold and she much prefers a nice cup of tea and a cake. But Ivy is torn.. should she have the lovely strawberry sundae or tea and cake / what to do! 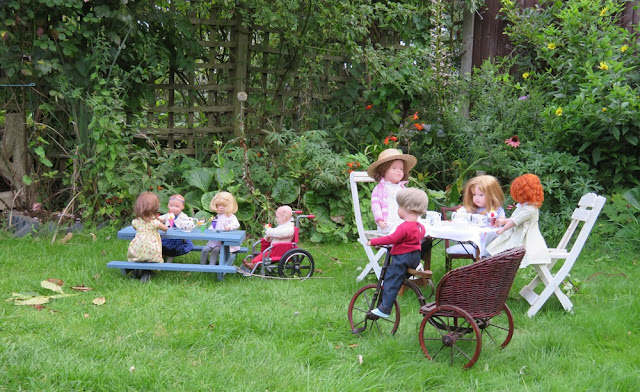 Cousin Ron meanwhile is cycling madly towards the girls call for them to leave his sundae alone! Not that are interested in his sundae ! 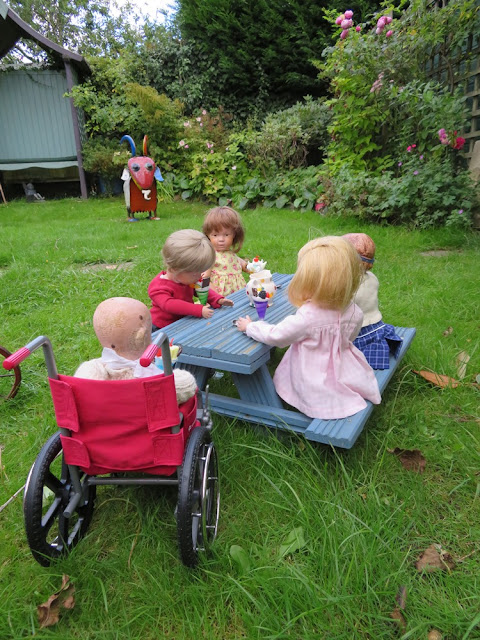 "Ron!" " Ugh!" " Gross!" says the girls as Ron leaps from the bike and buries his face in his sundae! 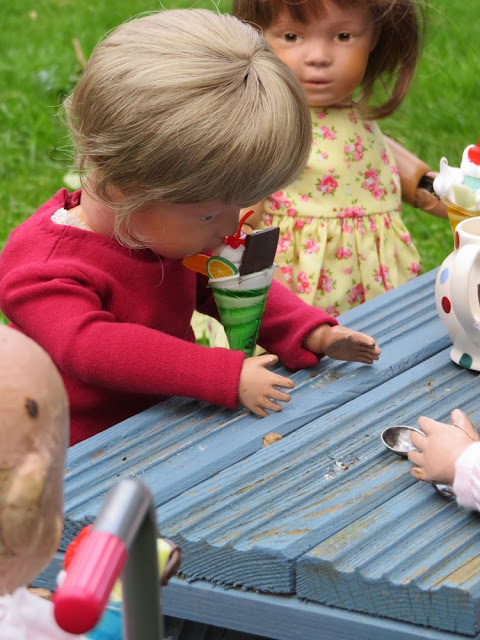 "You are such an piggy!" says Maudie watching Ron lick his sundae ! 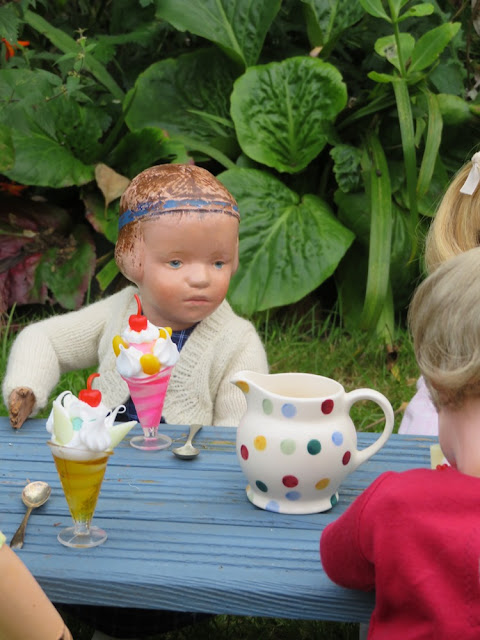 Clara cannot quite believe her eyes at Ron's antic's ! Boys! 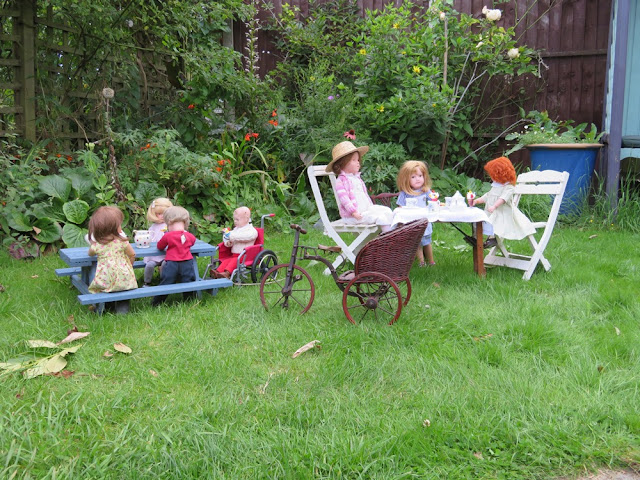 Lucky for cousin Ron , his mum Ivy and her friend Evelyn are too busy talking to notice his behavour, so he gets away with it.. this time!

Soon's it's time to clear up and go back indoors before the Sasha's and Gregors come to claim back the garden. The Schoenhuts have had a lovely afternoon. 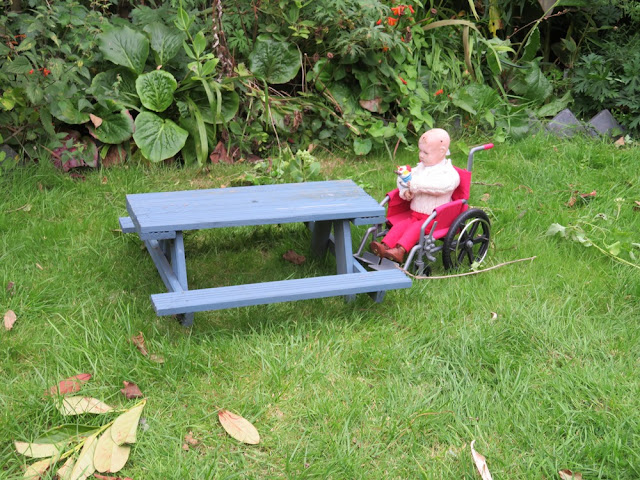 Oh dear! I think they've forgotten Edward ! Not that he's noticed , he's still admiring his now very melted ice cream sundae , hopefully he'll have eaten it by the time they come back to find him!

So why are these 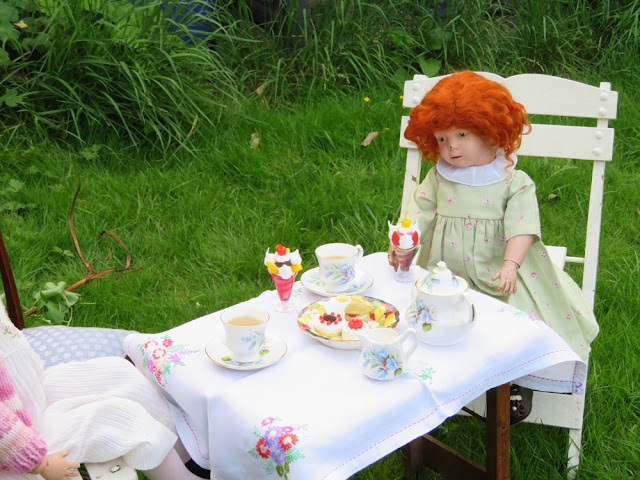 Table and two white chairs and ironing board Top of the Props? Loved the guesses but no one was anywhere near!
They are Top of the Props ......because I won them for the maiden bid of  FIVE POUNDS! making each one having cost the princely sum of £1.25 p  a bargain!

Sorry to those who only love Sasha but the Schoenhuts needed some fresh air :)