And yes I will say it once again.. that's come round really quick! We had a quiet Christmas here due to having to change our plans.

Our daughter , who lives at home, unfortunately came down with a virus on Christmas day so was unwell and is still recovering with a hacking cough and the sneezes.

Then just before Christmas, my 98 year old father in law, fell and broke his right elbow , while out getting his hair cut. He lives close to Paul's older brother, so that side of the family mainly deals with his general needs. He also doesn't like to sleep away from home so didn't want to come and stay with either of his sons. Also with my daughter having a virus it wasn't an ideal time to have people stay over.

It's just over a two hour round trip from us to his dad's ,so on Friday Paul went to stay at his until this coming Monday to take care of him , while his brother and his wife were away on a prebooked Christmas break.

Which meant we cancelled our family get together until this coming weekend, once we know his dad will have family close around. He found the plaster cast they put on his arm so heavy he could not get himself up, it has been changed but even this one he finds heavy although not as bad as the first.

My eldest daughter and I went to visit him and Paul today and I'm pleased to say he seemed a lot brighter and to have got over the shock of his accident.

So with Lindsey mostly sleeping and Paul away, it was me and the cats and dogs over the last few days, although I did work on Saturday, which got me out and about.

Time passed with not much happening but things should spark into life later this week with Paul's return, Lindsey cold on it's way out and family visiting. 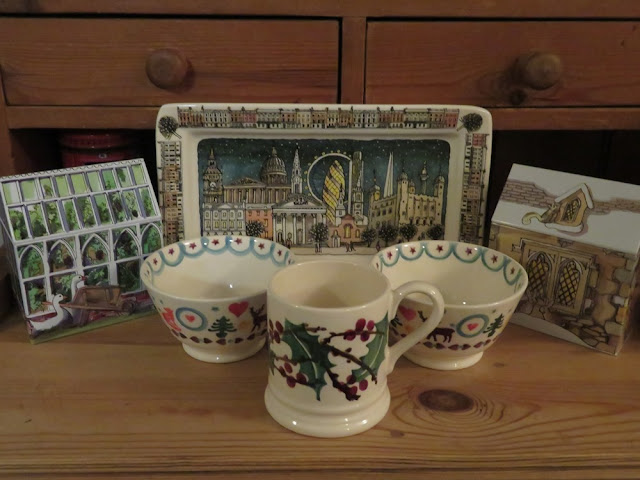 I seem to have had an Emma Bridgewater Christmas , having received the above items from family and friends. 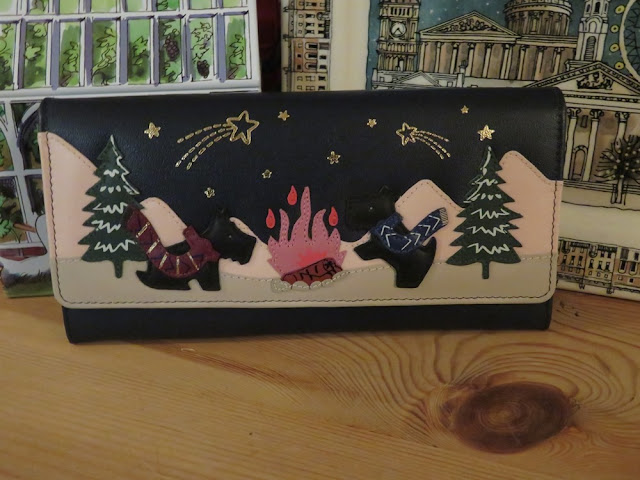 I also love Radley handbags and one of my daughter's bought me this picture purse from their range.

Well all being well I'll be back to write my end of year review and prepare for the new year ahead.