It's a new year and so ,of course, I'm having a BIG clear out ! I am determined to reduce the amount of clothing and therefore the amount of boxes they are stored in.

First off there is so much of different sized doll clothing thrown in together in loads of different boxes, mainly from when I was sorting last time, then had to move on, so everything was boxed or bagged. 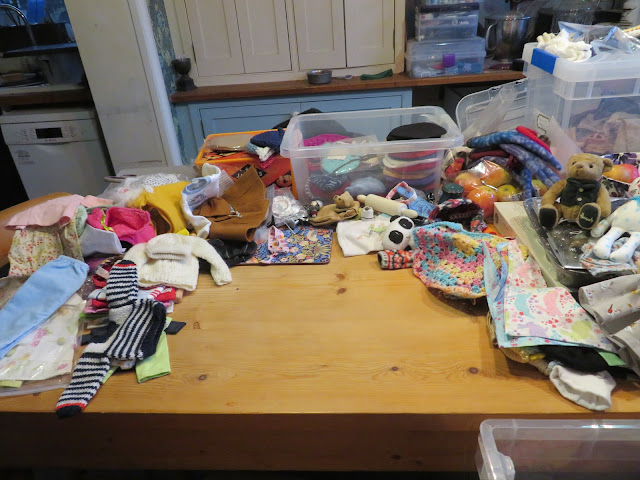 So I am emptying the boxes of mixed items and putting them into piles and then placing them into boxes of similar sized doll clothes. 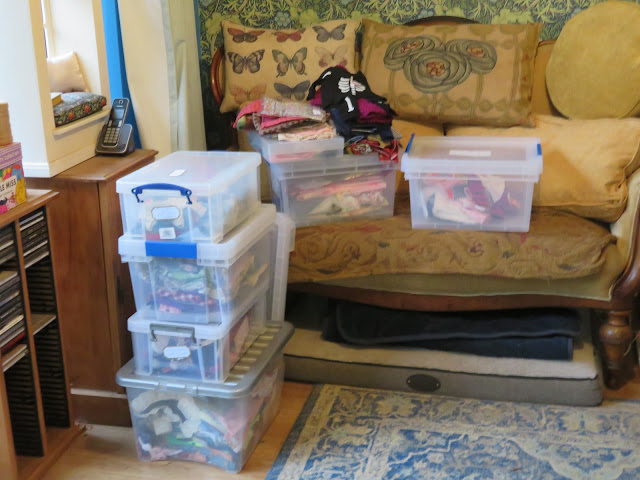 Just some of the boxes yet to be sorted through a second time. The two boxes on the sofa are the boxes containing clothes to be sold.

I'm listing on my sales page and also the bazaar which takes up a lot of time, along with the enquiries about times, then bagging and posting. It's almost like being at work !!

Well one of the items in a box was a beautiful smocked Boneka dress that came off a soft bodied Pongratz doll that I sold on years back ( Should have kept her really ) . 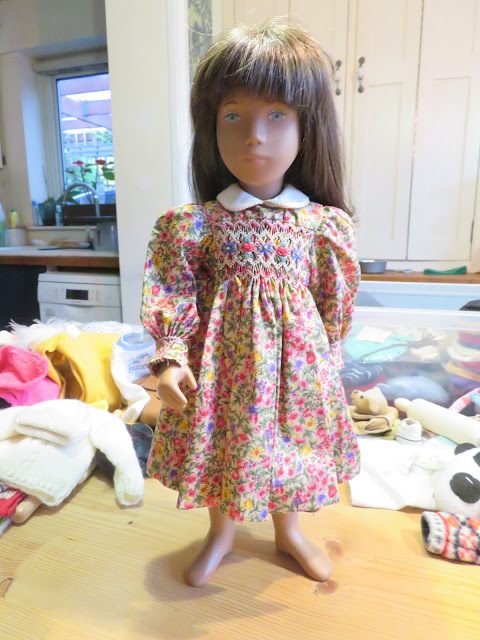 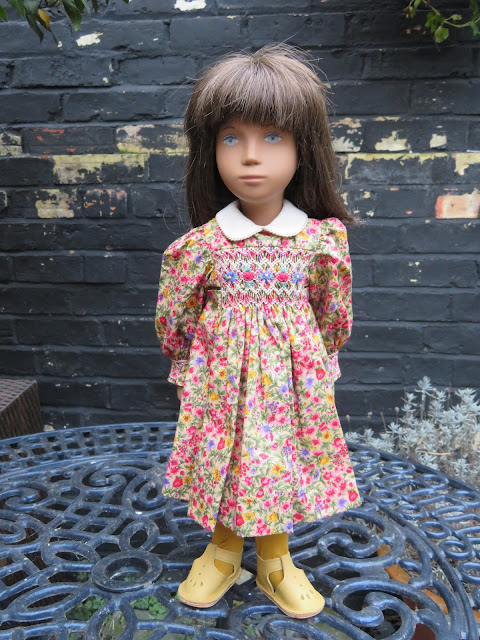 Violet, who today has been helping me by trying on clothes, kindly tried it on. 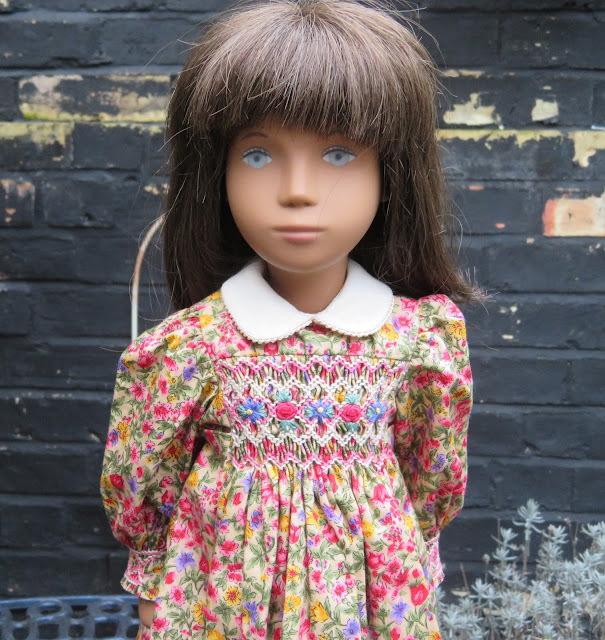 A beautiful dress and not quite as vibrant as shown in the photos, where the camera seems to have zinged out the pink, but it does have an issue ! Which it also had when it was on the Pongratz doll 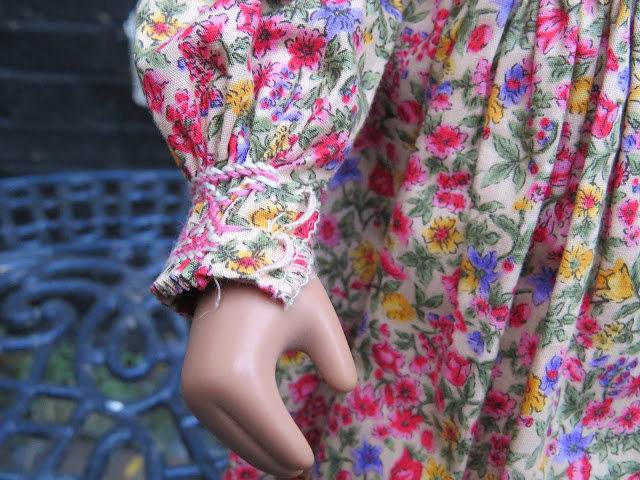 The smocking at the wrist makes it too small to do up ! So I will need to maybe add a small slip of fabric to enable me to do up the buttons.

Well while the camera battery recharges, I'd best get back to my sorting, Violet can keep the dress on and hopefully I'll then remember, once I have finished sorting , to see if I can get those buttons done up !