On the Facebook group this weeks theme is who is your dream / wished for doll ?

Well having collected Sasha's for about twelve years now, I have actually had most of them at one time or another apart from maybe a few of the rarer ones and a Studio doll. So there is not Sasha or Gregor that I long to add , so do not have a wish list.

Would I like a Studio doll? Yes if she fell into my lap for a song ! But I also know I'd probably land up selling her on after a few months because I'd worry about her getting damaged but then maybe not if I got her really cheap !

So it was back in the early days that I looked at the pricey dolls and thought I'd never pay that for a doll !! Oh yes I did say that.

Then I saw a doll I just fell in love with and was pricey but I decided that I had to bite the bullet and buy her. Her hair had slightly put me off but plans were made to send her via Alison for a few extra original strands to be added.

She arrived and it was love, not at first sight, her hair was still a little sparse , but she had an attitude that made her hard to ignore and she was soon in my heart , But this was back in 2012 early days of my collecting, so the worry of her cost eventually made me sell her on.

So my answer to the theme was I didn't have a wish list doll but I would mind having one girl I'd sold on back for good. 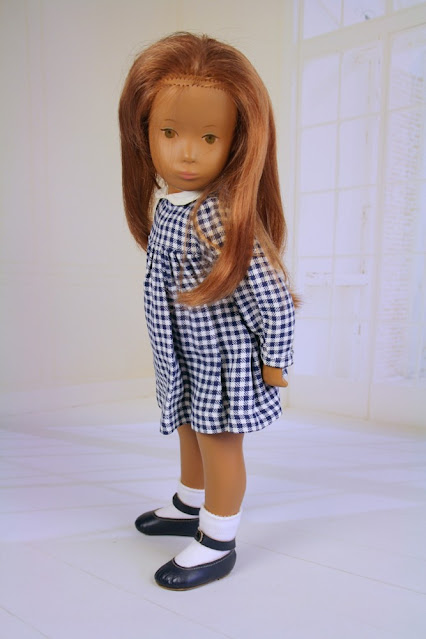 Her photos on Shelly's. 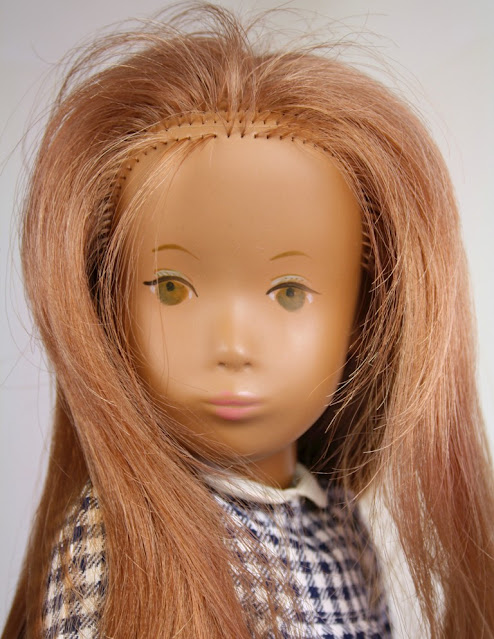 and when she arrived here below 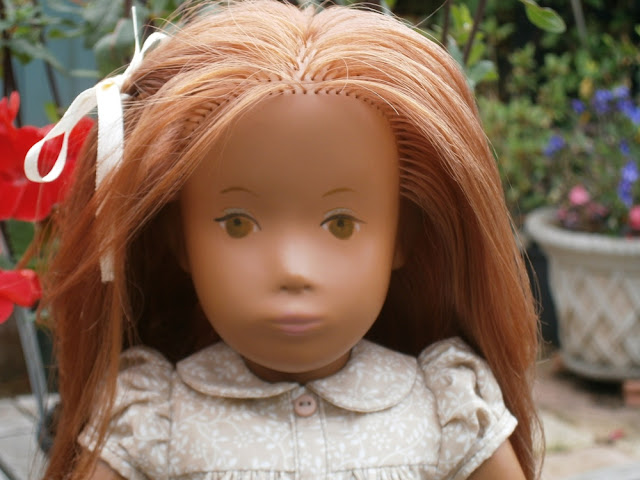 So I shared her photo today on the group, this one below of her in her duffle coat. 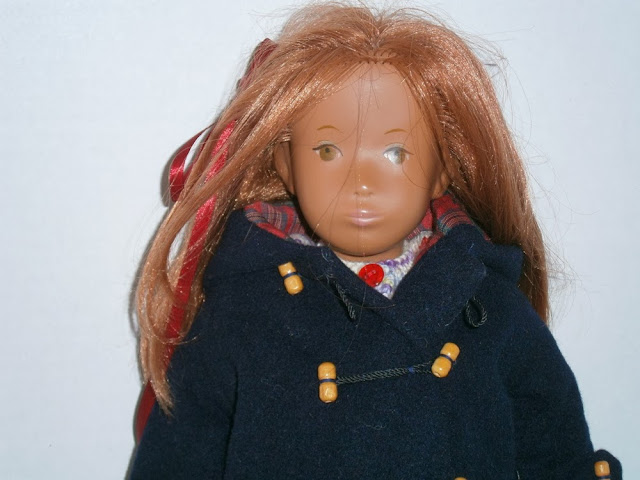 and it set me to thinking ! If I wanted her to return I needed to tell her owner , that if she was ready to sell her in future could I have first refusal. Now I knew who'd bought her when I sold her but I also knew she'd gone back to Shelly's after that and been sold again. 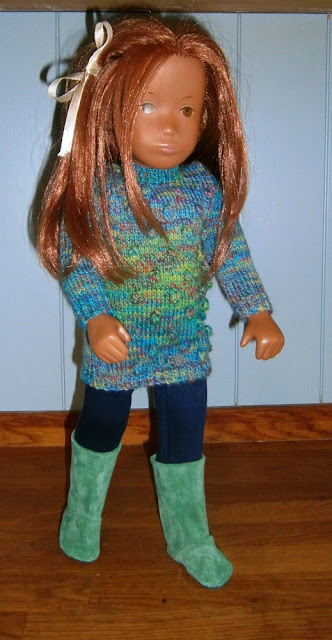 However I saw her at the Chat n Snap a few years back, I knew it was her, she had even kept her name , Arabella !

So I messaged her mum and asked to be given first refusal and guess what ? She was willing to to let me adopt her !! She loves her too but is happy for me to have her back !