MORE INFO FROM ACROSS THE POND!

Ellen Church read yesterdays post about her three No navel's with one looking much smaller than the other two and set out to investigate.

It would appear that Hazel, the petite looking girl , does not look quite so small against her sisters as it would appear.

Ellen's kindly sent us some photo's so we can have a good look for ourselves. 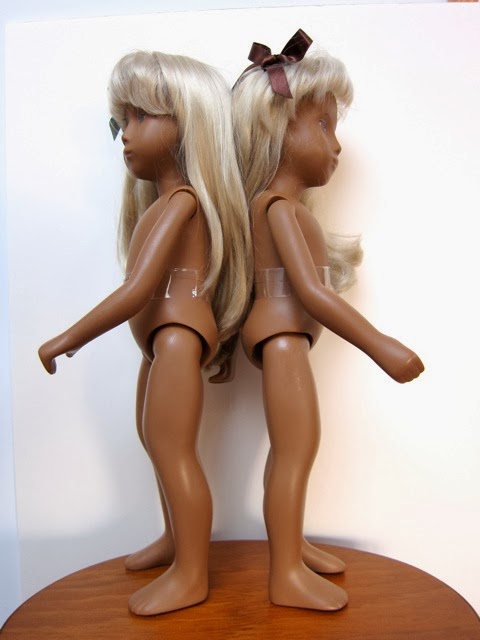 In this photo they appear to be almost the same height but Hazel on the right's shoulder looks slightly lower than her sister sky's. 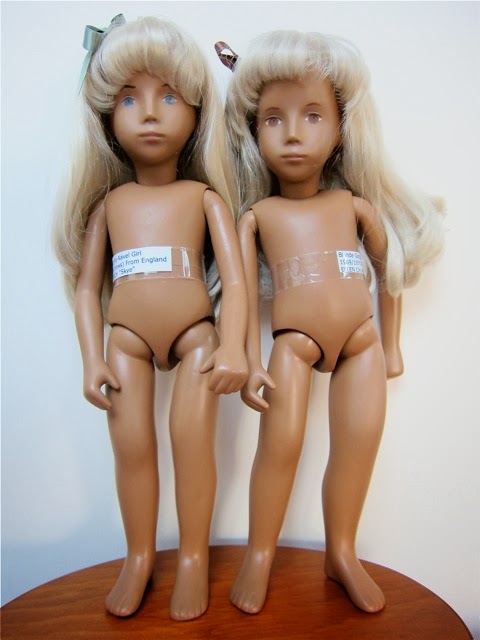 Ellen says that Hazel's legs appear thicker than her sisters and her torso also. 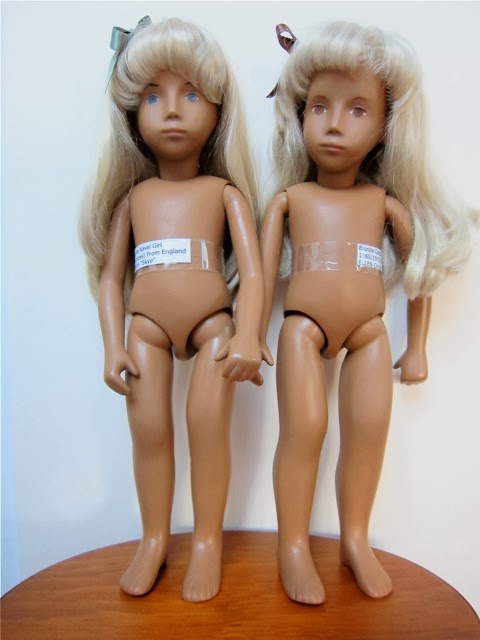 Hazel being the girl with a brown ribbon in her hair. 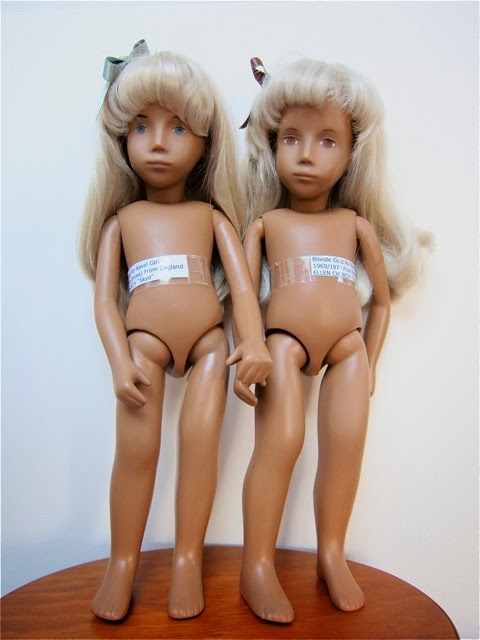 I think the legs appear the same size but maybe the torso slightly shorter? 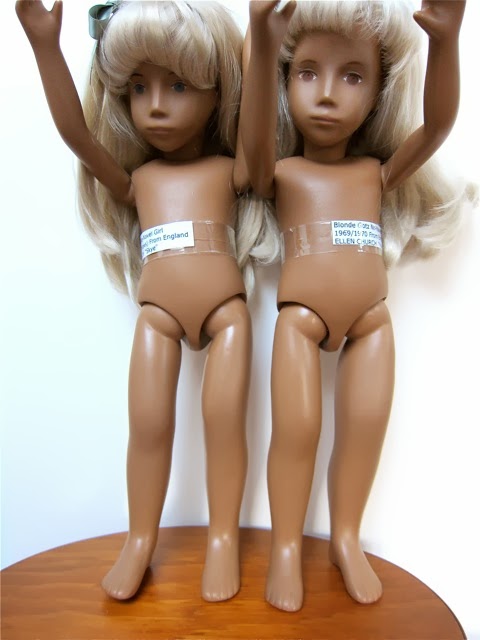 but then here Hazel looks the same as her sister?

This is what Ellen had to say..

Here are the two NN girls that were standing beside each other in the dressed photos. Hazel, with the brown hair ribbon and brown eyes, seems to have slighter shorter chubbier legs depending on what angle you look at them. Hazel definitely appears to have a wider torso and less of a waist than Sky’s that looks to be thinner and more drawn out with a more shapely waist. I think the way the parts of the body were pulled from the mould can play a part in these differences. When several body parts that are differ from the standard are put together, the effect can be made more noticeable. It also makes a difference in where the photographer stands with the camera. Photos taken at an angle can also distort the image to one side or the other

In fact thinking about it Ginny my red haired waif No Navel is smaller than her sisters ! I will take a couple of  photo's of them together tomorrow. In Ginny's case her leg always sticks out to the side which probably alters her height when standing with her more up right siblings, but these girl's Hazel and Sky appear to have nice straight legs.