Well I wanted to find out if Meredith was a Single fringe 68 girl with a side part. So I asked Steve who owns a couple , one is  also a brunette.

So here is the photo of his girl taken by Shelly from when he saw her and bought her. 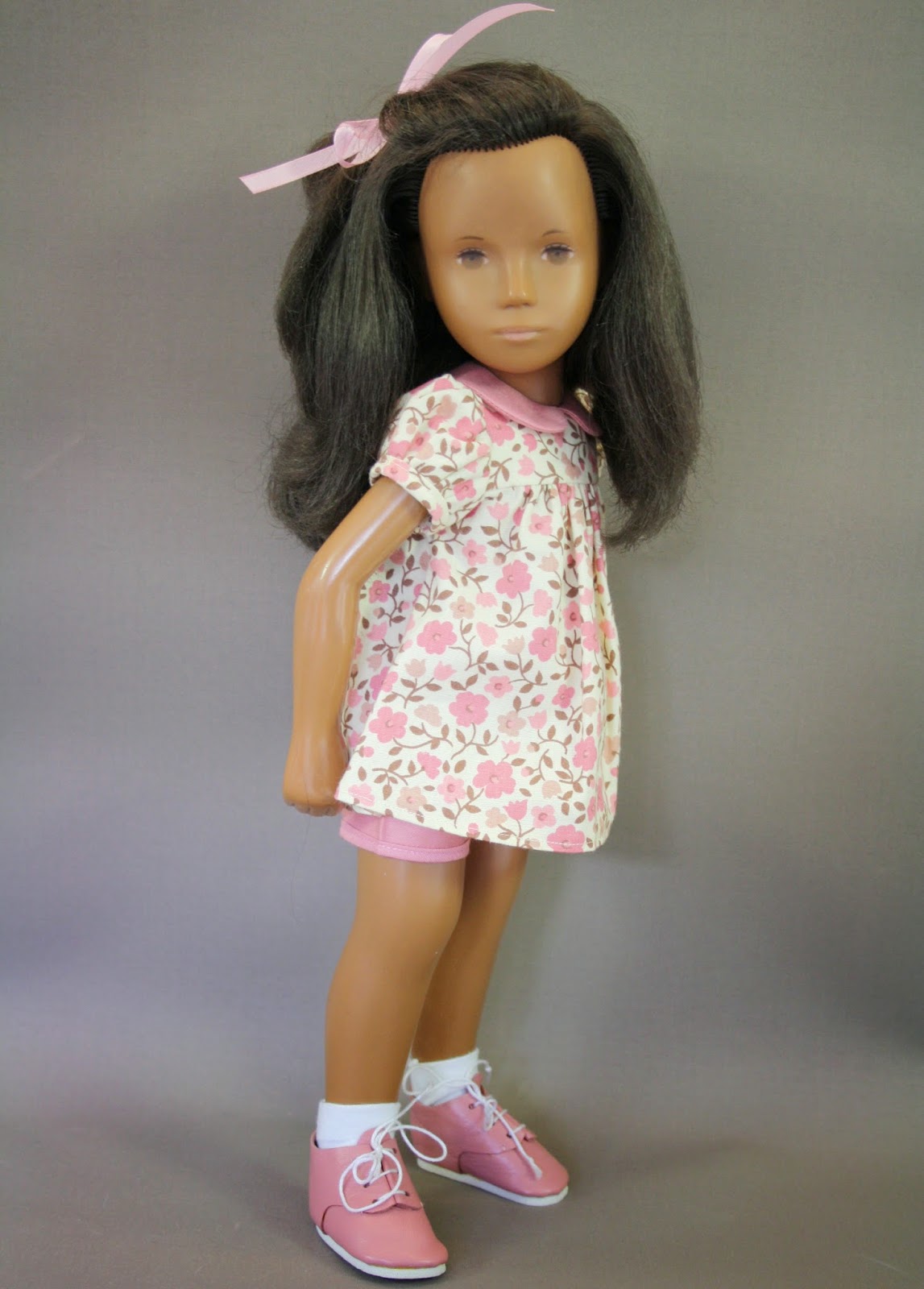 Her fringe was also swept up in her hair. 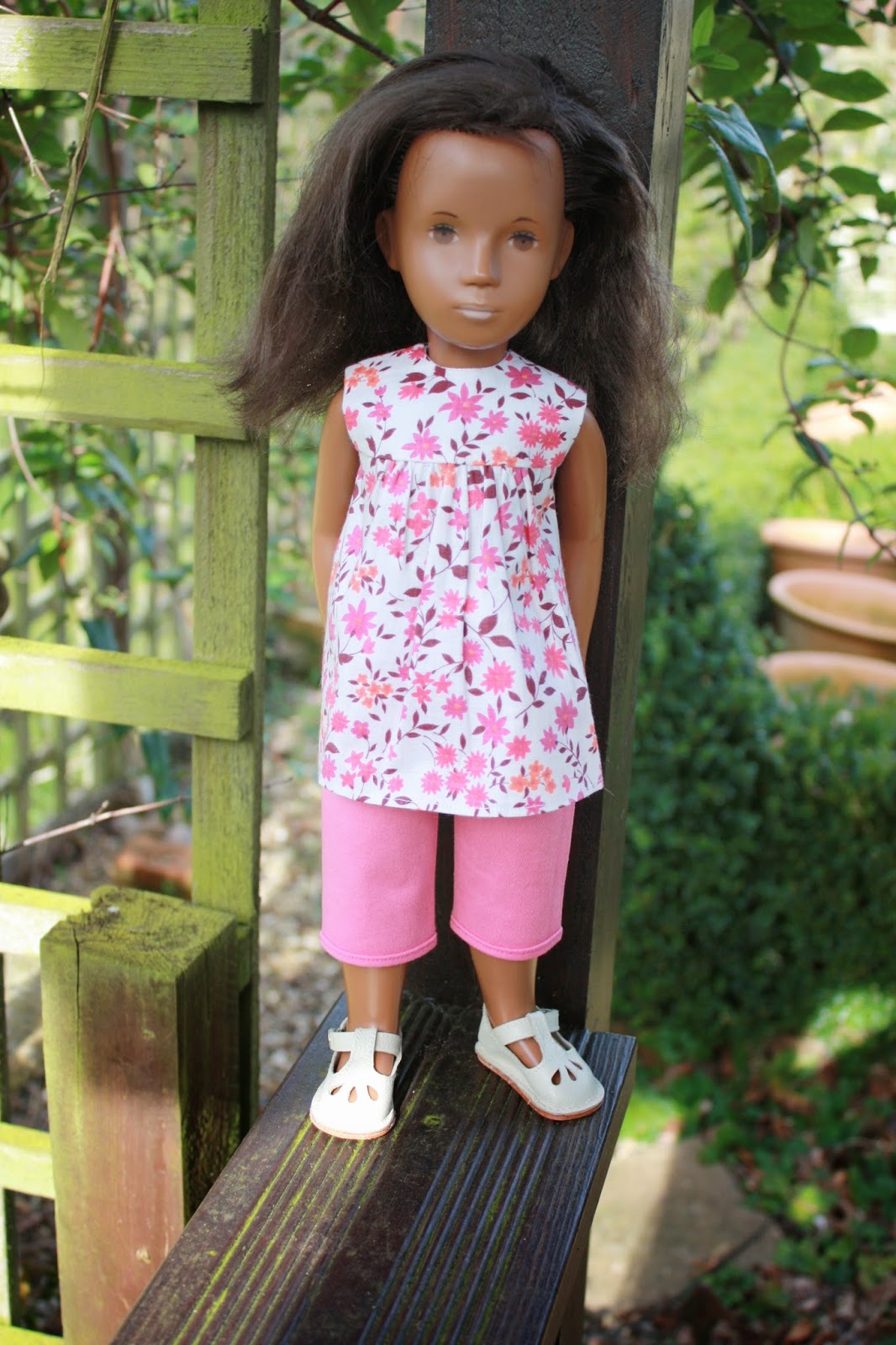 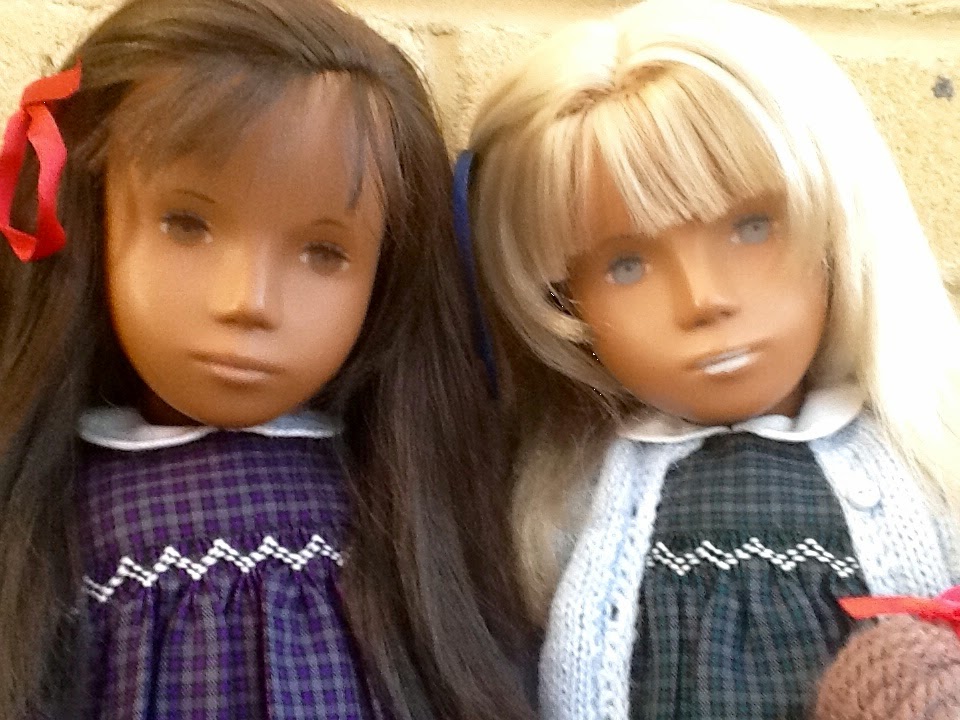 Steve tried teasing some of the fringe out. 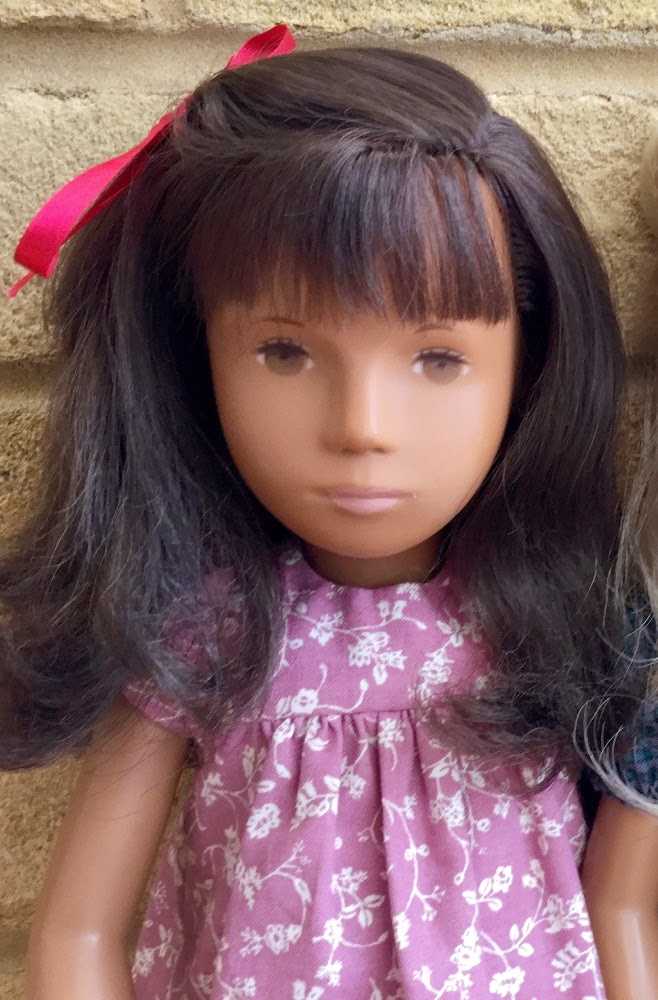 But then he gave up and sent her off to Brenda to sort out and here she is with her fringe restored!

So I will search for Meredith's fringe and work on her hair to try to achieve a look nearer to this as she should be and failing that Brenda........

Many thanks to Steve for sharing his photo's and knowledge.

also in the Sasha Bible it says....and I quote

From the latter part of 1967 through all of 1968, all brunette girls had side parts to the crown on the left side. All brunettes to the end of 1968 were dressed as Gingham.


So I have established that she is a 1968 single fringe side part Gingham, my favourite year and style.

I found this information in the three Ann's book Sasha Dolls, Series Identification, the best book to have to help you identify your Sasha's and their clothing.