ONE DAY TILL CHRISTMAS..

It was very late when  Lucas , Edward and Mossy finally reached home. 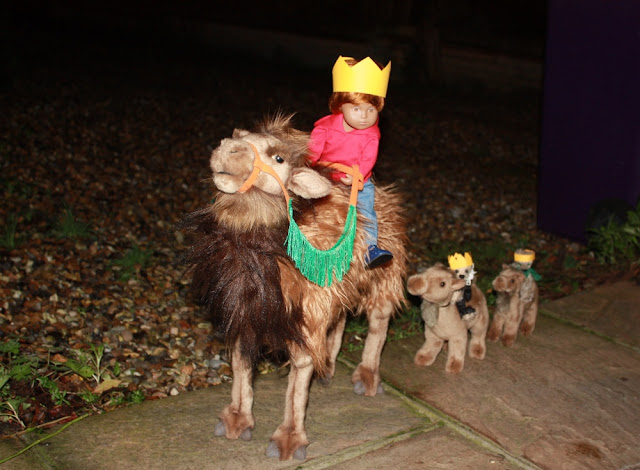 They were all tired and what had seemed like a great idea , now felt not so. 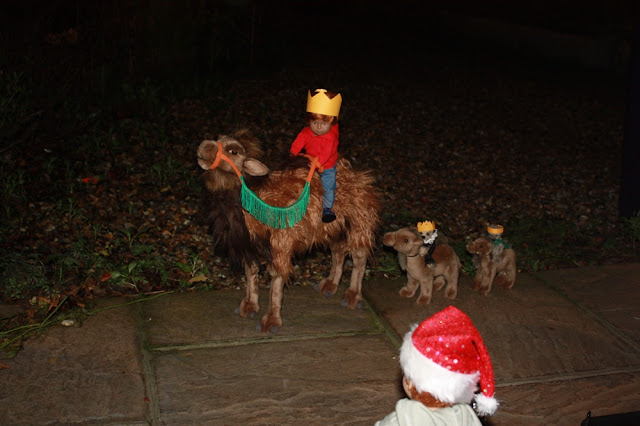 Suddenly someone appeared out of the darkness " Is that you Santa? " asked Lucas in a worried voice. 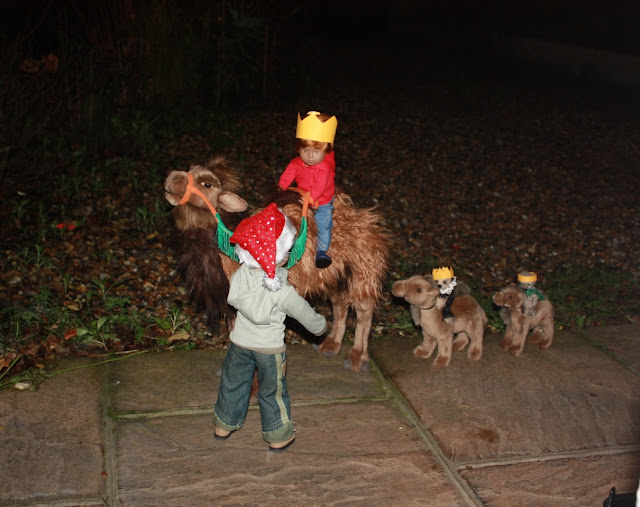 "No" Said the person moving forward " It's not Santa ! I don't think Santa will be visiting here tonight, do you? "

"WHAT!" cries Mossy, tears gathering in his eyes " No Santa? " 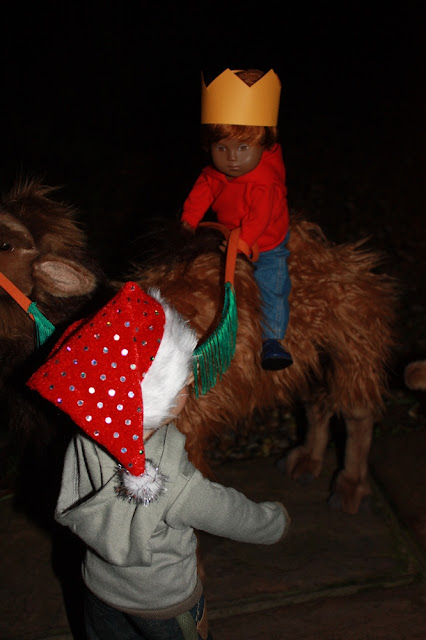 "But Ben I was just being a king for Jesus time!" gulps Lucas also looking tearful 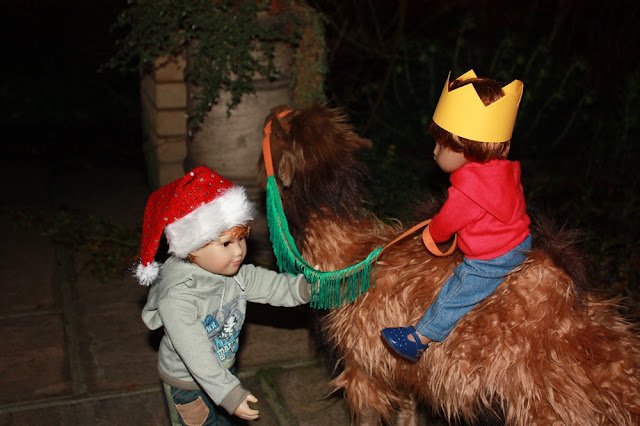 " I can see that but you took these camels from the zoo without permission !"
Lucas replies in a tearful voice " But I left them a note and all my pocket moneys !" 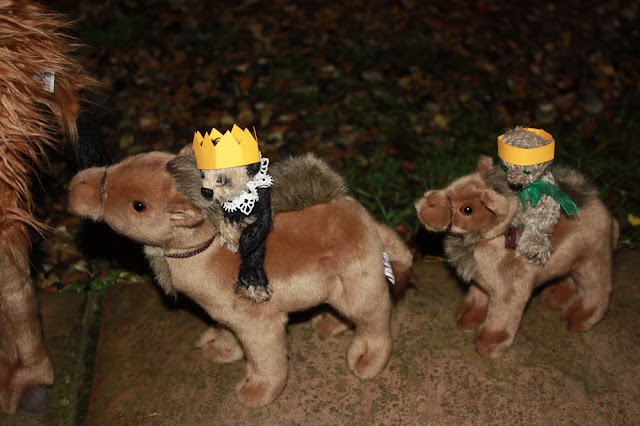 Edward collapses in relief ! maybe he won't have to go to prison after all ! 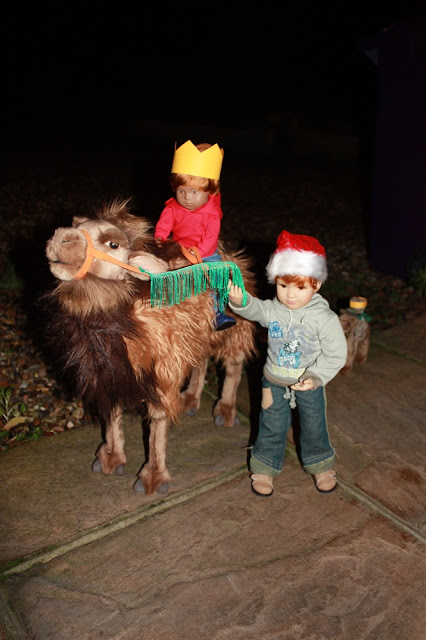 Taking hold of the reigns Ben starts leading Lucas towards the garden, so that the camel's could be sheltered for the night. 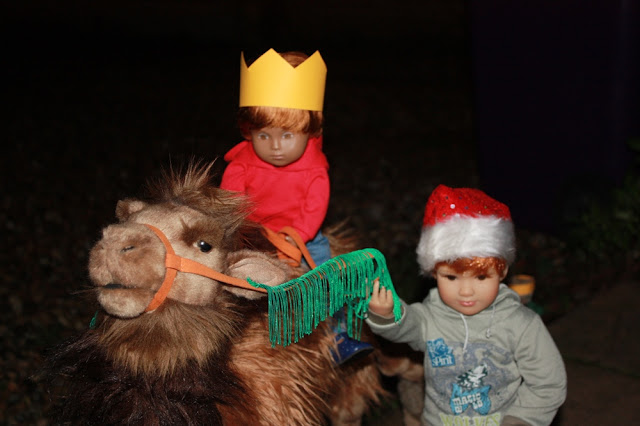 "Lucky for you , they found the money and the note and after calling Dad, he smoothed it all over with a donation and a promise that you'd not do it again " said Ben " Oh and in the summer Dad's taking you to the zoo, where you have to help clean out the camels every Sunday for a month. 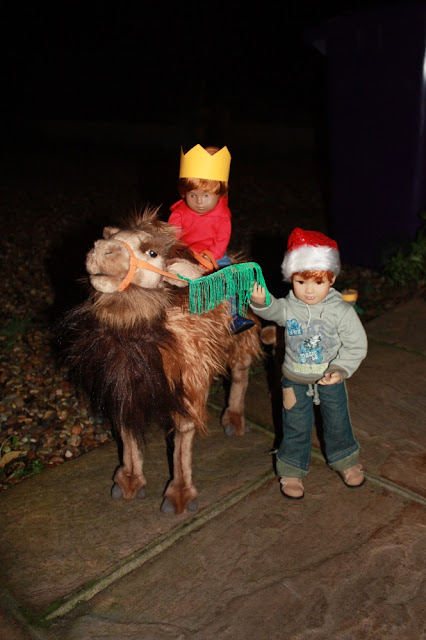 " Clean out them's poop! " says Lucas wrinkling up his nose in distaste , then yawning  " That's not fair "
"Yes It is " says Ben then smiling gently continues " I'll come and help you, so don't worry " 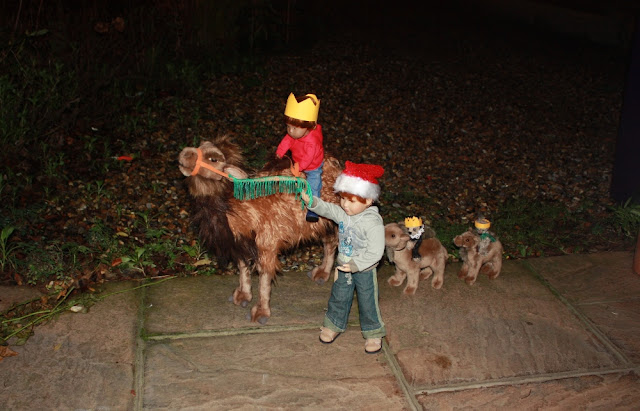