Some how Edward and Mossy managed to escape from the zoo and catch up with that tike Lucas!

Edward could not decide if this was a good or a bad thing! 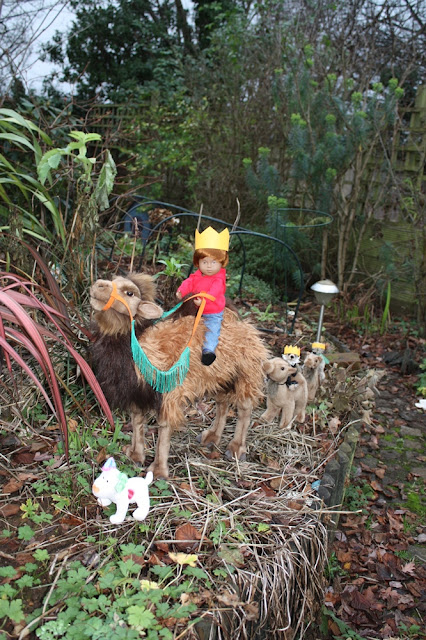 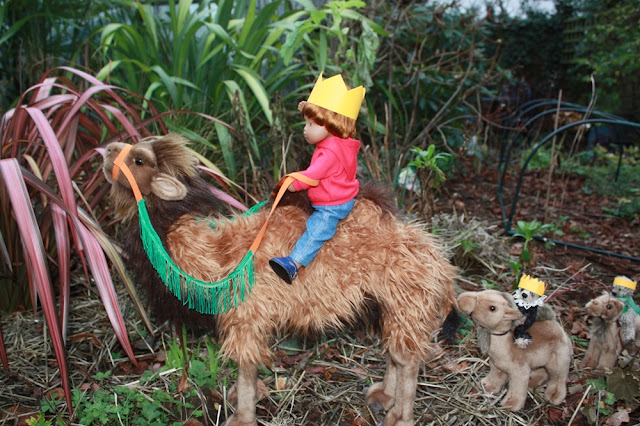 " That nasty old teacher gonna have to let me be a king now! and you can be the other kings!" says Lucas gleefully. 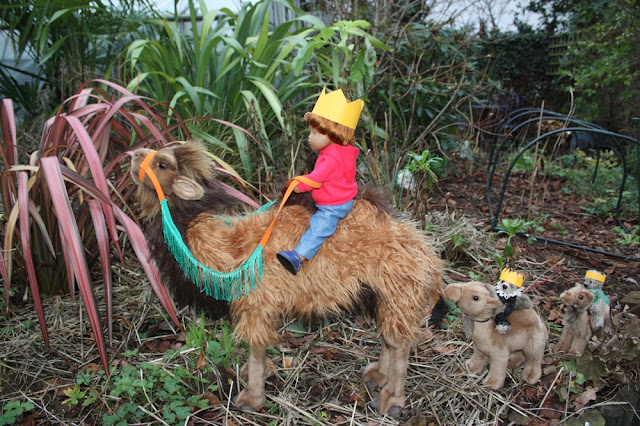 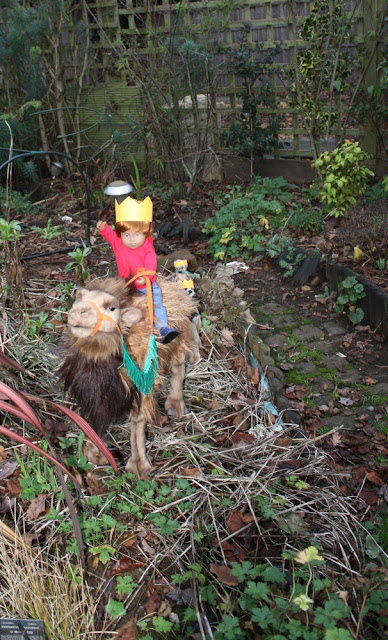 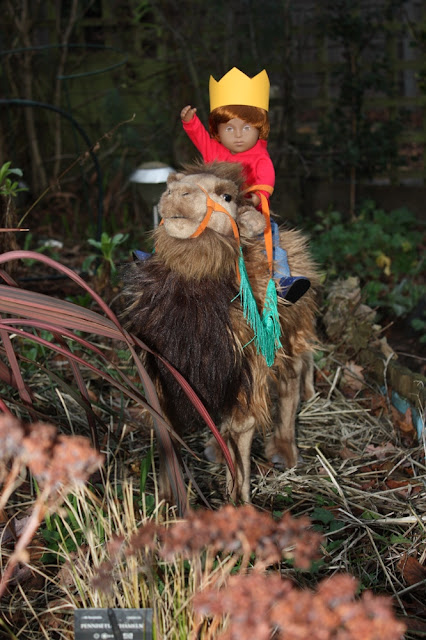 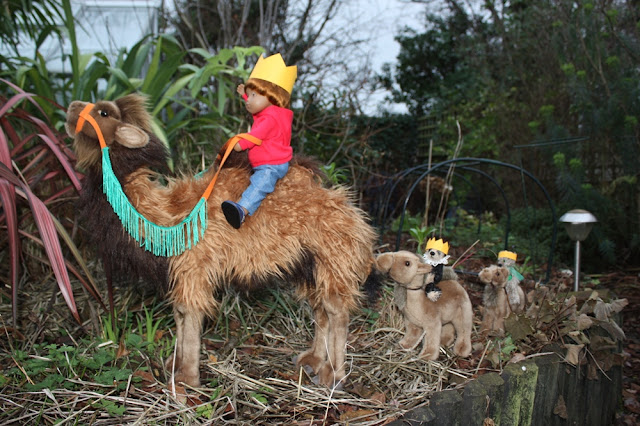 "You'll be travelling to prison that's where you'll be travelling young Lucas, if you don't agree to turn these animals round and take them back to the zoo " argues Edward sternly
Lucas ignores him , busy enjoying himself "  O star of wonder, star of night, star of royal beauty bright!" 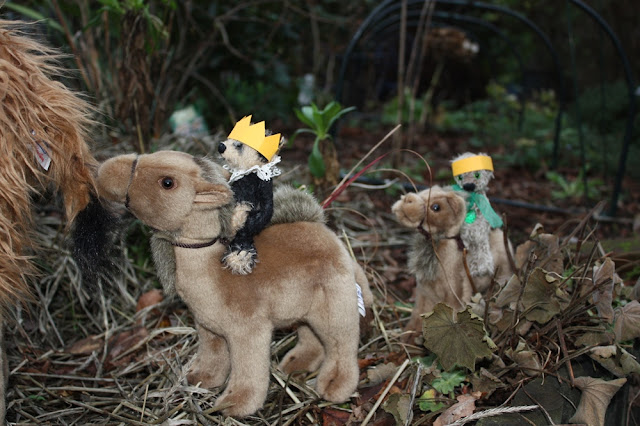 "LUCAS!" shouts Edward losing his temper, behind him Mossy follows mumbling.. " Why do I have to have this plain ole crown! I want one with points like that! It's just not fa.."
Without turning Edward growls " You''ll have no need of a crown when they slam the prison door shut on you for stealing a camel ! "
"Pardon! I did not steal a camel! That boy did , he took them all not me!"
"Well when they catch you on one , they'll not worry about who took, it just that you are riding it! "
" I'm getting off this camel right now!" say Mossy looking about for somewhere to jump down onto, but the ground seems very far way for a little bear! 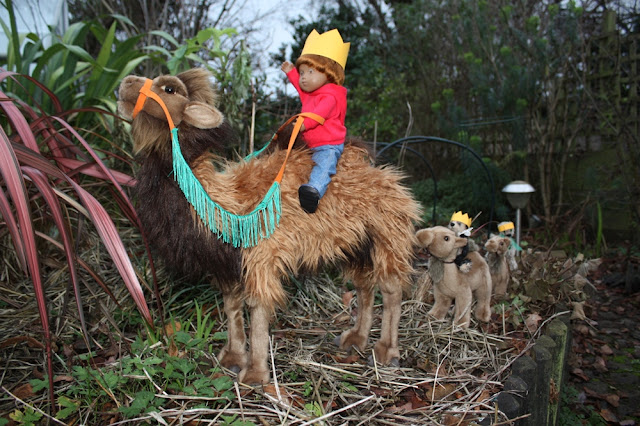 "Born a King on Bethlehem's plain...Gold I bring to crown him again "
"I'll crown you young Lucas if you don't turn these beasts about and head back Now!
Edward tries to turn his beast " tut tut , " he pulls on the rope to try and turn him but the camel just spits and pulls back and carries on following his mother in front. 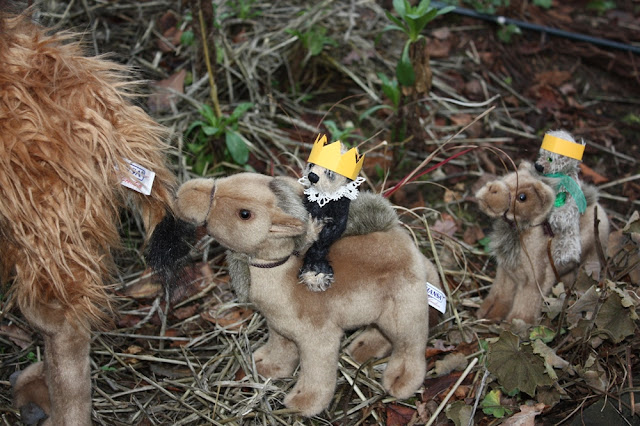 " Why me ! why" says Edward forlornly giving up and resting against the little camels hump knowing it's going to be a long night... which would probably end with him in prison....