A FEW DAYS AWAY

Well despite all we need to get done before the plumber arrives, we'd booked a week away in East Sussex, this was before he'd confirmed when he'd be coming so we came home a day early so that we can be ready for plumber.More about all that tomorrow maybe.

What's in East Sussex I can hear you asking. To start with it's the place that William the conqueror landed in 1066 on the beach at Pevensey and then proceeded to fight and win the battle against Harold at the place now called Battle.

William donated money for an Abbey to be built on the site of the Battle and from that sprang the village of Battle, which I high recommend for a visit should you ever get the chance. 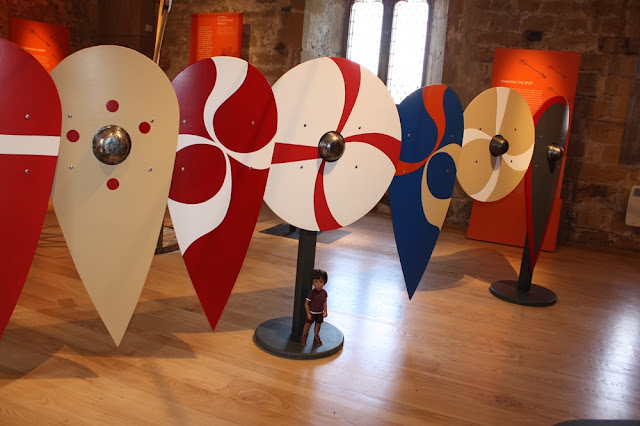 So who did I take to visit Battle Abbey ? 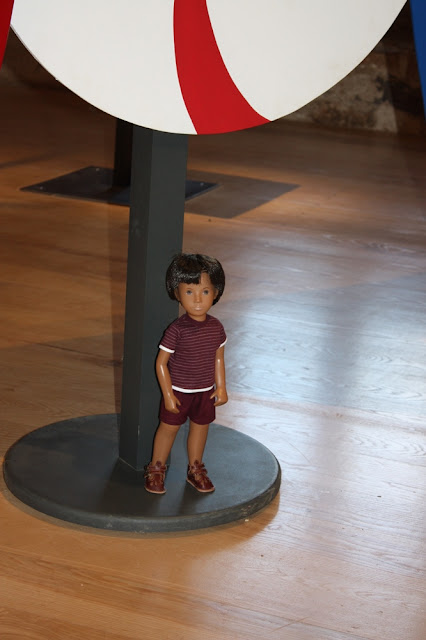 Ragnor Wolfbane one of my little Vikings! Harold had defeated the vikings at the Battle of Stamford Bridge and had to turn round and march his men back to Sussex to meet with William. Ragnor insists that if he'd been at Stamford Bridge we'd all now be vikings!! He's such a sweet boy 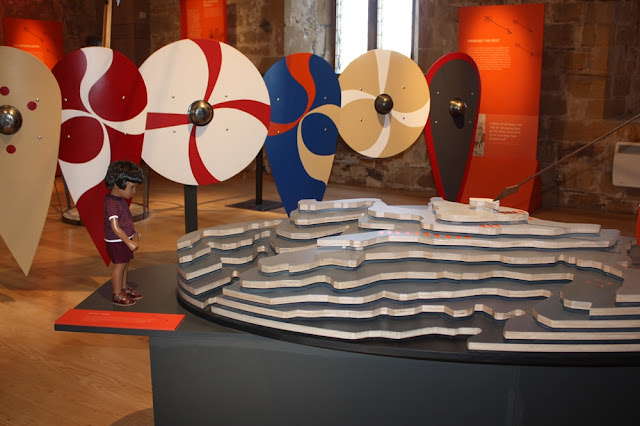 This is a layout of the Battle field, Ragnor finds it very interesting. 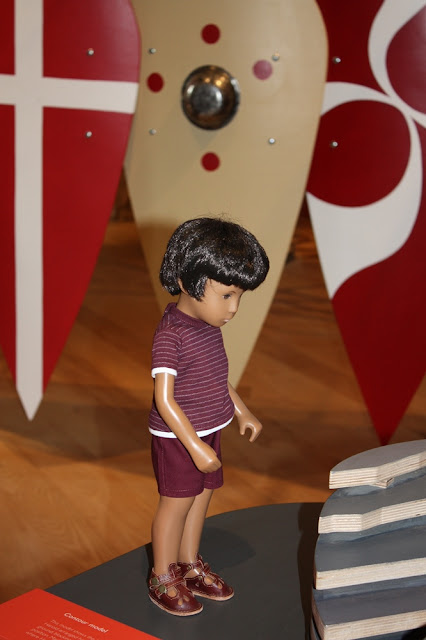 He tells me he is picking up tips should he ever need to go into battle. 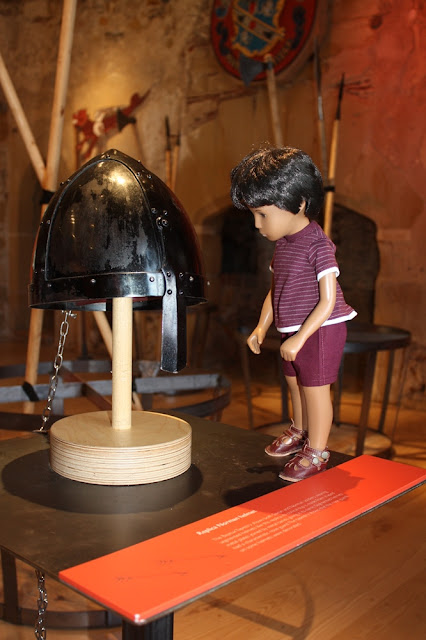 He inspects their helmets. 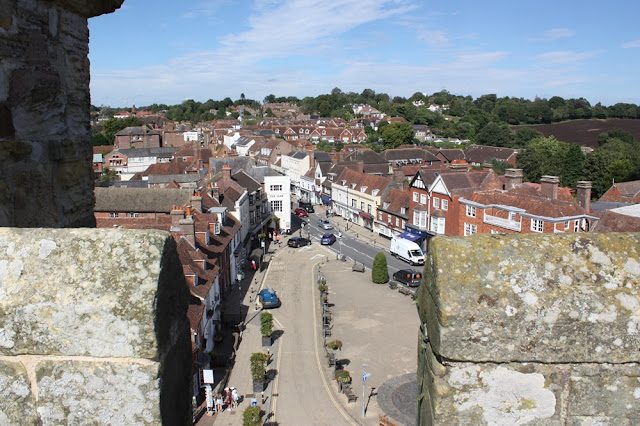 The view from the top of the gate tower 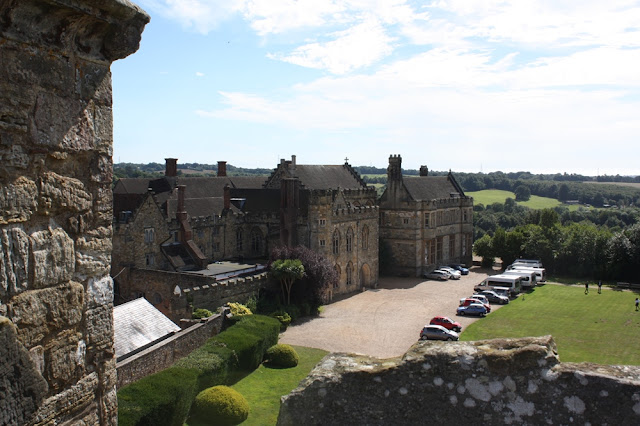 Below on the other side within the Abbey grounds is the Abbey school. 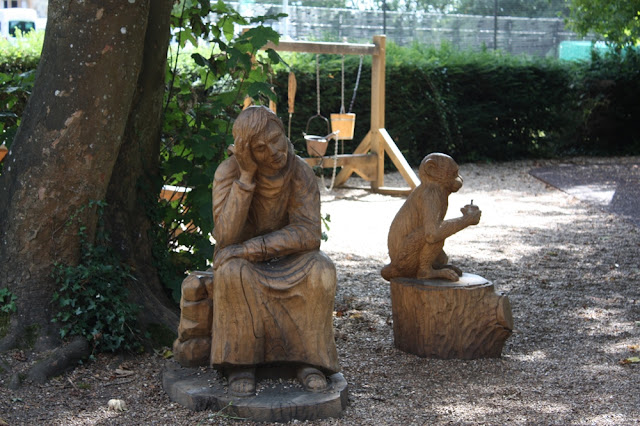 There is a play ground with a difference in the Abbey grounds, there are wooden sculptures as seen here. 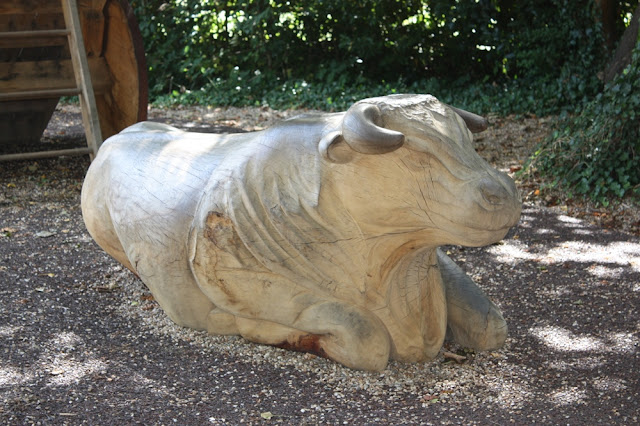 this large Oxen lays in front of a wagon, you can just see in the top left corner. The wagon is tipped on it's end and is a slide. 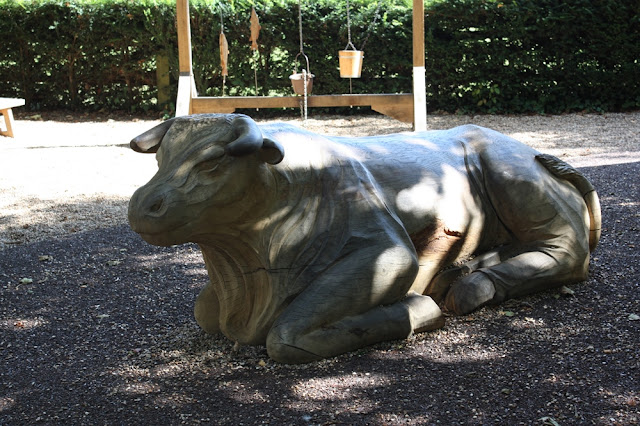 The other side of the Oxen unfortunately I asked Paul to take the photos and he did not do one of the wagon. 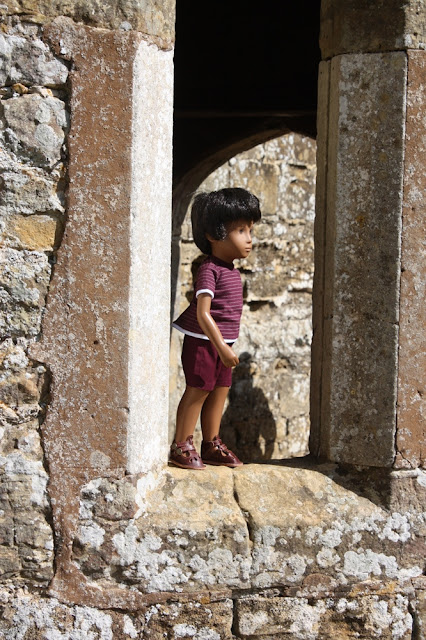 Ragnor was fascinated by everything. 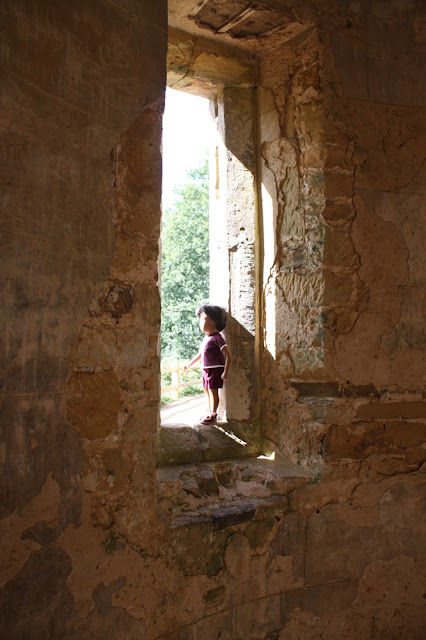 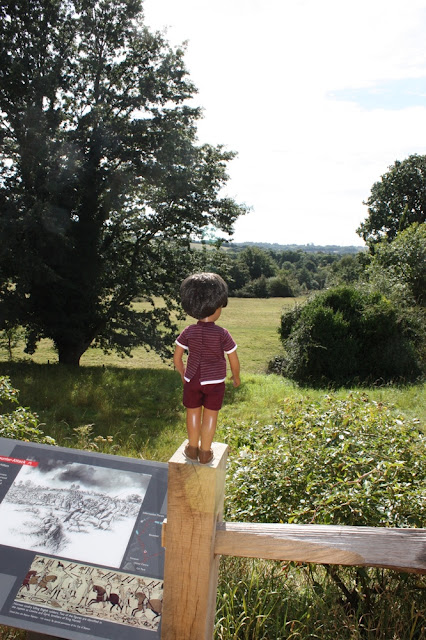 Looking down over the battle field. 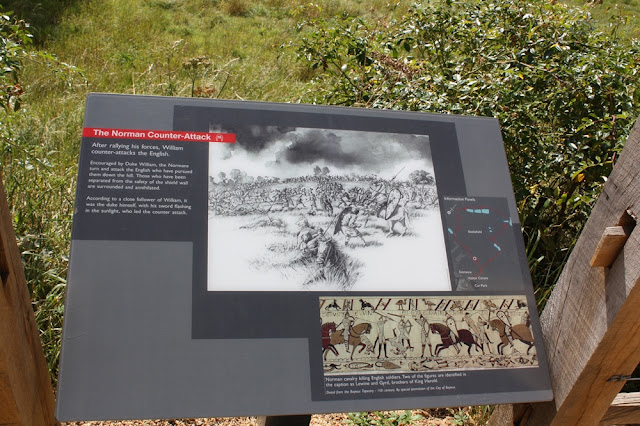 Boards telling you what happened where and why. 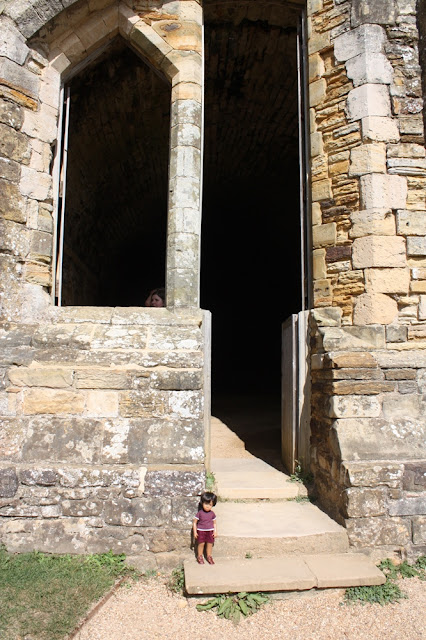 Ragnor has his photo taken by one of the Abbey buildings. 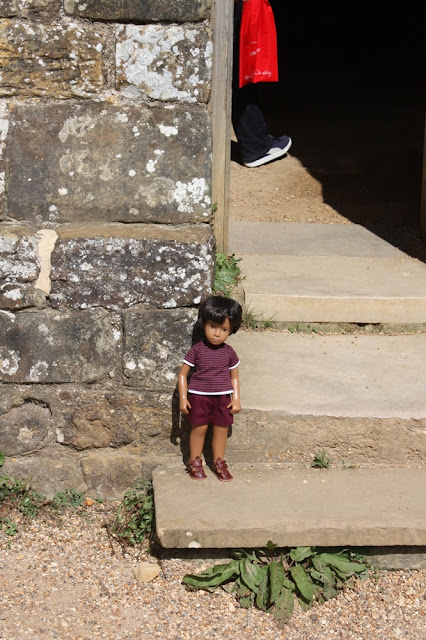 It was getting very hot, so we went inside into the shade. 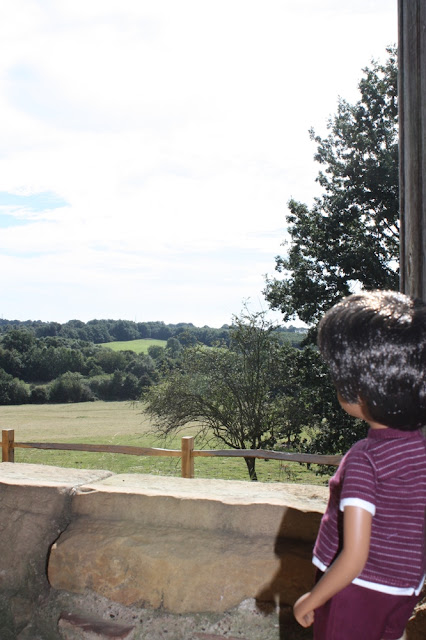 But the Battle field kept drawing Ragnor back to it. 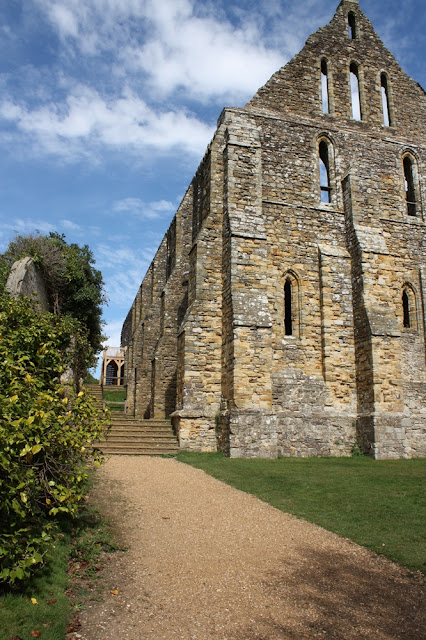 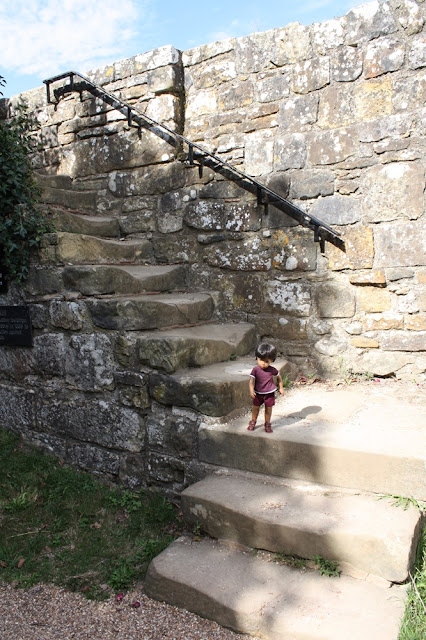 Lots of climbing up and down stairs. 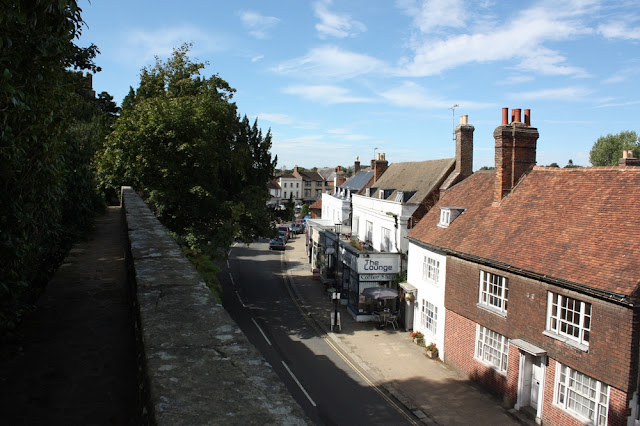 The view from Abbey outer walls. 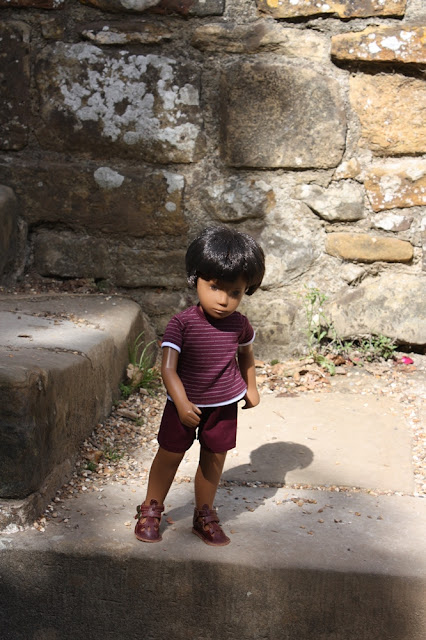 This year the Abbey is celebrating the 950th Anniversary of the Battle of Hastings with a week or so of events. Ragnor appreciates the seriousness of what happened on Senlac hill all those years ago. Secretly he wishes he'd been there to see it all but thankfully he's 950 years too late!

He's full of tales and facts to share with his brothers and sisters and no doubt it will be battle plans aplenty once they are all back together!