AND THEN THERE WERE THREE...

Well when I slipped I didn't stop for a day or so! This one , the last one ( famous last words ) I just saw on the Sasha Bazaar and loved her instantly. Then I realised that I actually own very few trendon blondes! I have owned a good few over the years but most have moved on !

So I decided that I HAD to buy this young lady to even up the blondes ! Lucky for me she was still available and arrived this afternoon. 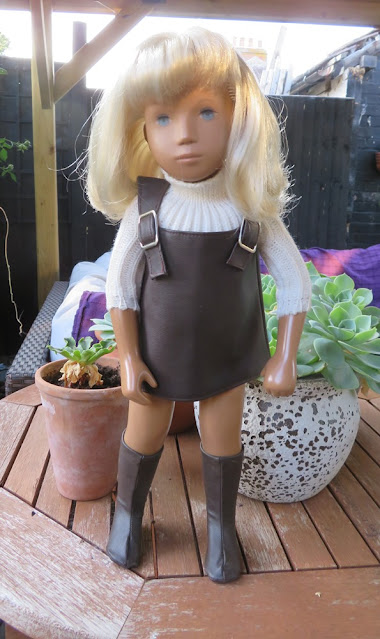 She's a waif London girl who lived with Fanny for many years acting as her model. 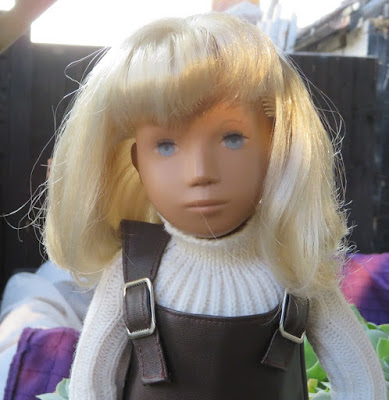 She reminded me of a doll I had many years back, also a blonde waif, who used to be my main model when I sold sweater dresses and sweaters on ebay. 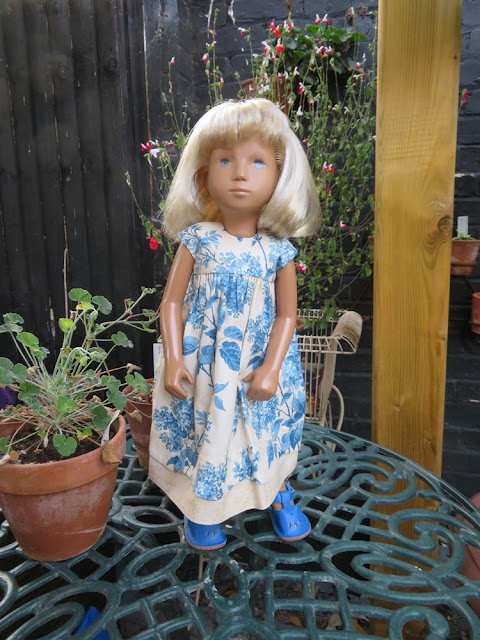 So I have decided to name her after my long gone model, Mitzi ( who now lives with Michelle )

I was almost tempted to change the name to Nancy on account of her boots but in the end Mitzi made the cut. 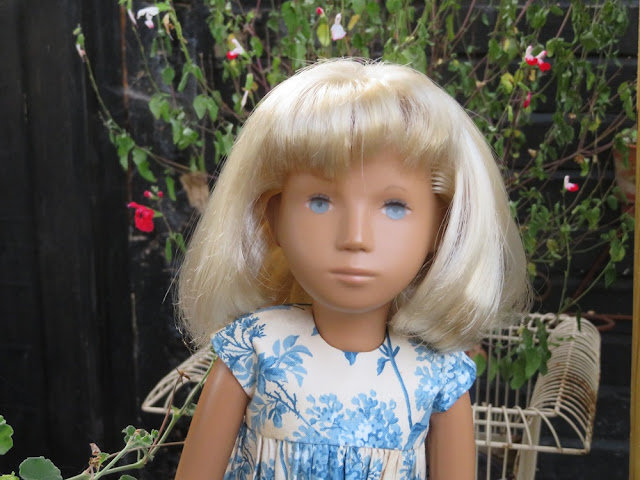 She's also petite like my old Mitzi, which is lovely. I do love the petite dolls that are around. 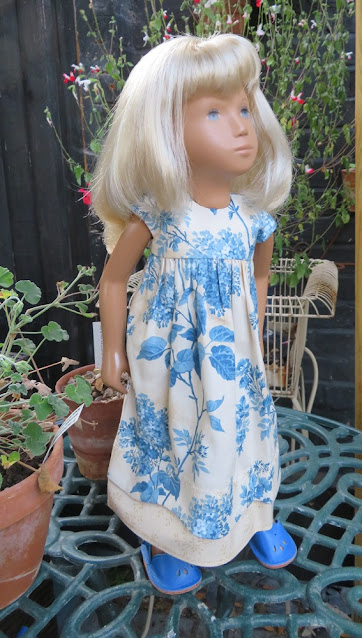 She's already striking poses when a camera is pointed her way! 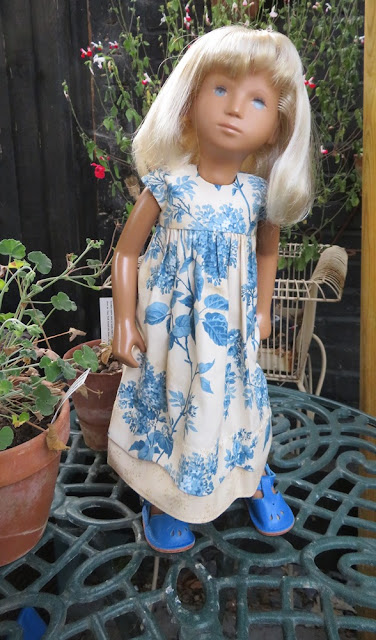 She loves blue, so I found her a blue and cream dress with some lovely blue shoes. 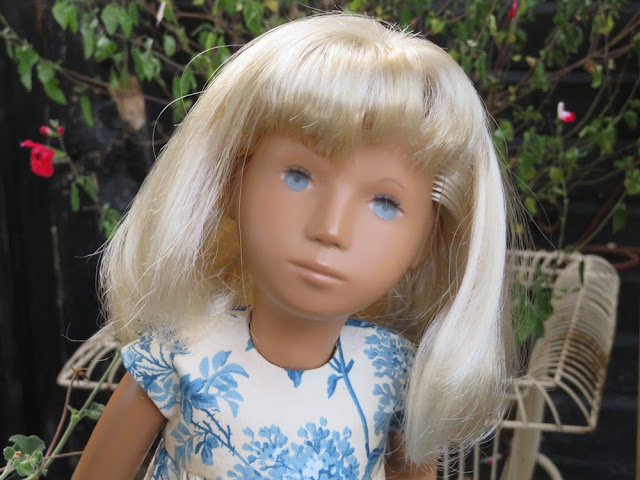 Then she was asking if I had any hats! Well I told her with Hattie in the village I had lots of hats! 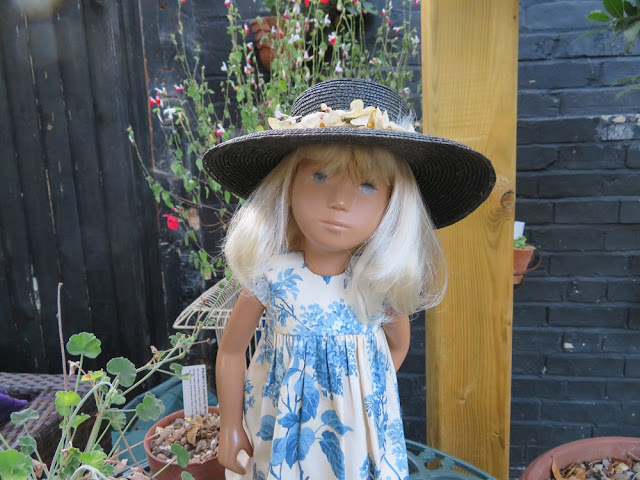 Next thing I know she's back out with a hat! Telling me how she found it on a very embarassed boy called Atticus, who told her I'd put it on him when it arrived in the post the other day and left it! 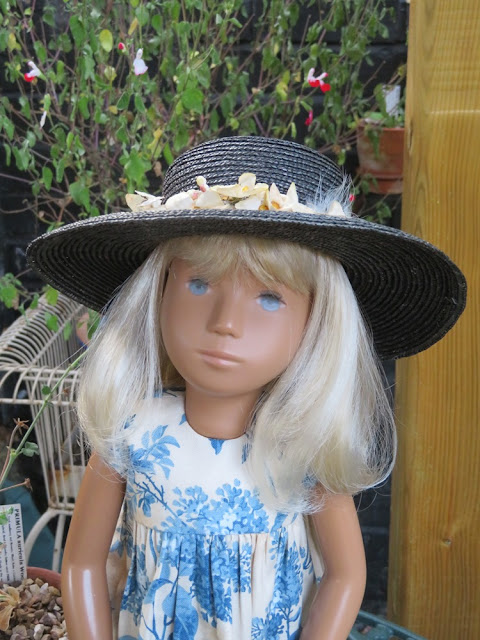 I'm going to have to make it up to Atticus! Poor lad.. he's so quiet , any of the other boys would have kicked up a stink being left in a hat ! 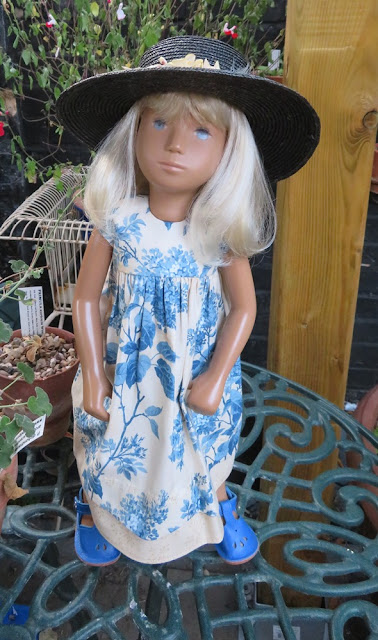 Well I thank Mitzi for being so good and letting me take lots of photos. She says no worries she really enjoyed herself! 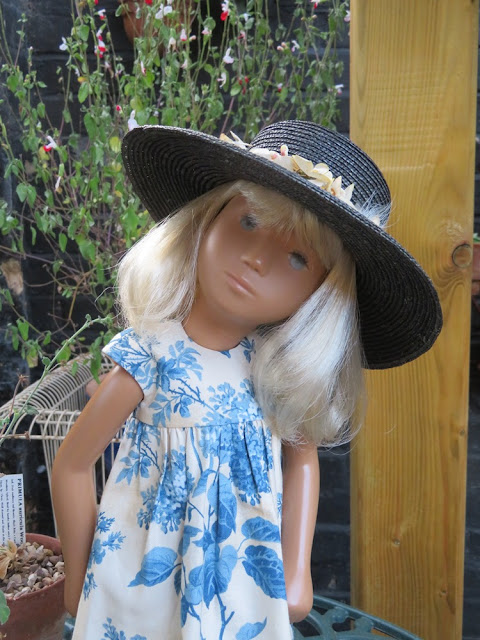 Then asks if we've finished? I say yes, she says well I go and introduce myself to the others and take Atticus with me , as he seems quite shy!

And she off indoors calling Atticus's name and whirling the hat in her hand ! Well if she doesn't liven the place up no body will!

I'd best get after her and show her who she's sharing a room with ! So that three.... more than enough .. although there was a lovely brunette Gregor on ebay.......