Well the Paul's been working on the hallway putting our design together. Whenever we start decorating , we always start with a plan which we adjust as we go along. 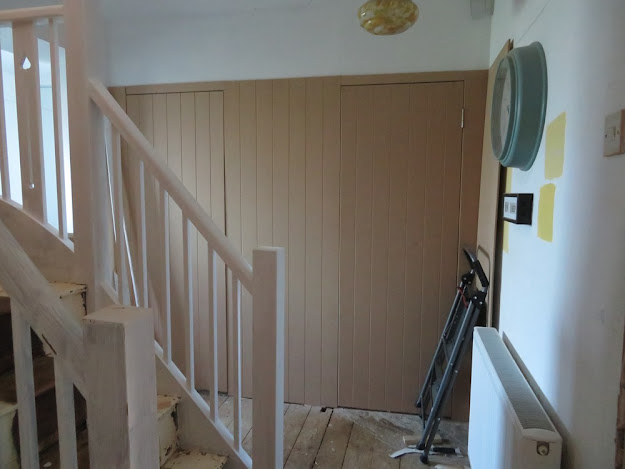 Paul's been boarding this wall, he's v grooved all the boards himself, which added to the time. You can buy v grooved boards but the price is ridiculous ! So Paul refused to pay that price and bought the v groove blade and did it himself.

I have seen how its done  and since the ones you buy would be done by machine, so they'd do loads in a very short time, the price is a rip off!

Mind you by cutting each board himself, he's been able to make the grooves land in just the place he needs them. 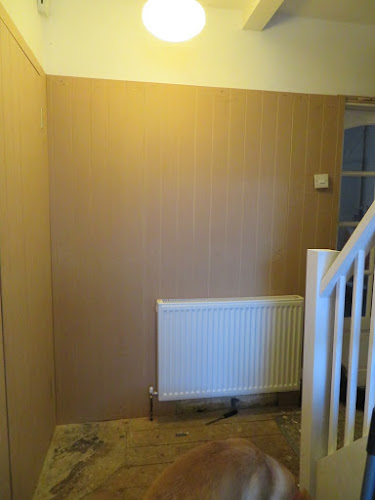 The second wall boarded. Still more to do... 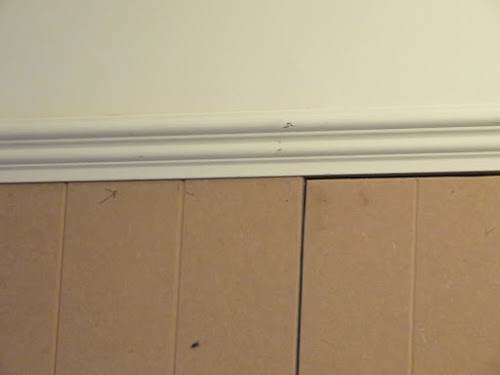 Paul's started to add the picture rail to the top of the boarding. We are actually using dado rail because it's got more detail and is bigger. 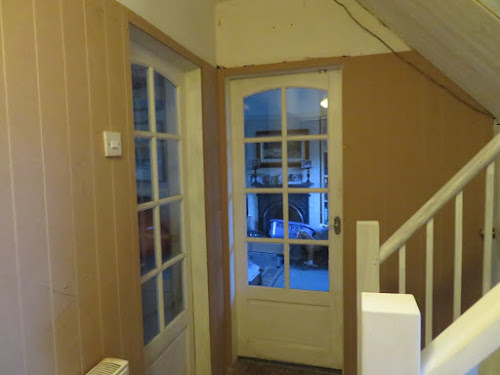 Originally the wall ahead in this photo was not going to be boarded but Paul decided it would look odd if we didn't ,so it's been boarded as well. This still needs it's picturerail added.

The walls are perfectly fine and we'd did not need to board them but I have my reasons, which I'll explain once it's all finished and then you'll understand.

All these boards will be painted in Farrow Cream. 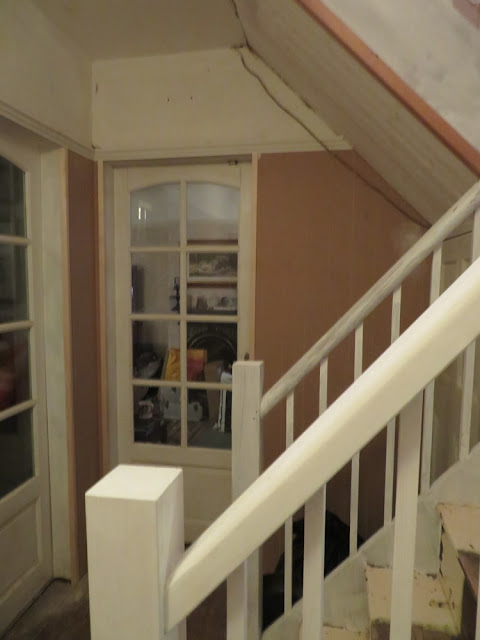 All the downstairs wall are now all covered with v-groove boards, topped with picture rail and the door frames edged . 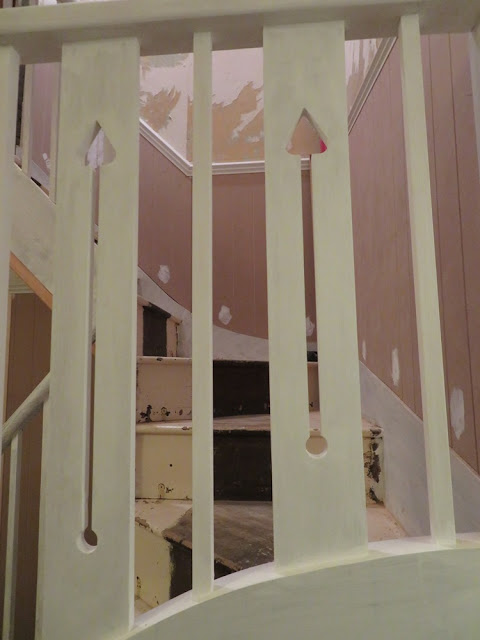 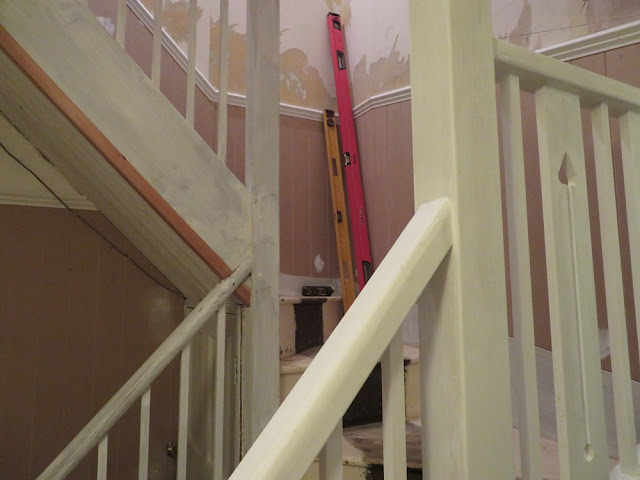 It changes with the different levels. 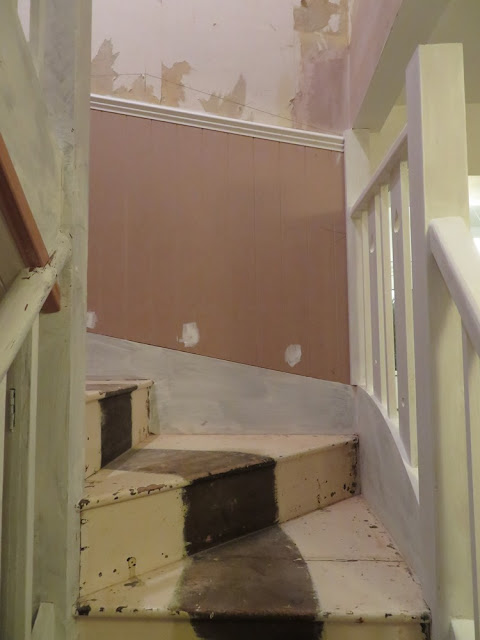 The screw holes have now been filled. We decided to take the half boarding up the stairs because it protects the walls from damage when taking furniture etc up and down and also saves on having to use a couple of complete rolls of wallpaper on just two drops of the stairwell.

Now we have to finish removing the old wallpaper from the stairwell walls, ie the high parts that need a ladder, then we can start the decorating .... to be continued!