THE BOOT IS ON THE OTHER DOLL !

Like all doll collectors, half the battle in redressing a doll is finding clothes etc that fit ! How many times as something arrived only to be a disappointment on fit, way too big or small, too long or too tight !

It happens to us all I should imagine. A friend asked me about the fit of a Zwergnase doll's boot on to an eighteen inch Roche doll. Well I removed the boot from one and put it on the other .... massive ! It was massive on the Zwergnase doll to start with , because those dolls are styled to have big shoes but not big feet ! 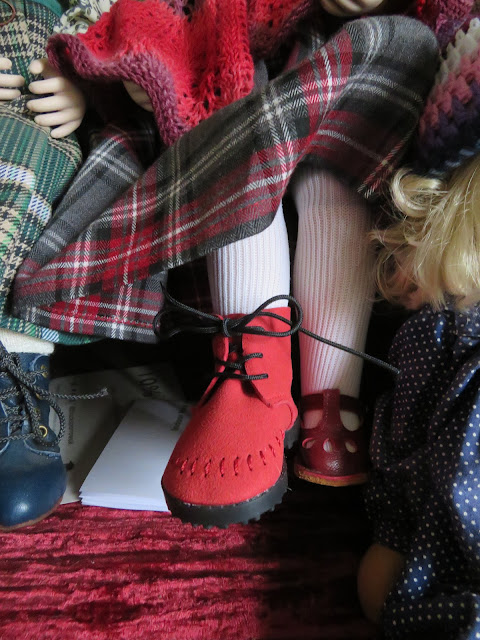 So I hunted out the next size down of the Zwergnase doll boots and found a 50cm dolls boot. 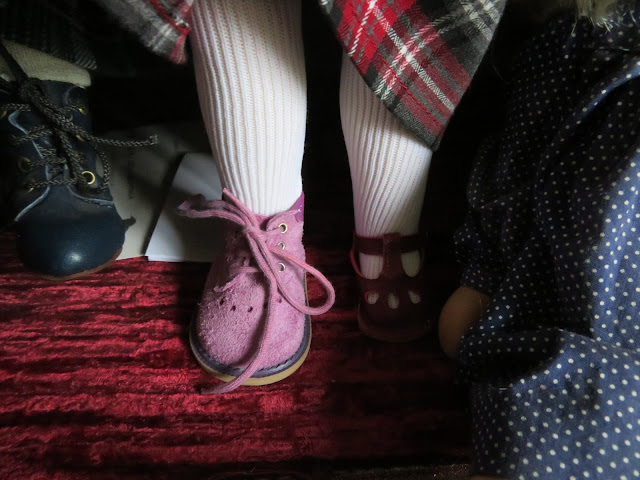 Still big although not as bad as the first one. Well I do own one of the smallest Zwergnase dolls, so went off to look on the KR bears and Dolls website at their Zwergnase boots for the smallest size 35cm Wagner boots.

Well I fell in love with a forest green pair , so bought them since I had a doll they would fit and I could try on the Roche doll. 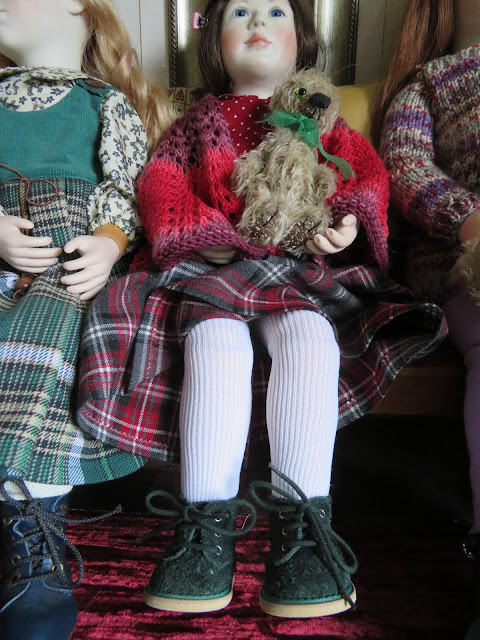 perfect fit for thr Roche doll Mary. Now Mary was wearing Sasha doll shoes, so I decided to see how they would look on the Sasha's. 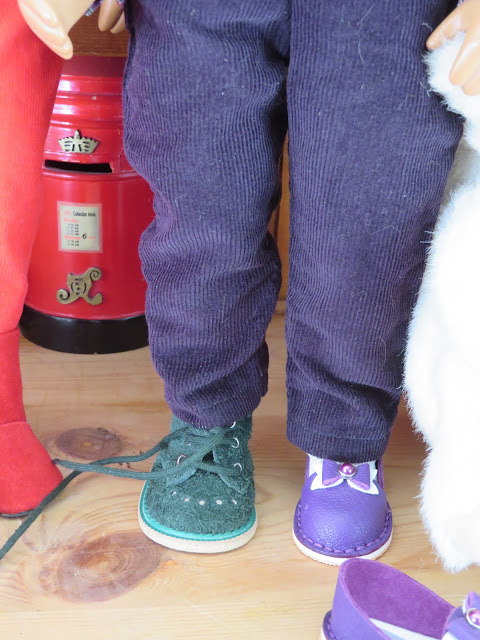 Rupert agreed to try on one and it looks a perfect fit. 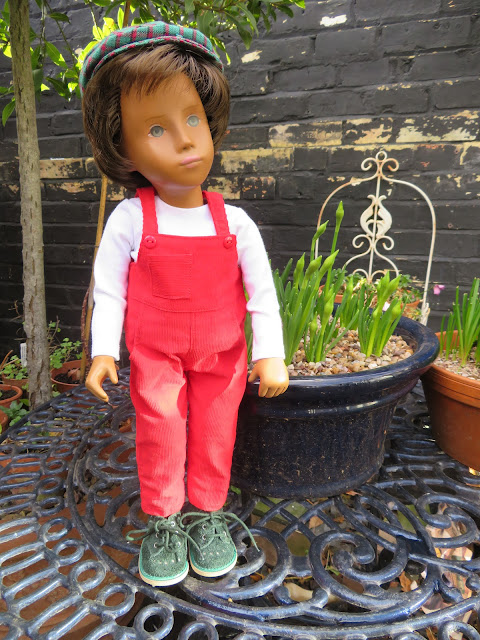 Luckily because Valentine had green in his cap, he agreed to wear both and have some photos taken outside. 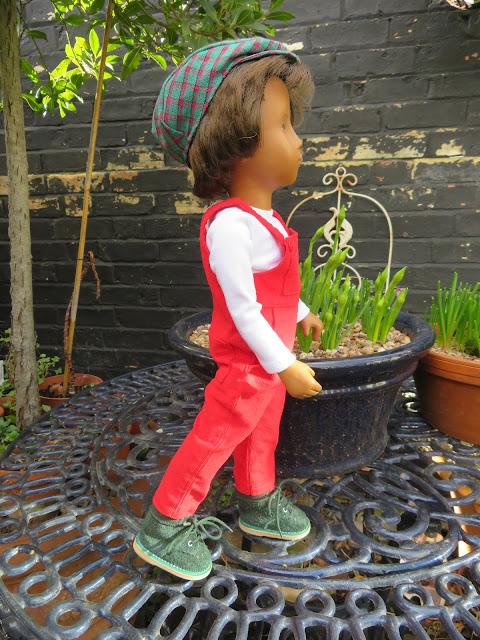 Valentine is wearing really skinny socks with the boots but there is room for him to wear the lovely handknitted ones without a squeeze. 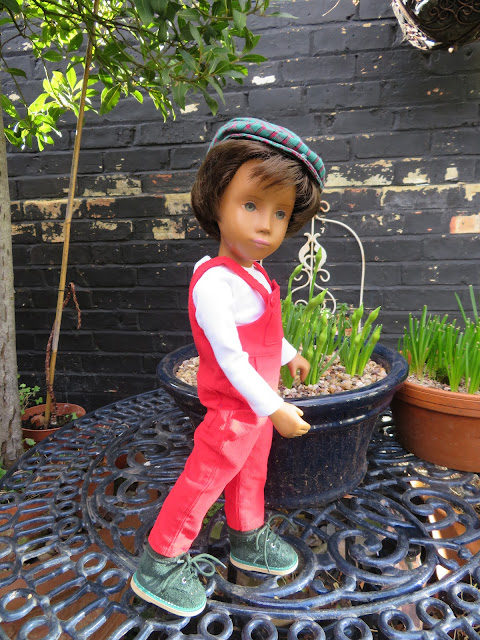 Valentine says they are nice and comfortable. 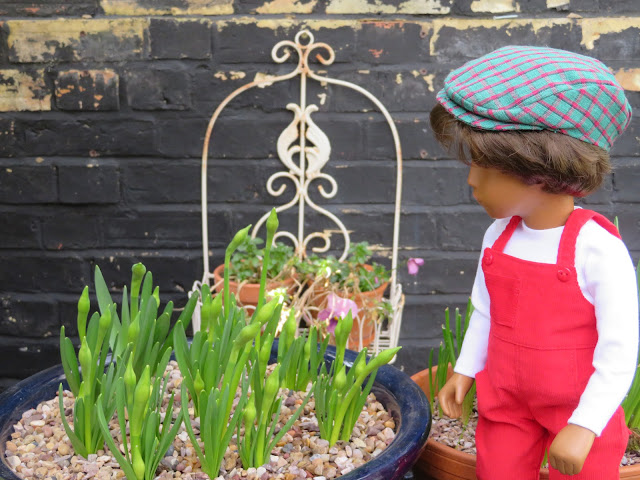 Valentine stops to admire the bulbs that will soon flower. 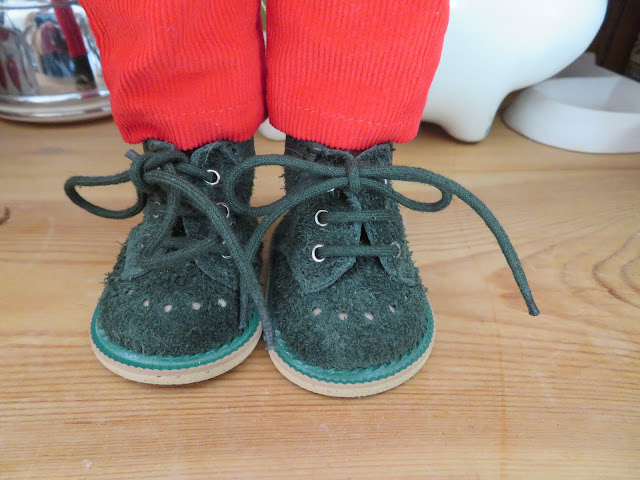 So there you are, another place to find some boots for the Gregors and Sashas. No doubt many already know this but for those others see above.
I do like things that can be used by lots of my different sized dolls and these boots fit the bill, I will try them on a few other makes and report back another time but for now I have to wrestle them off Valentine , whose'd decided that with his cap  he looks like a trendy workman in these boots and is trying to claim them for his sole use !

NB size 35cm made by Wagner, range of colours in both shoes and boots available from KRbears and Dolls in the UK.