Welsh that is, not someone to help you into your clothes, although Prince Gregor did ask for his valet when he arrived ! 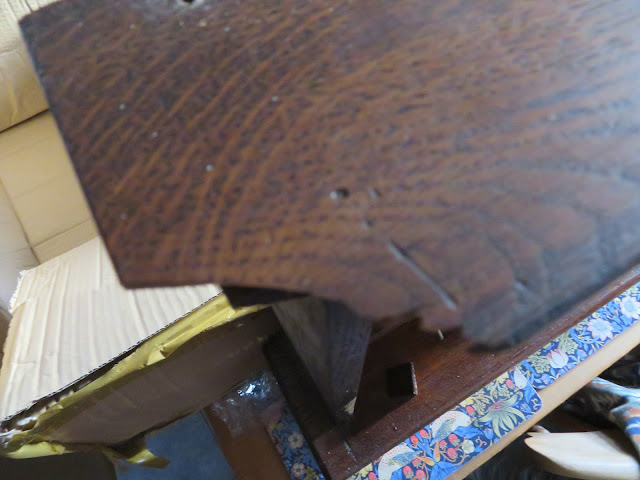 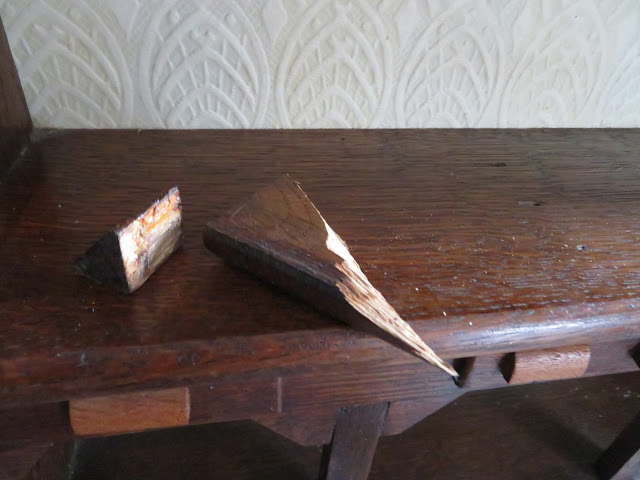 Lucky it was a single piece with a small decorative block from under that part also knocked loose. 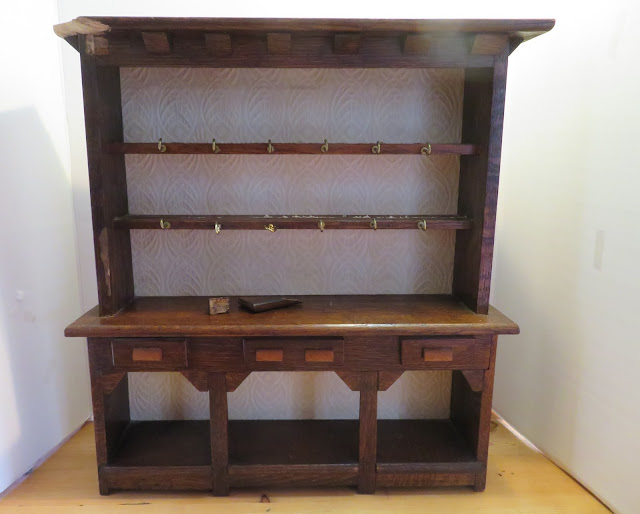 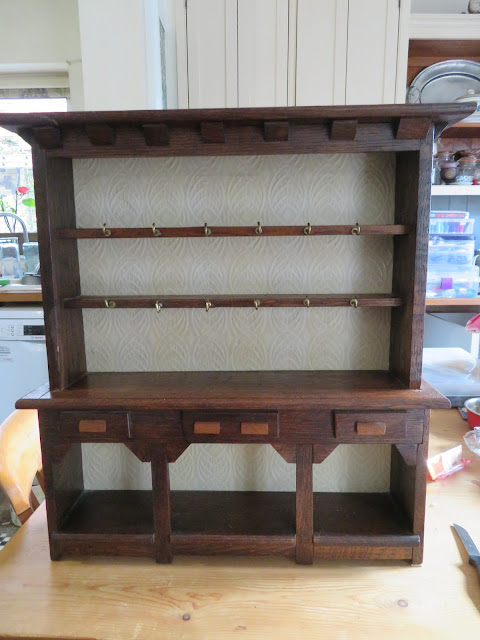 When it arrived it had a couple of strips of some sort of spongy stuff on the top upper shelves, some of it had been removed and was in pieces with the residue left stuck to the shelf. I cleaned it off with a knife blade and realised it had been there to keep the plates if up against the back from falling down.

Normally you with have a thin strip of wood nailed or stuck to the shelf to do this job, but you would need to do it before the shelves were fitted because it would be easier than after. I decided to use some draft excluder , the type you put round the windows or doors of the house. Paul found me a small strip he had left and I added them to the top shelf and bottom shelf. 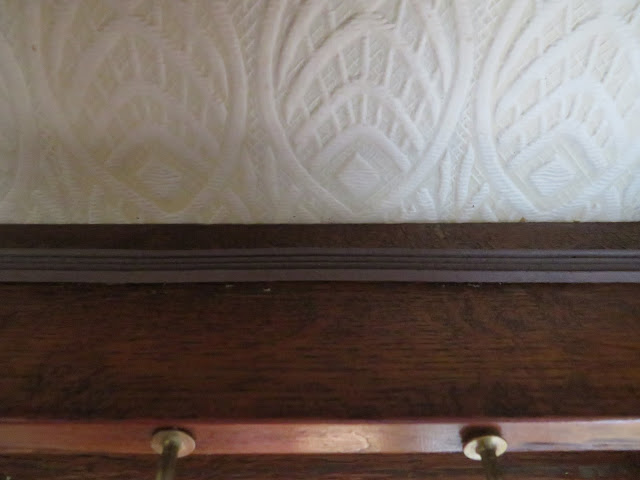 Luckily it was in a dark brown, so does not show up easily.

I originally left the middle shelf as I didn't have enough to do all three but when I started loading it up, I went back and got the two offcuts and spaced them along the middle shelf so it could also support items on the back. 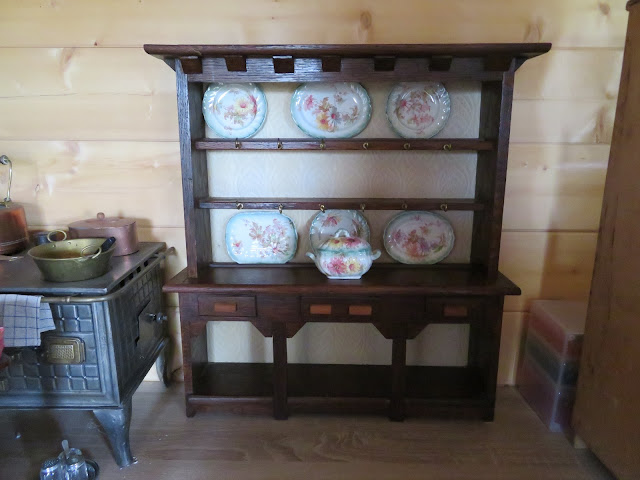 I tried it out in the studio kitchen area where the other dresser usually stands and placed some of the 1930's china from the chat n snap on it but I felt it looked too small against the range . 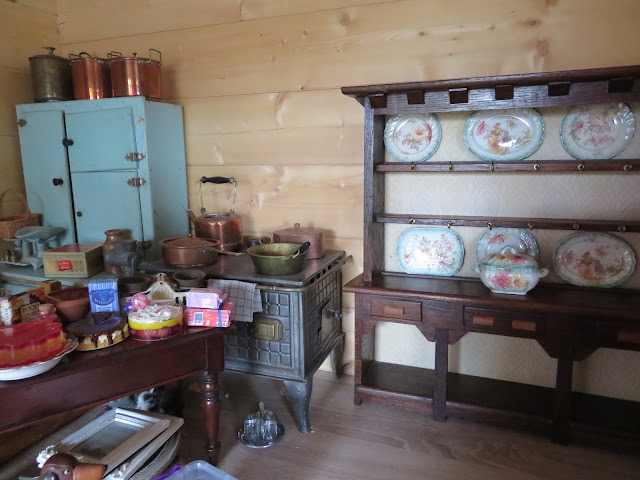 untidy view showing it with the other pieces in the kitchen just not quite right ! 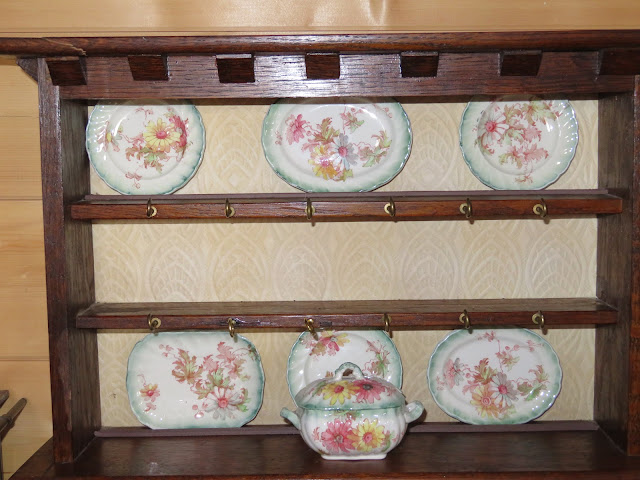 I have to say I loved the china on it but it would have only taken a few piece as the middle shelf space is the narrowest. 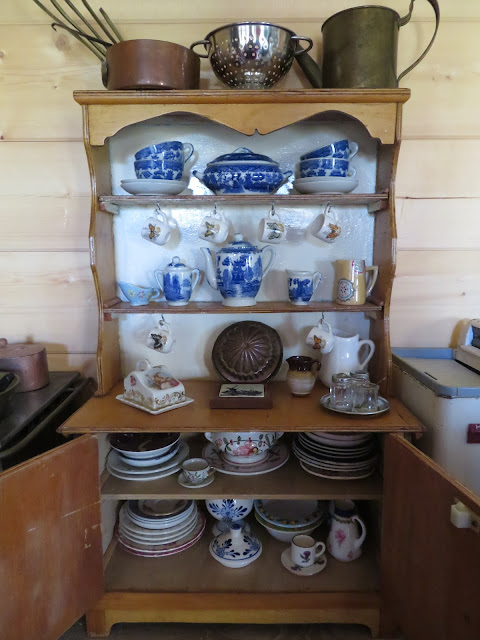 I put the old dresser back in place and reloaded it up. 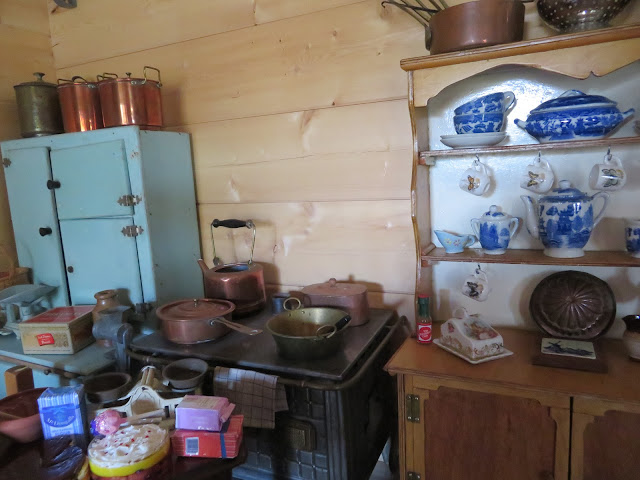 see it fits better with this dresser plus if I'd kept the new dresser there, I had no place for the washing machine and sink. So this set up best for kitchen.

So where to put it ? I looked at Granny's shop but I felt it wouldn't fit in and would also be a waste.

I looked at the living area, which is still a mess but again it would mean a complete rethink of the layout and wasn't sure it would work there either. So where to put it ?

I then decided that since I wanted to load it with the good china, it would be handy if it was under some sort of cover, so it didn't get too dusty. The display cabinet ! They are empty at present as the dolls are all packed up indoors.

So I settled on the top shelf as it's got the highest space. 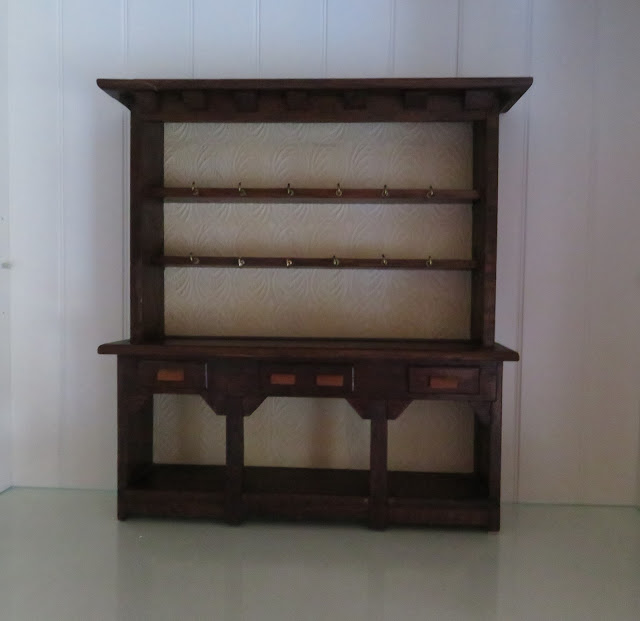 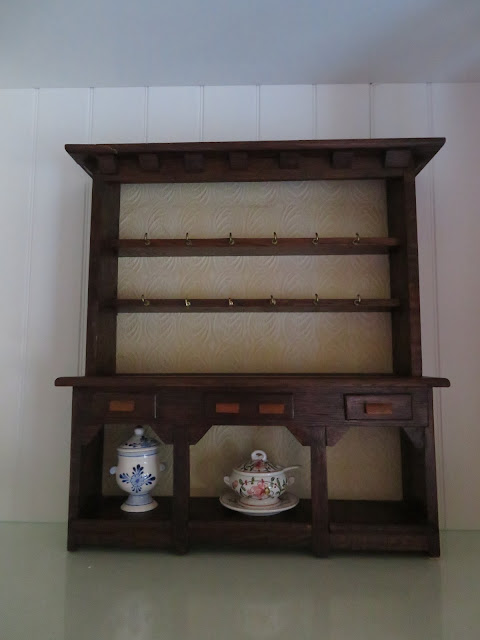 It didn't take me long to find a couple of things to go in the bottom of the dresser. 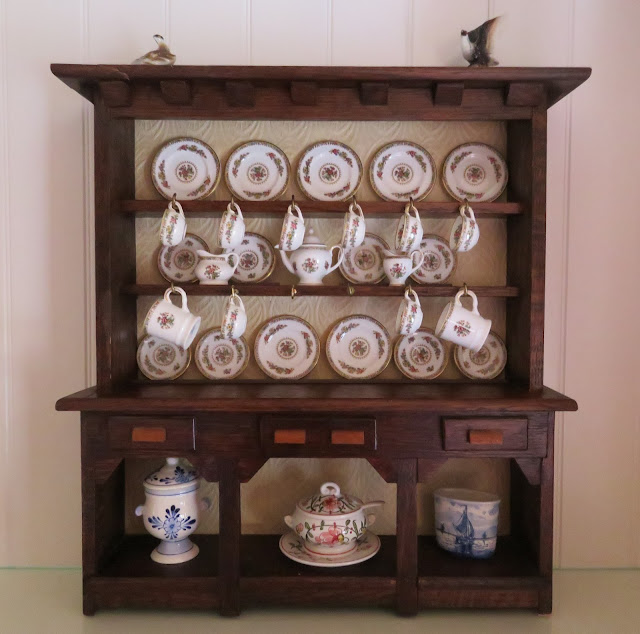 Much to my surprise I had enough of this particular patterned Coalport Miniature china to fill the shelves ! Just two hooks unused ! 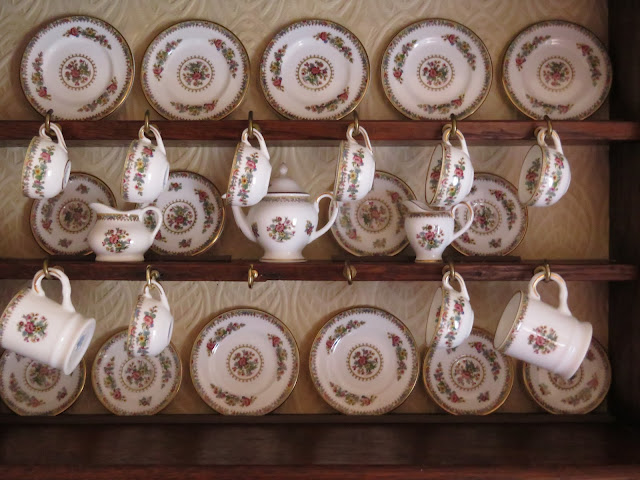 I have to say that after I had finished setting this all up and went back indoors, I remembered that I had a couple of boxes with some china in, so went and searched and found them , containing a teapot, jug and covered sugar bowl plus another teapot and jug both in this Ming pattern. I have added them to the shelves but will need to decide if it's not too much and maybe put one teapot and jug away or i could try hanging two of the jugs up ! 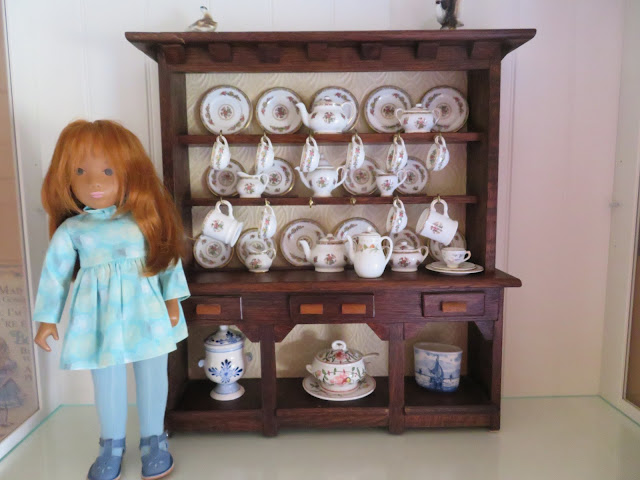 It's taken me a couple of weeks to finally get back to the dresser to take a photo with Magda , the teapots and jugs had been added along with a coffee pot and cup saucer and plate from a different set that is just waiting to be put away! 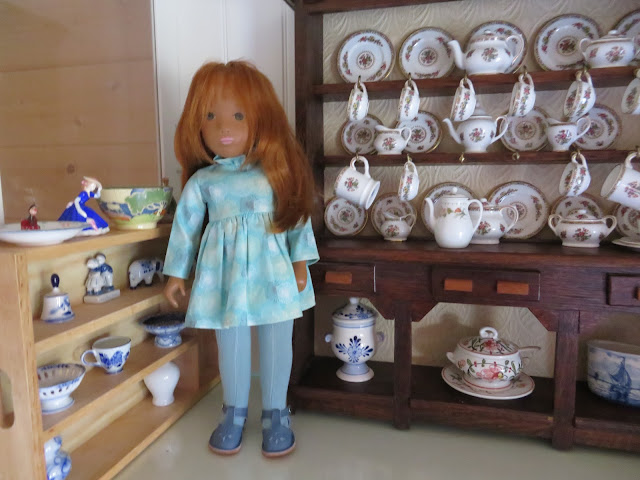 I have added this small china shelving unit ( old cutlery tray on it's side ) just to keep it safely out the way until the sitting room is set up properly.

So a couple of weeks late in posting but better late than never I say !