I changed all my babies into their Dolly Doodle babygrows before Christmas with the intention of doing a blog post but of course as is the way of things, they never got a chance to appear. So yesterday I remembered them and took a few photo's. 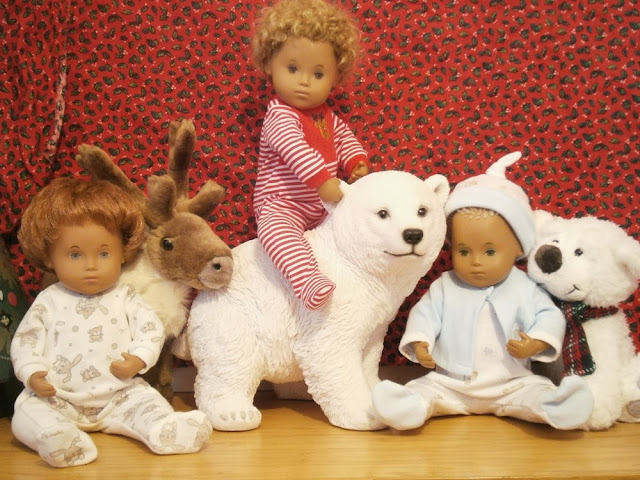 As is usual not everything was going to plan, the backdrop of white was causing the flash to make the photo's too bright, so I hung this piece of Christmas fabric which usually covers up the bottom of the Christmas tree over the back to take away the glare. 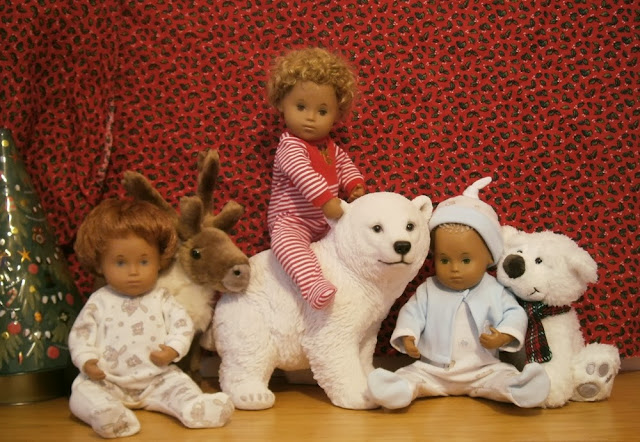 I then had to add the Christmas tree shaped tin to hide where the end of the fabric is because it  was not quite long enough !Also there is a cut in the fabric at that end which appears as a crease in the material.

The DH very kindly went and found the tripod which he set up and attached my camera to, so that I would not get the blurring on the photo's from camera shake, I confess I did still managed to get a couple with bad camera shake!! What can I say... It's a skill !!! :) 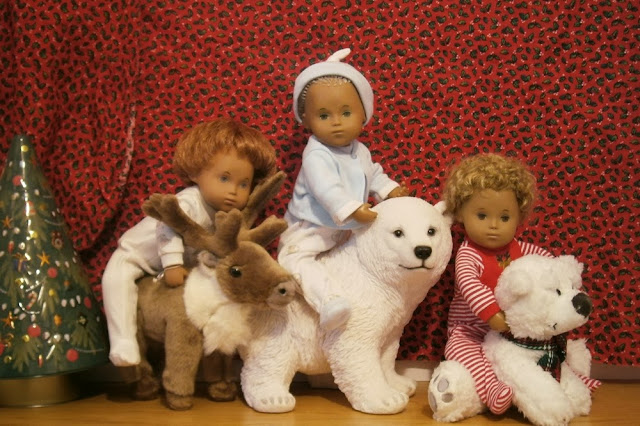 The babies decided that they all wanted to  ride on the animal's so the poor reindeer and little polar bear suddenly found themselves with a plump little tyke on their backs ! 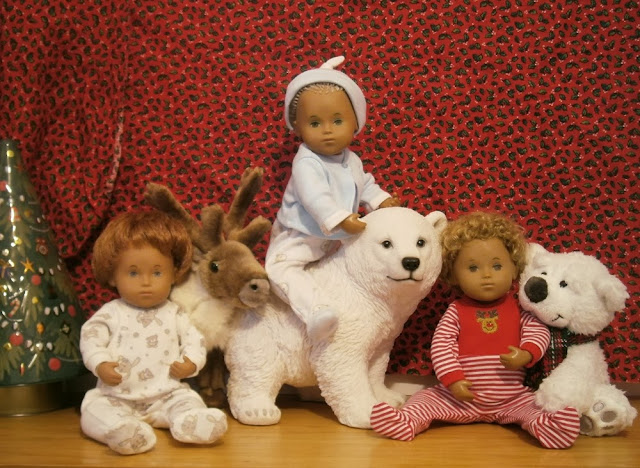 Thankfully they did not squash them for too long and agreed to sit and still and have some more photo's taken. 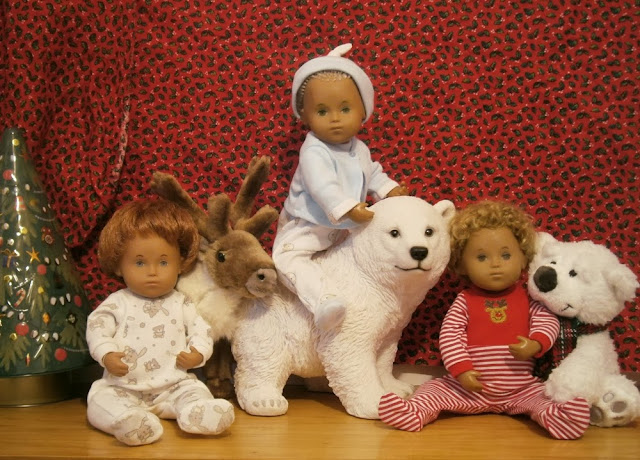 I am really pleased with these photo's , the red holly leaf fabric makes a much nicer backdrop than the plain white. So that's another thing for the list, to search through the fabric's to find anything that may be suitable for future photo shoots and also to buy some proper backdrops.
Posted by Dee at Thursday, January 02, 2014