I need somebody !  HELP !No just anybody! HELP you know I need someone HELP!!

When I was younger so much younger than today!!! 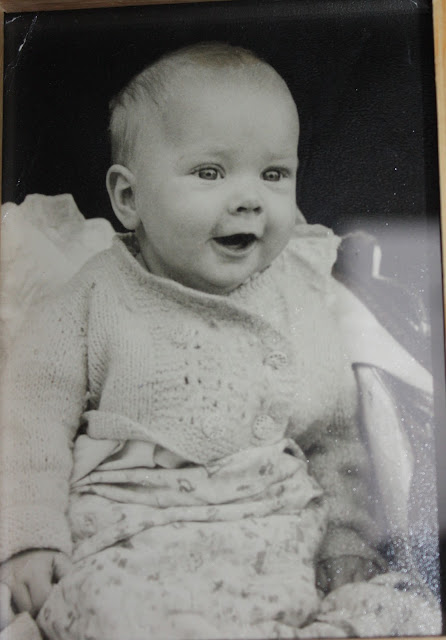 Yes that is me as a little un!

Facebook had a change your profile photo to one of you as a youngster, so I changed mine to this one of me aged about 8 or 9 months.
Then on my amazon music library they added a Beatles album that I had bought ages ago and now could be downloaded.
Oh the memories ! HELP! I remember going to see the Beatles film at the local cinema which was I believe Brixton , with my aunt Pamela and my older sister Jackie, it was 1965 and I was nine and we all came out singing and running and dancing down the road , singing at the top of our voices HELP I NEED SOMEBODY!
Our house was a very old terrace , three floors and owned by my Nan. The first floor room at the front was large with two tall sash windows  and once there were four of us girls, it became our bedroom, where I would tell my sisters stories I made up, the start of my love of story telling.

My Dad built a wall around the small front area of the house, you did not have garden space in those days !. And my sister Jackie and I, aged ten and nine would stand on the wall and belt out songs by the Supremes and Dusty Springfield  and the Beatles etc, lord knows what the neighbours thought! But we did not care we were young and it was the 60's!

I'm listening to the Beatles download as I write this, ....."we've up to ticket to ride... she's got a ticket to ride and she don't care!"

Jackie and me were taken one evening , after much persuasion of my Mum, to the stage door at the London Palladium to see the stars performing, we saw Mary or Peter , Paul and Mary.. we were not impressed as her manager / bodyguard? did not let us near but I got to see Dusty Springfield who smiled and waved at us from her car and opened the window and spoke to us!


I had a glorious childhood ! I was fortunate to be born in a time when it was all happening and I was young but hanging on it's shirt tails....

I am sad that you could not have that childhood in London now, it's changed so much but I am sure people had glorious childhoods where they lived be it in a city or a village.

Don't get me wrong there were moments , like the time a girl down the street who was late home, so told her parents she'd seen my brother fall in the Thames! So the police were searching the river and my dad was walking back and forth , only for my poor brother aged about ten to appear strolling down the road in the dark and the Policeman to have to tell my Dad to go steady as my poor brother innocent apart from coming home late got a spanking from my terrified heartbroken father who though his only son was dead...I am now crying as I type this.. it is but a memory but it shows what lies can do. The girl who told the lie.. did she get a spanking? I don't know, she was an only child as I remember born quite late to her parents.

I think it's probably from that day that I have always hated people who lie , not those little white lies to save someones feelings but those ones told for spite or revenge or just because they enjoy telling lies because it gains them something. So I always tell the truth and find I can always tell 99% of the time if someone's lying. Worse are the ones who constantly lie and have no conscience about it and would blame it on something or someone else.

Well I need to get back to the feelings of joy that this post started with, so I remember seeing my brother's photo with his friend in a newspaper because they'd been playing at the Imperial war museum ,that's just along from St Thomas's Hospital, and the paper were giving away free planes for kids and they used their photo to advertise the fact. His better five minutes of fame !

London is so full of places of wonder and interest to a child and to have been living so close to it all that you could walk across a bridge and be there in the midst of such history and wealth of culture that I can only say it was a glorious childhood.

We need to remember the good times in our lives and embrace them and breathe in those memories and use them to lift us and celebrate life is good.

At totally unplanned post for this Sunday, I hope it sparks your own glorious memories , feel free to add one in the comment box for us all to enjoy.... be positive we have but one life live it!