The other day i was looking at ebay and came across some mini Kathe Kruse dolls being sold as a group I thought they'd make great play dolls for the Sasha's
Luckily I won them  and so here they are. 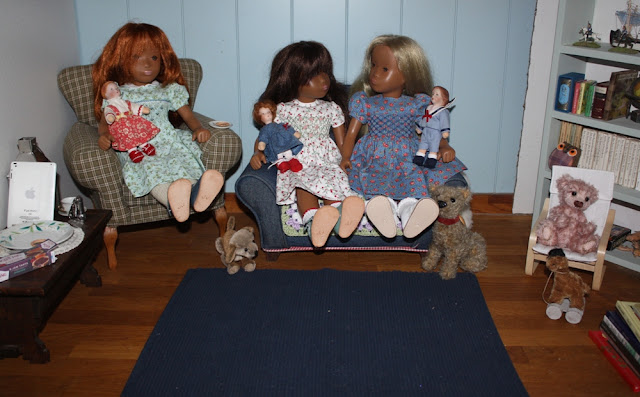 The button girls have picked some to play with. 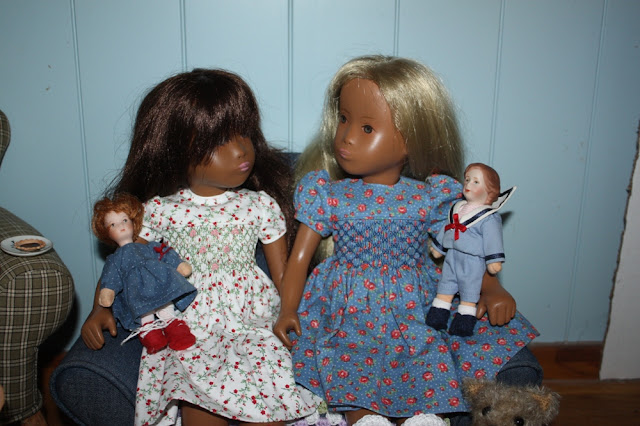 Anoushka and Olivia are discussing names for the new dolls 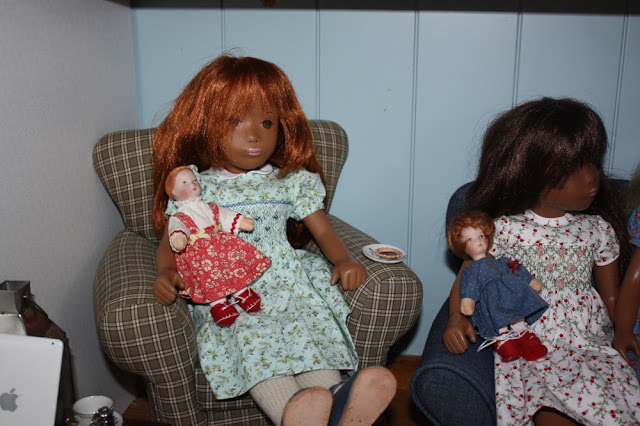 Magda's called her girl Rosie and is happily telling her a story. 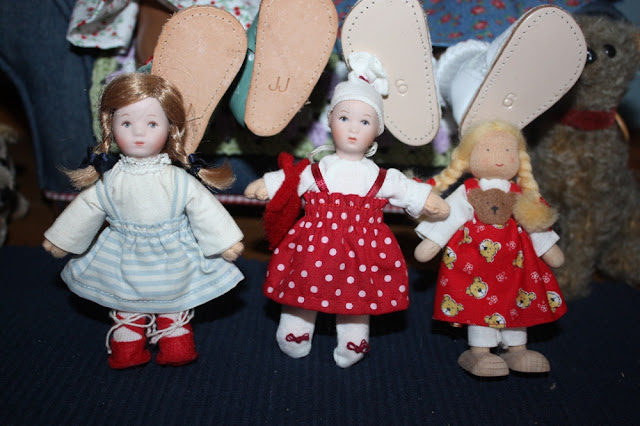 There were six on auction together , these are the other three. 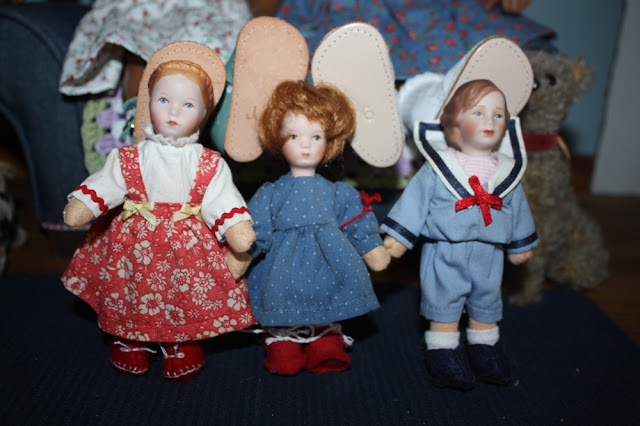 and these are the three the girls are playing with. Five of them have porcelain heads and soft bodies and the sixth has a soft head and wooden feet.

A nice bargain of dolls that can be used for the Sasha's but are also part of the Kathe Kruse doll collection.

Talking of which I saw this boy and could just not resist, I did try and he finished but I contacted the seller and she kindly relisted him for me. 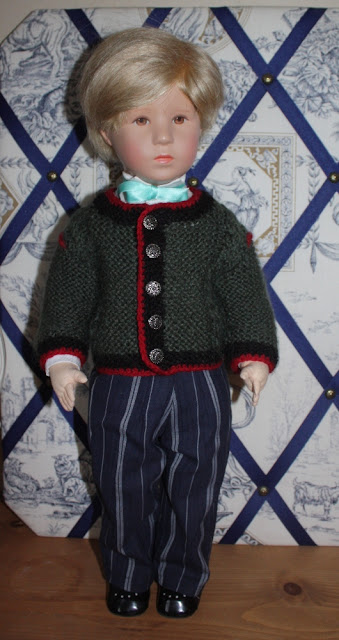 For me, he was one of those dolls that you unwrap and start smiling, he is is lovely ! He's a very nice large size of 52 cm and is called Constantin. 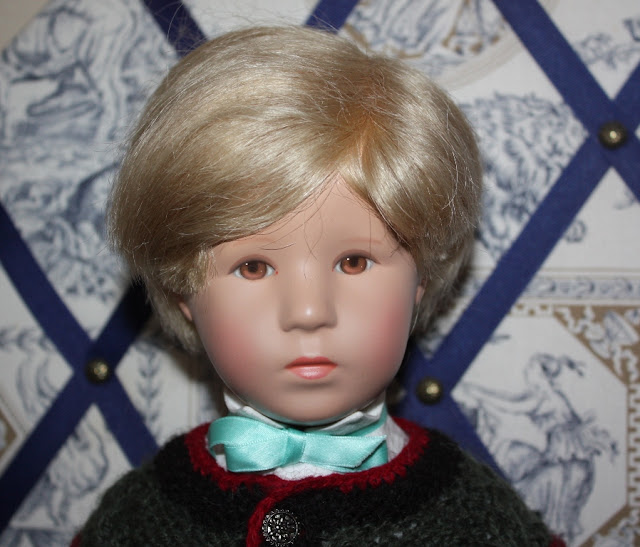 and with one of my favourite hair and eye combo's of blonde hair and brown eyes. 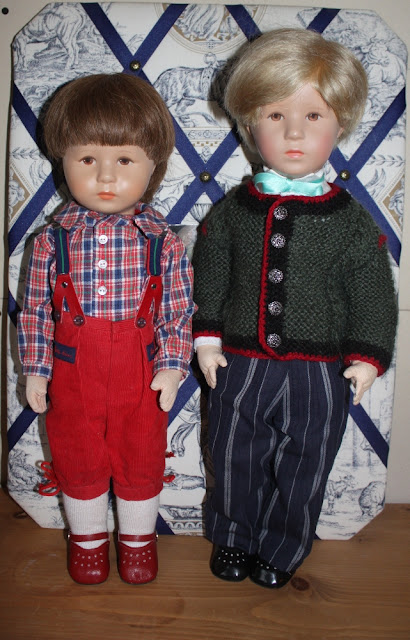 He looks very nice with his brother Rupert.