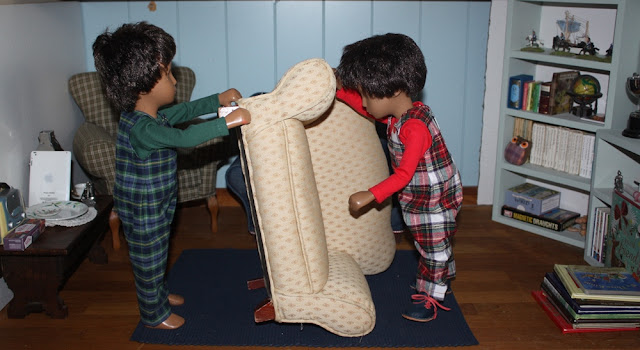 "CAREFUL!"
Puff " Never mind careful! I nearly dropped that on my toe!" 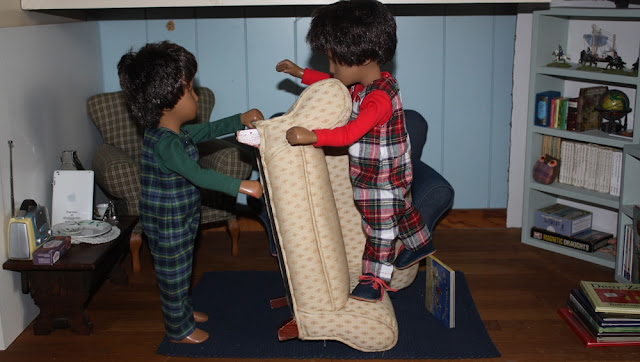 Toby climbs on the sofa to make his point better to Zac " I could have been crippled!"
"No you'd have hurt your toe but you'd have still been able to walk!"
Toby scowls " How do you know  ! clever clogs!"
Zac just looks at him until Toby sighs.

"I don't know where Mum thinks this can go!" Toby looks round the children's room " There's a tiny gap over there!"

" I think we'll have to move that sofa over !" says Zac helpfully. 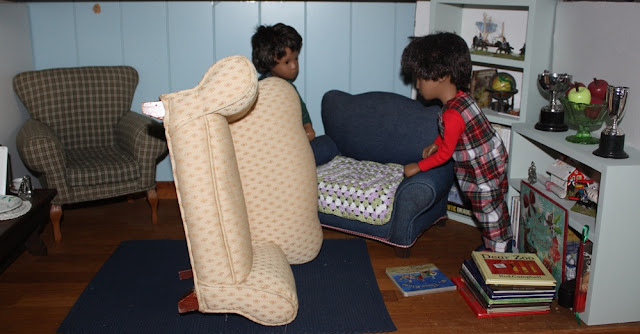 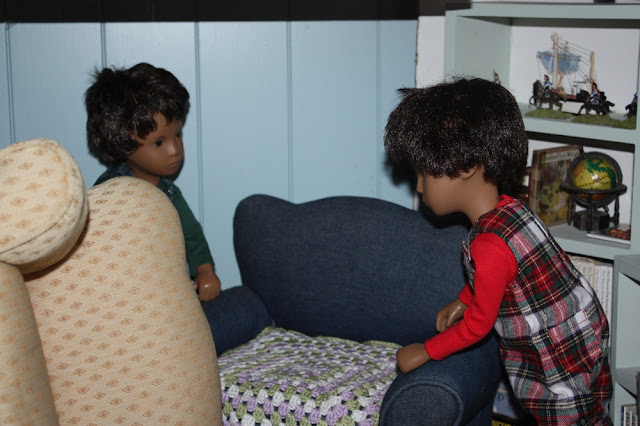 "How come we have to do this? " puffs Toby 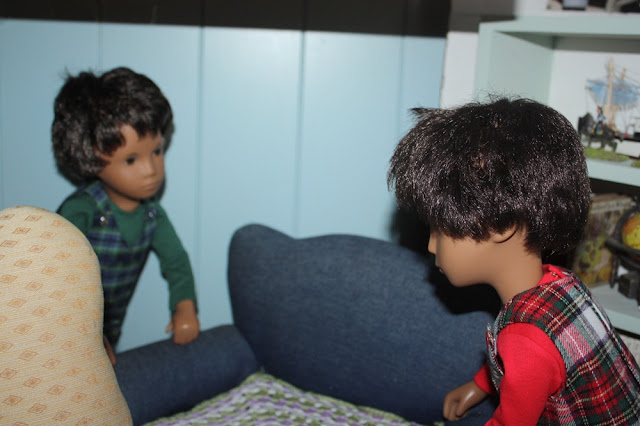 "We did not have to! But when Mum told you to get Robin, Erik and Ragnor to do it you said No need We'll do it!" puffed Zac in reply 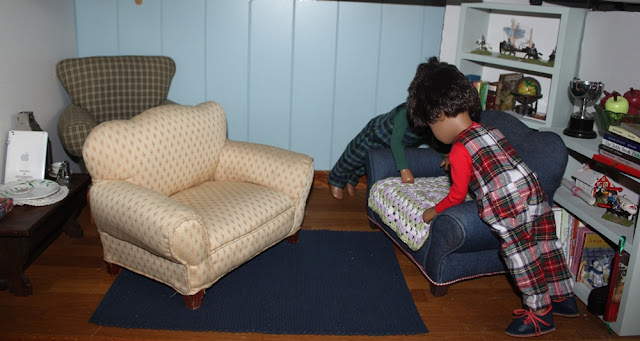 They give one last mighty shove and pull and nearly fall onto the sofa! 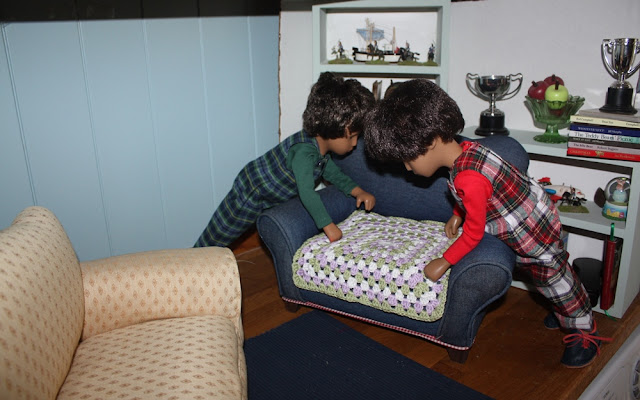 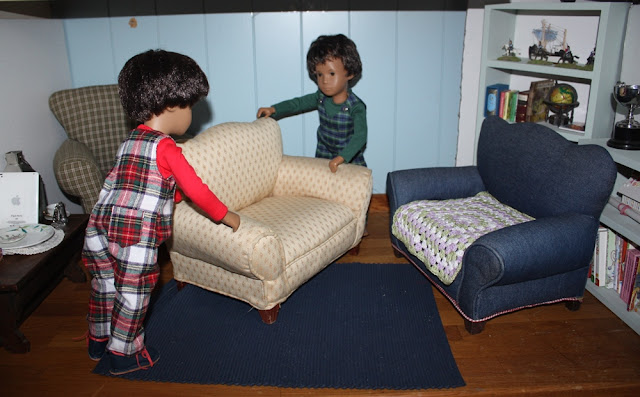 Once again Toby's directing things " Pull it left Zac ! No my left not your left  ! "
"That's right " argues Zac
"I know it's right I just said so didn't I!"
Zac just rolls his eyes and pulls it the correct way ignoring Toby's instructions! 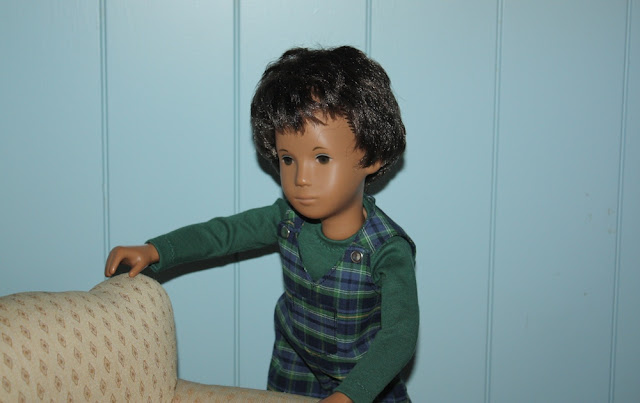 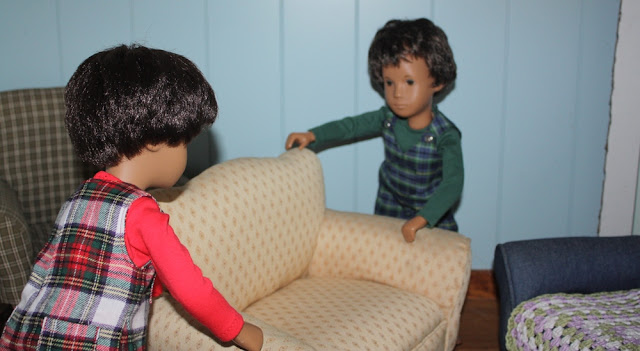 "Should I get out now? "questions Zac getting further and further into the corner
" No just keep pulling " gasps Toby 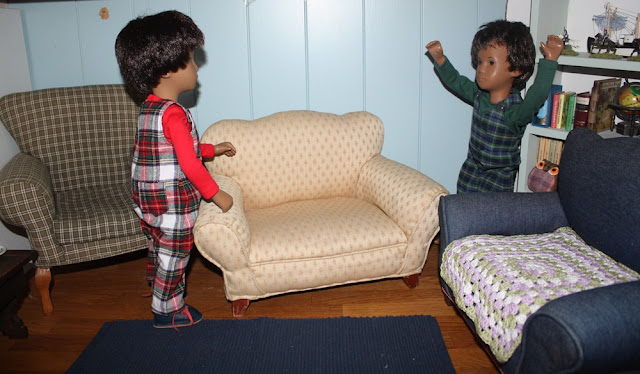 This time it's Toby who rolls his eyes " You can climb over the arm of the sofa!" 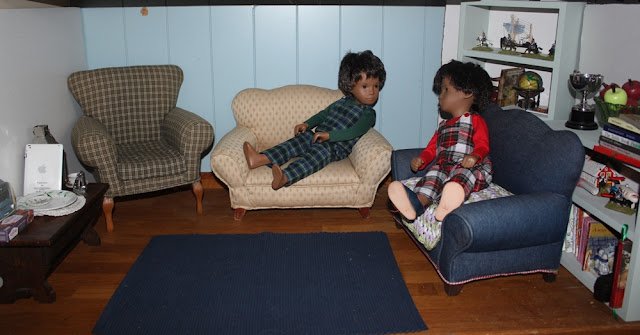 The boys flop down taking a sofa each 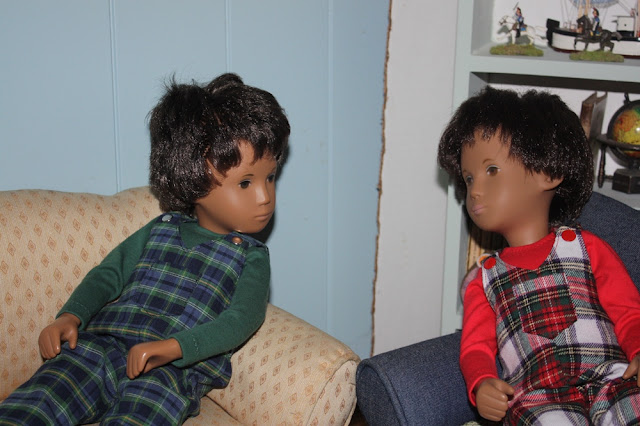 "Well we have done a good job!" says Toby smiling
Zac nods agreement, then notices " Only problem we cannot get the books easily "
"Good " says Toby " Don't like books anyway "
Knowing that Toby as trouble with his reading Zac nods his head in understanding and they sit and rest. 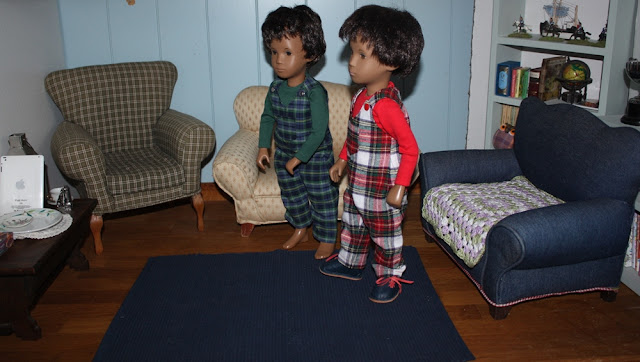 Finally they get up " Come on , let's go tell mum we've squeezed her sofa into the room " Toby tells Zac " and she may just give us a treat for all our hard work!" Zac nods agreement and they wander off calling for Mum. 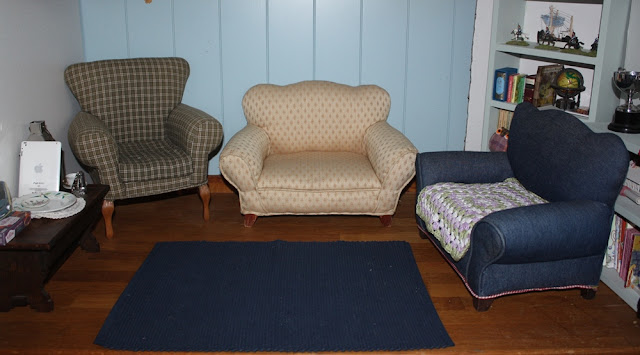 How Mum finds it, not quite what she wanted but impressed the two youngsters had managed to drag the sofas about. 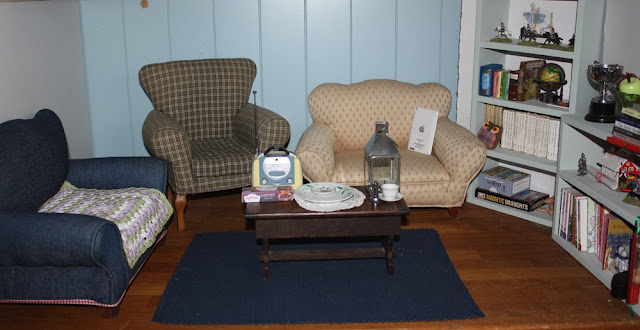 Better but not quite right.

A little better now the small table that I got from the chat n snap a couple of years back is in the corner to take the radio.

I could not resist this sofa when I saw it on ebay , so made an offer which was accepted. I intend to use it out in the Sasha Village Studio, so I can leave one in the house and have one outside.But for now it can stay indoors until the spring.