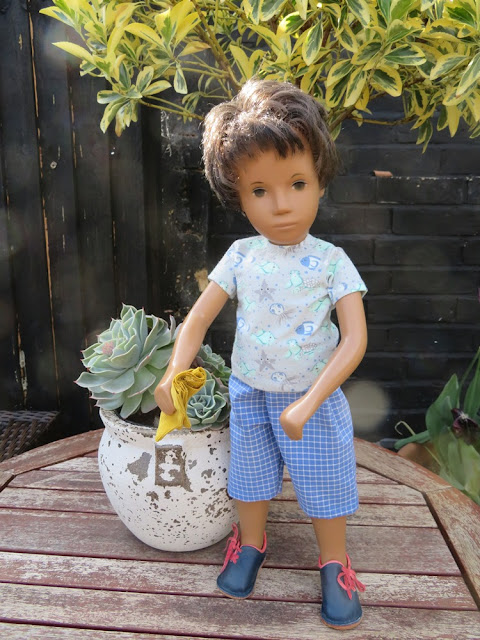 "What's that you have there Zak ? " Mum asks 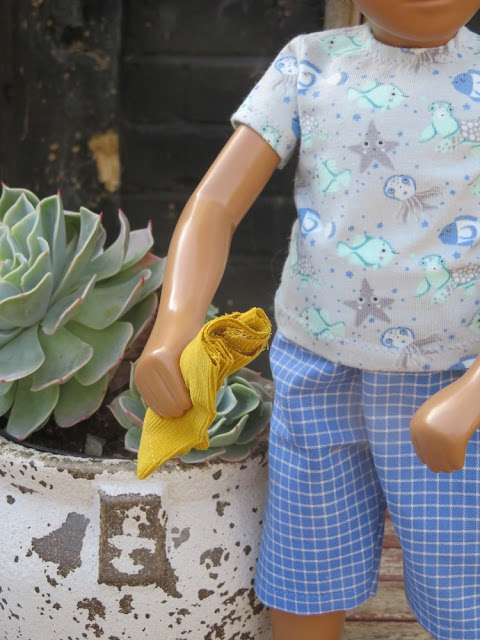 " Some dusters I found them on the floor outside Valentine's room " 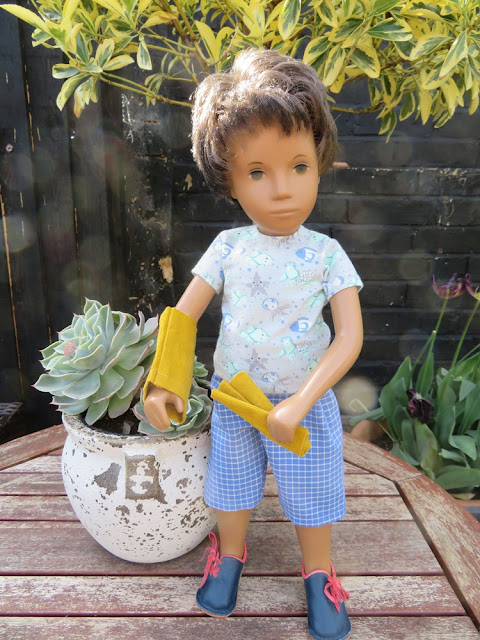 Mum looks at the 'dusters' she's sure their not dusters but not sure what they are!
"I'm going to use them to dust off my bike " Says Zak walking off down the garden. 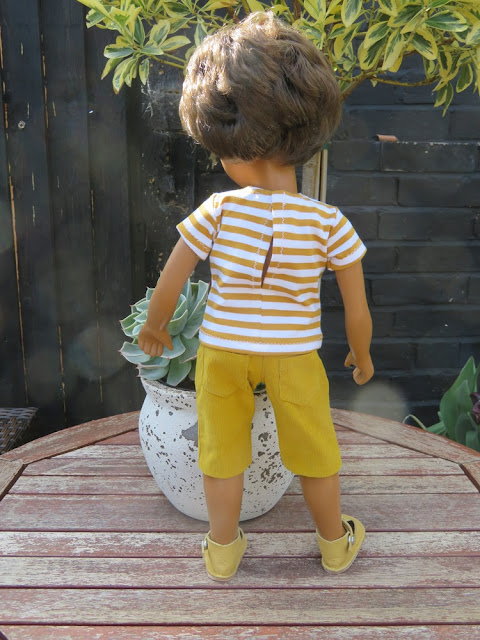 When Mum comes out into the garden later, she sees someone looking at the pot plant on the table. 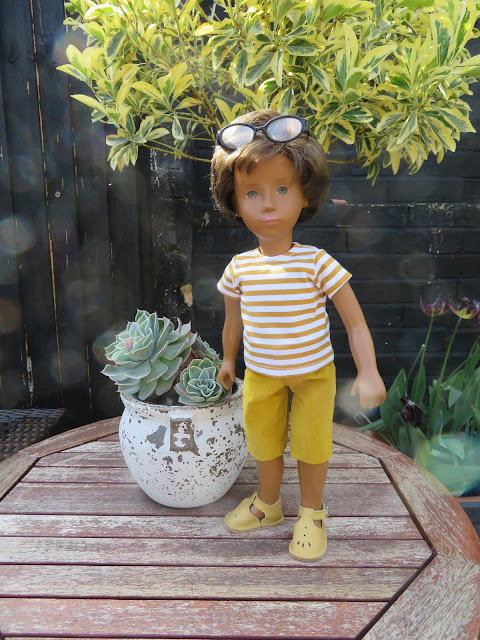 They turn round and she sees it's Valentine.
" You're looking very smart Valentine " Mum says then she frowns ! " Where did you get those short trousers from? " but she knows the answer as she finishes asking " VALENTINE!  Have you just cut up the new trousers that just arrived from Ginny!" 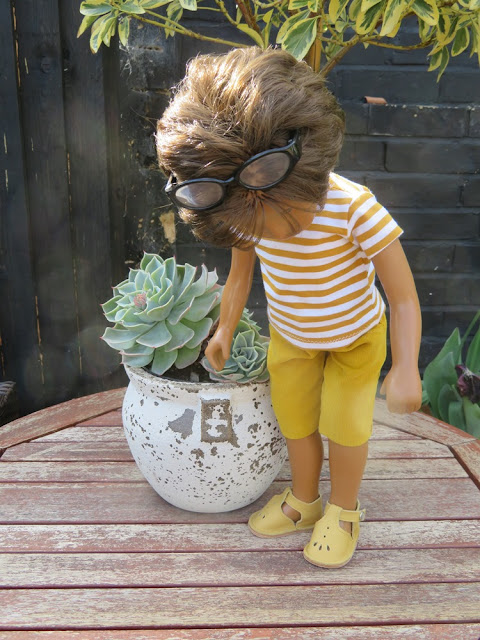 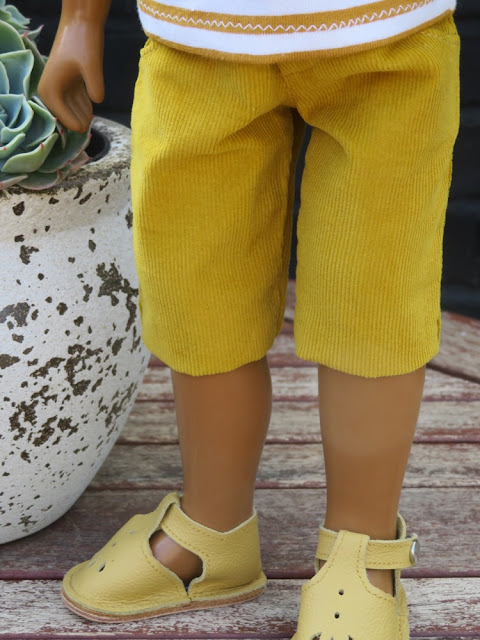 he continues " Stylist but practical in the warmer weather " 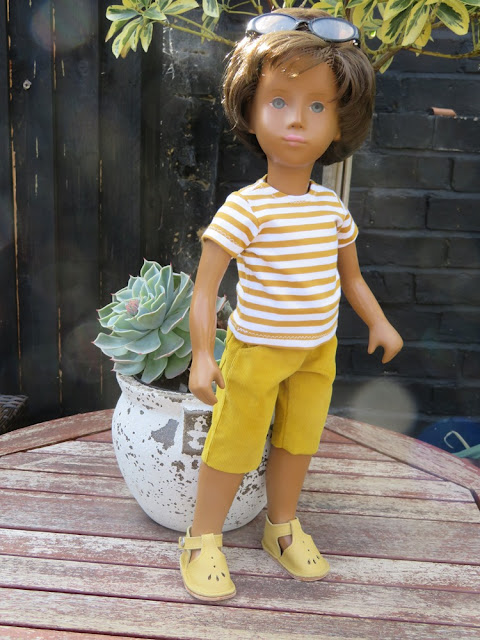 "B b but!" stutters Mum " they were a perfectly good pair of trousers ! I could have asked Ginny to make you some shorter one's if you'd asked me!"
" I don't have time to hang around " declares Valentine " Someone " he looks pointedly at Mum " was taking away my best suit , so I needed clothes" 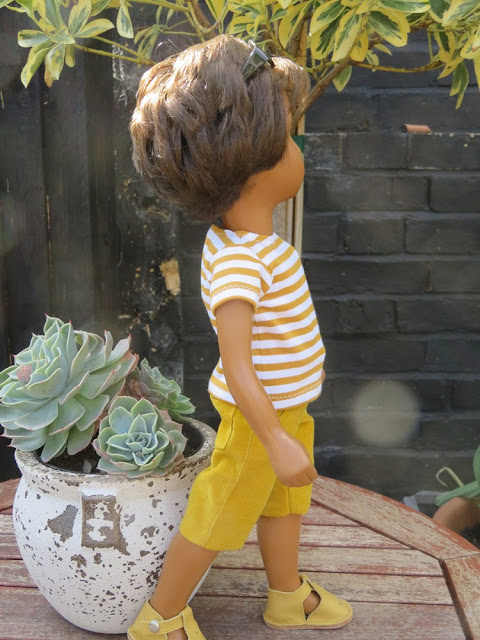 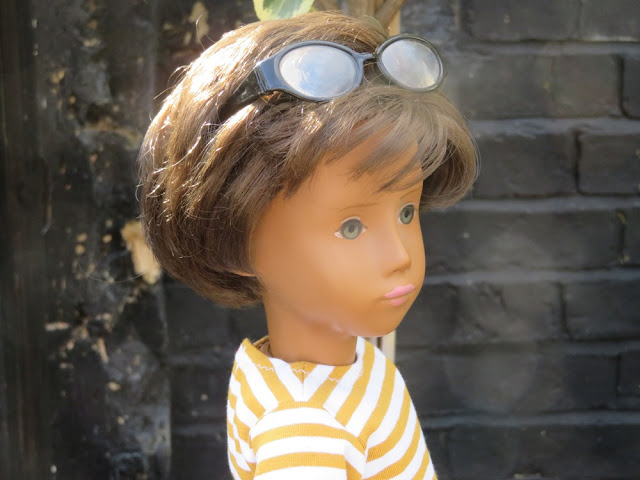 "For some of us it's a need to look good , not a game of one upmanship!" 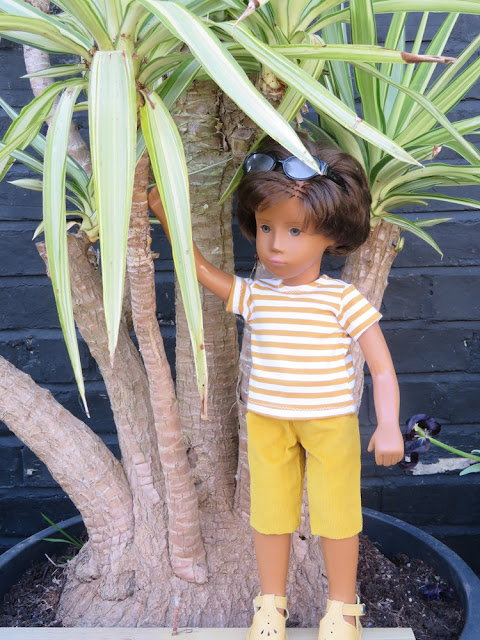 Stopping near the Yuka plant he sighs" One could almost be on holiday, these clothes are so comfortable " 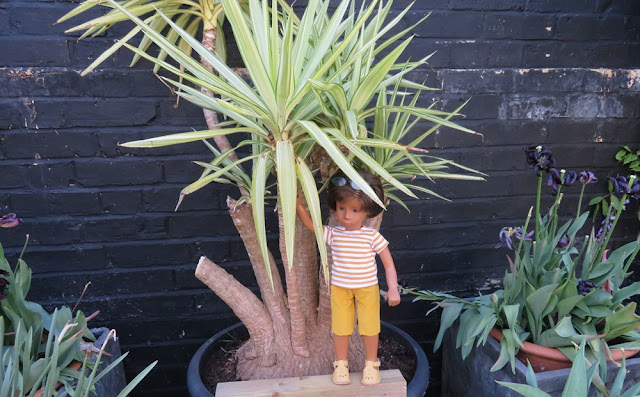 He goes quiet for a moment , which worries Mum greatly...  and she should be worried, Valentine's thinking which other trousers he could cut the ends off! after all it's only the start of the warmer weather.
Without another word he goes off inside whistling.. Mum feels a shiver run down her spine.... it's not good ...she's going to have follow him and just see what he's up to ....