SATURDAY THE NINTH OF MAY

Being a good scout! 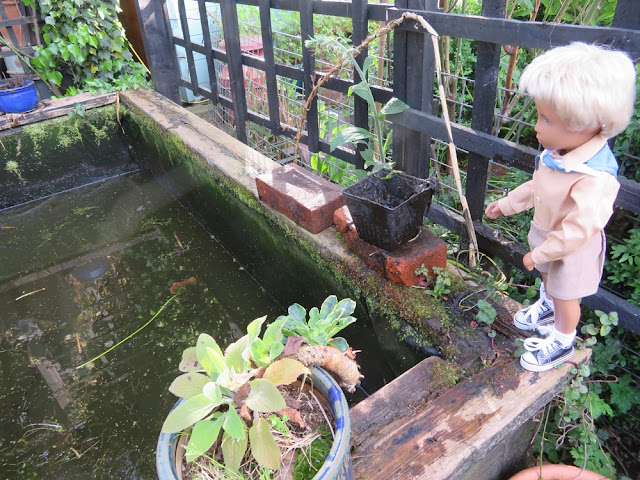 We need to move and replace the pond, so Dad's been emptying it, Percy offered to help but it's a very mucky job, now most of the waters gone. 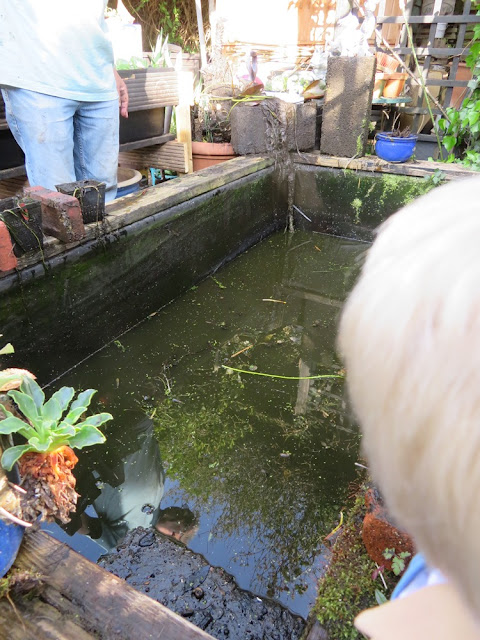 " You can keep a look out for the fish, there should be a few more in here " Dad tells Percy.
Percy scans the water " It's very dirty "
"Yes that's all the silt that sits on the bottom of the pond " answers Dad. 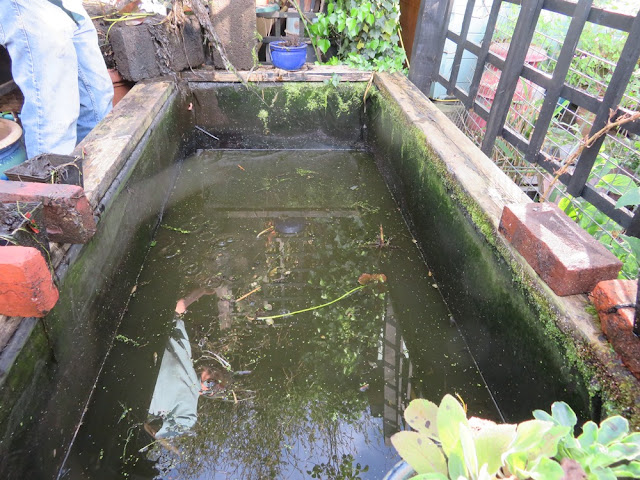 " Have you found any fish? " asks Percy after watching closely for half an hour
" Yes " Dad replies " I've found two but I thought there was five left "
"Where are they then? "
"Hiding in the silt " 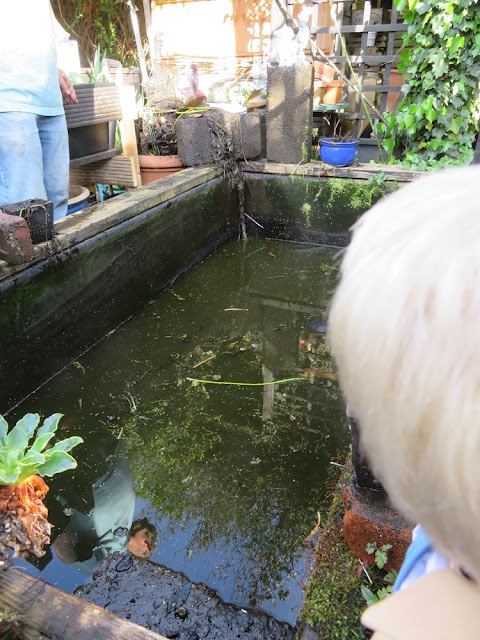 "Have you found anything else? " wonders Percy
"Yes , three rubber puppy toys !" Dad smiles
"Bet that was Rufus " Percy grins back at Dad " anything else? "
" Yes that blue pot!" 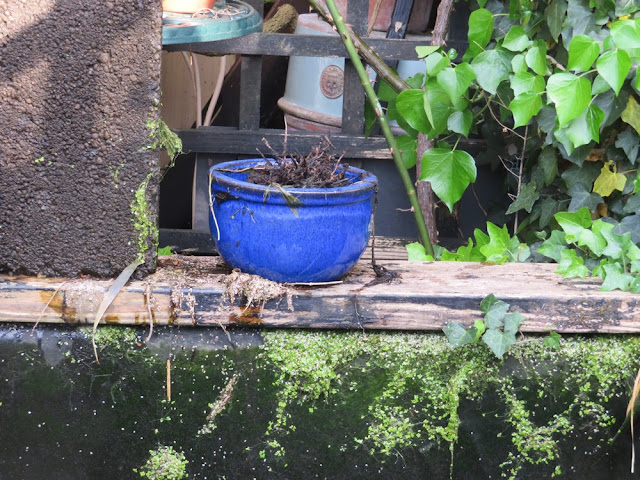 "That one? " says Percy pointing to a blue glazed pot standing on the far edge of the pond" Wow! "

" and contimues " Dad " That" pointing 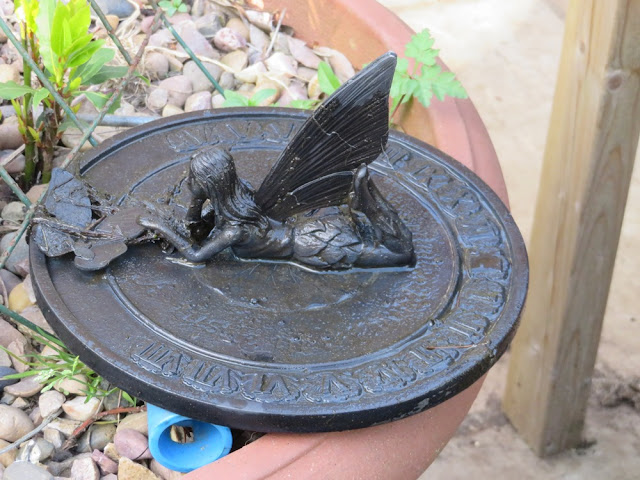 " A fairy sundial!" Percy's impressed " Wonder when that fell in there!"
" No idea " answers Dad " But the table at the end did tip one day ,so that could be how the blue pot fell in " 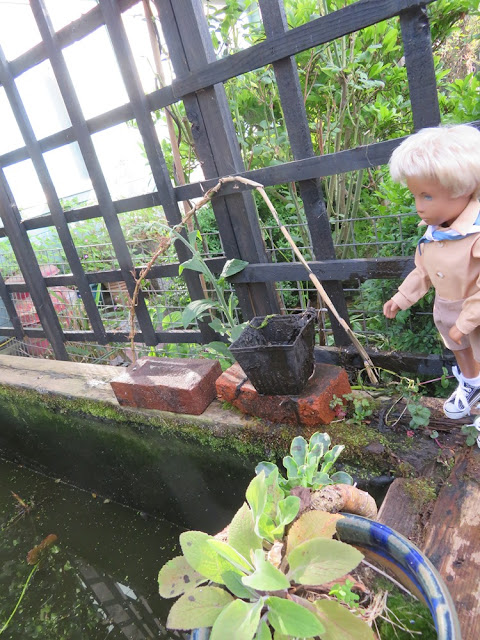 "Come on " Dad says " Lets leave it a while, for the fish to settle and we'll try again later but you'd better wear something old that can get muddy, that uniform's far too smart for pond work!"

For once Percy agrees and follows Dad inside wondering what he can change into.