Mum decide's to try and get a nice photo she can use for a Christmas card later in the year,
so gathering up her camera and a few prop's she heads for a part of the garden still filled with untouched snow,, 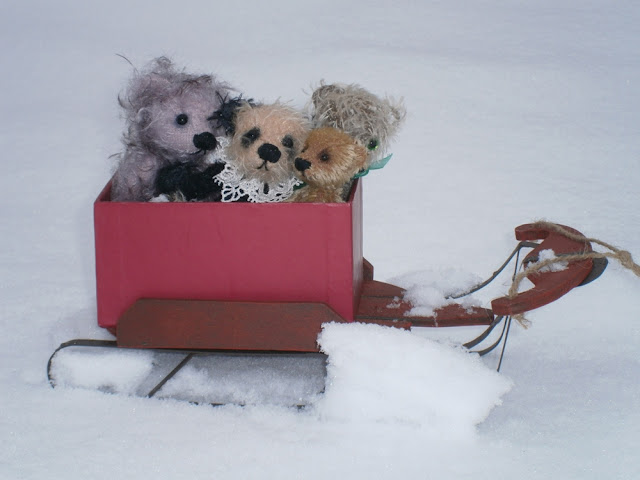 " What was that?" question's Edward
" I cannot see it was behind me" says Hugh
" Shall I look?" asks Mossy
" No Mum wants us to stay still for the photo's" 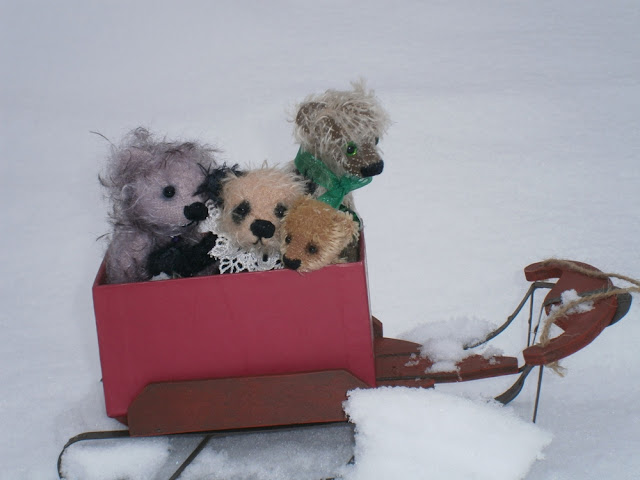 Totally ignoring Edward, Mossy stands up and looks toward the front of the sled
" Oops She's fallen over...again!" he tells the other's
" Who? Mum?" questions Edward worriedly
" No Sasha "
" Who is Sasha? we do not have a Sasha!"
" Oh yes we do, they are all Sasha's  YOU said so the other week"
" I did not"
"Did too! Well unless they are a boy then you said they were a Gregor ! Strange going's on  if you ask me!"
" Well we did not " retort's Edward . 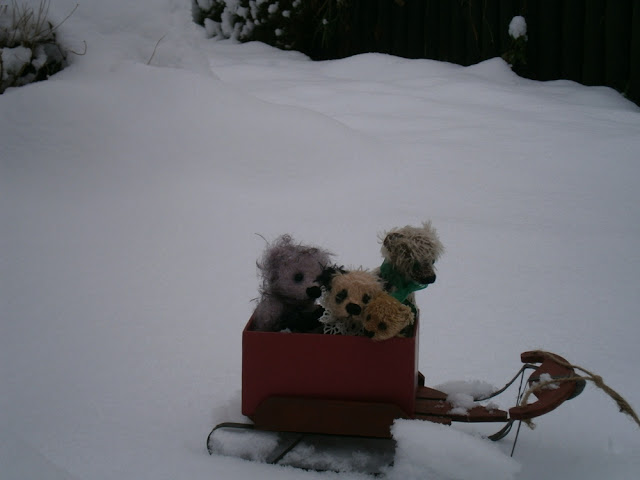 They sit about for quite a while, it starts to get darker
" What's happening? " asks Edward
" Are you asking me? " says Mossy smugly
" Yes" replies Edward grumpily
" Are you sure it's me you are asking ? " ask Mossy cheekily
Edward refuses to respond! 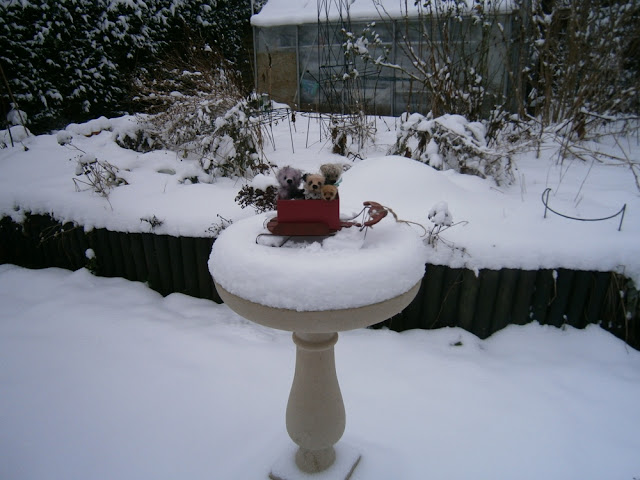 " Well we are going to have to wait for mum to come back"
" Where's she's gone?"
" I think she went back to the house to dry the S a s h a off"
Edward refuses to take the bait! " Well we'll have to pull the sled back to the house ourselves"
" I don't think so"
" Why Not!" demand's Edward
" Because mum's left us on top of the bird bath!" 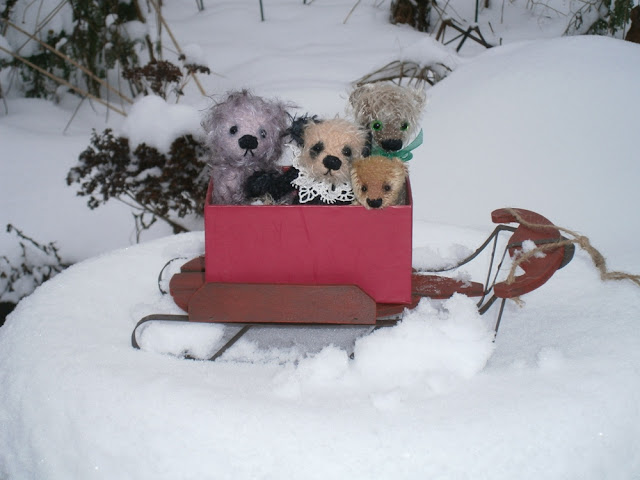 "Mrs Mum ! " calls Edward calmly so as not to worry the others " Mrs MUMMMMMMMMMM"
The four little bear's sit waiting to be rescued, hoping mum remembers they are out in the snow at the end of the garden.......