A VISIT TO GILL'S

I went for a quick afternoon visit to Gill's after I finished work yesterday and before I went home to celebrate my wedding anniversary with Paul.
By the time I arrived the welcome barbecue for Helen who is travelling around the Sasha World before rejoining her mum at next years festival, was in full swing! 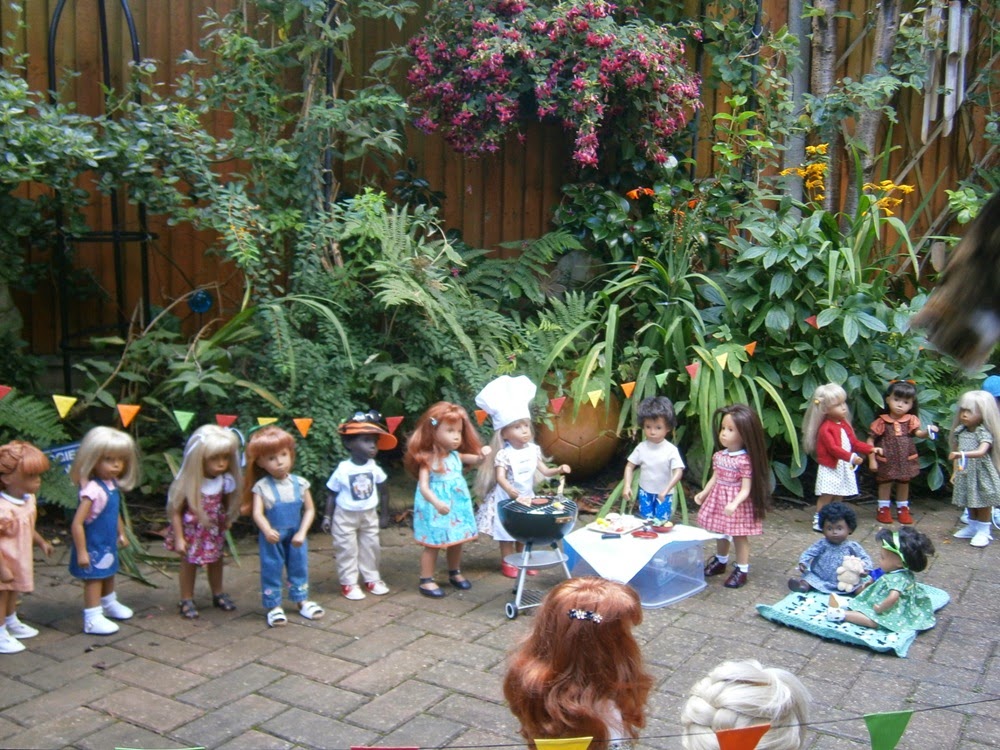 You can see that there were lots of children ready to enjoy meeting and welcoming her to her new temporary abode. 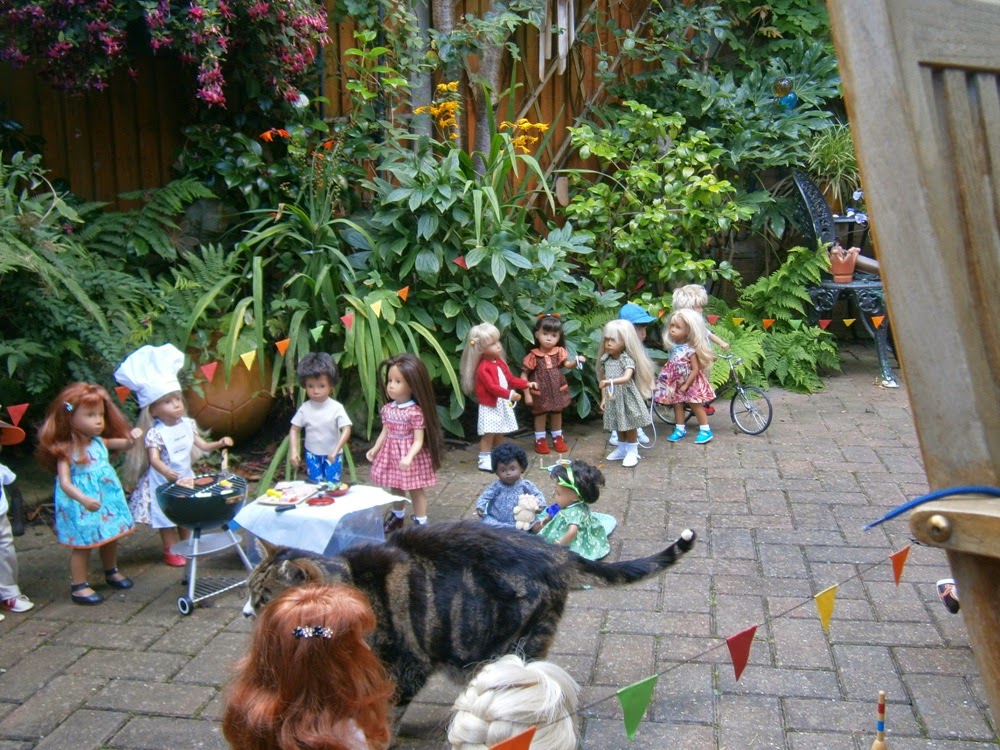 Even Gill's cat wanted to join in the fun! 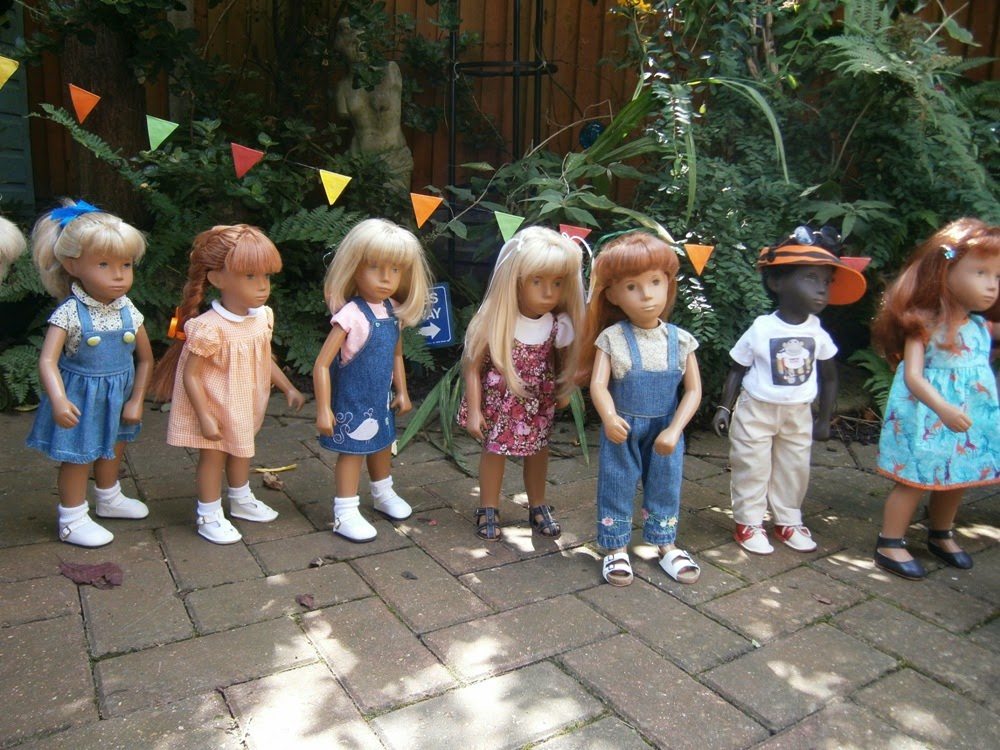 The line of children waiting for something to eat was quite long but they were very well behaved and no one started sing why are we waiting! 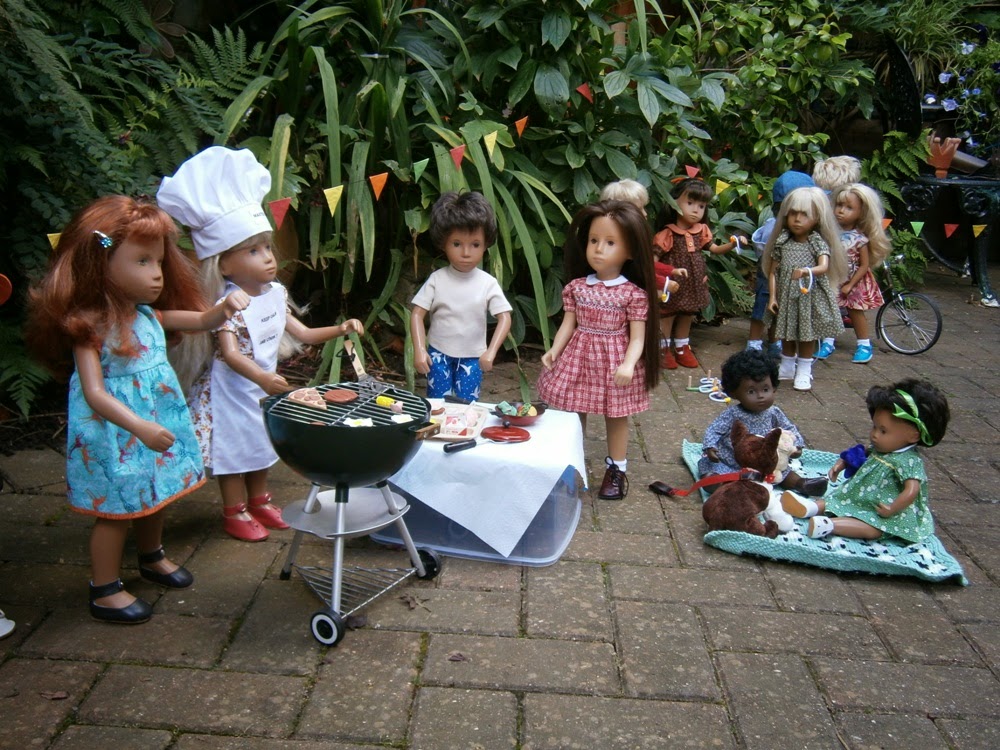 Ava and Zak went up to help with the dishing up of the food , to try and get everyone fed while it was still hot! 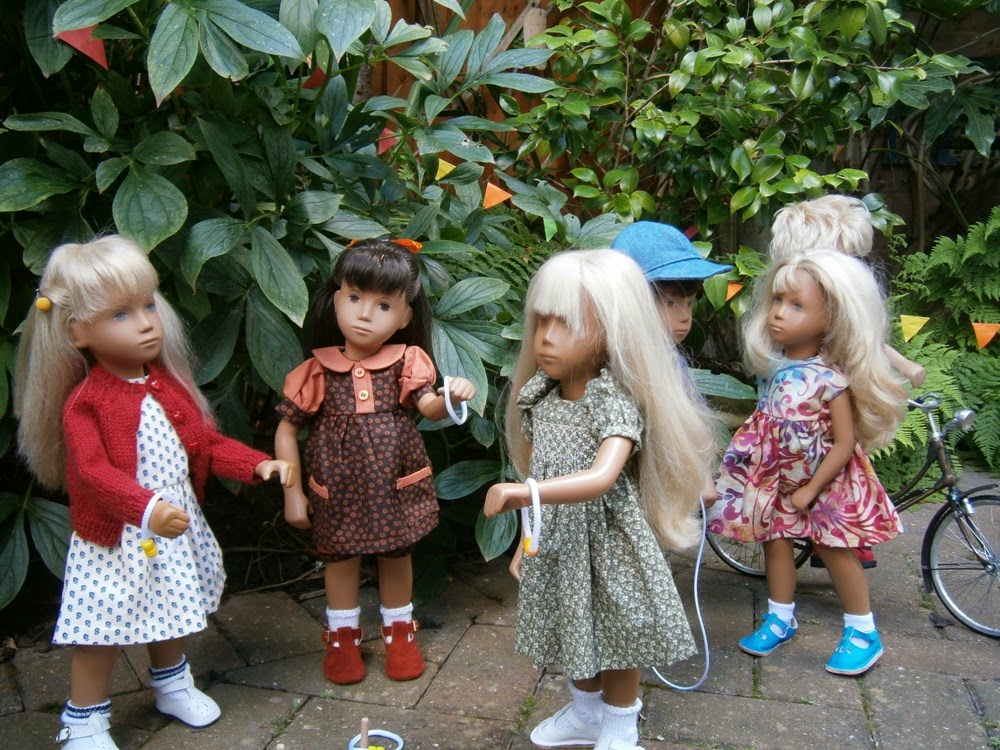 Sansa was soon involved in a game of Quoits while Belinda was chatting to one of Karin's boys about skipping. 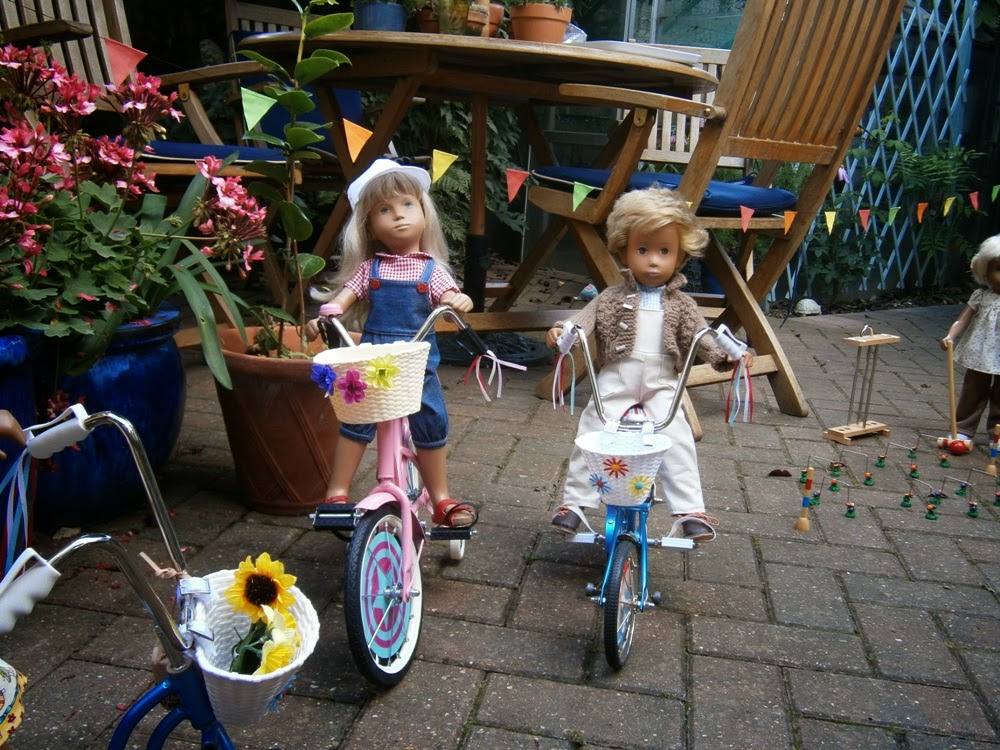 A couple of the children were riding their bikes which they had brought with them. 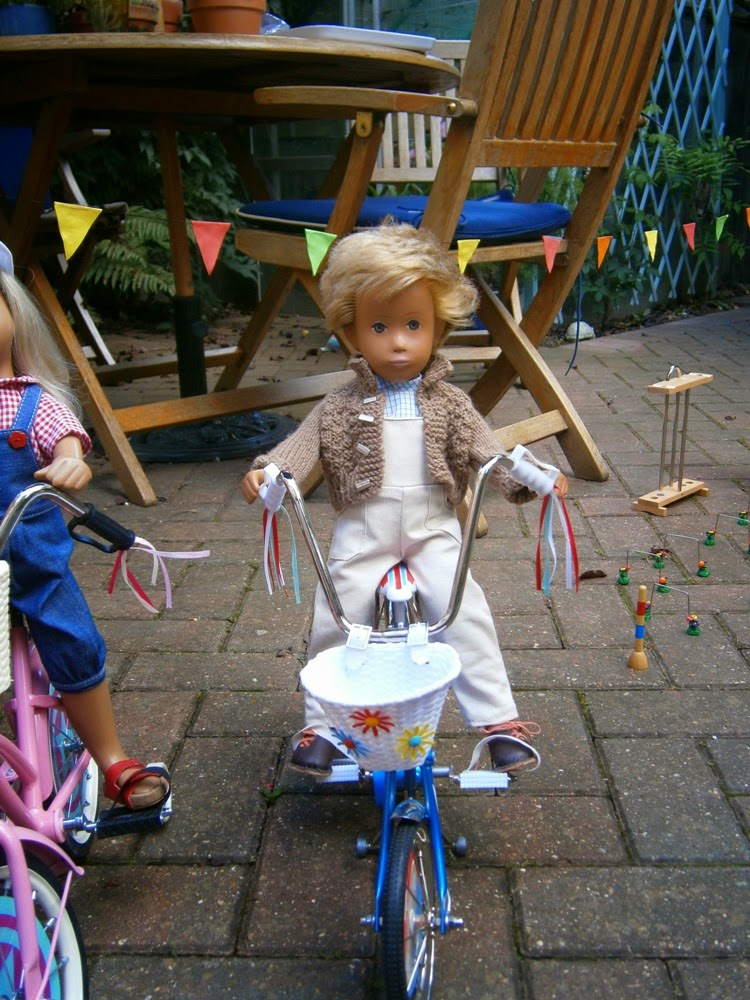 Loved this little no nose lad of Theresa's 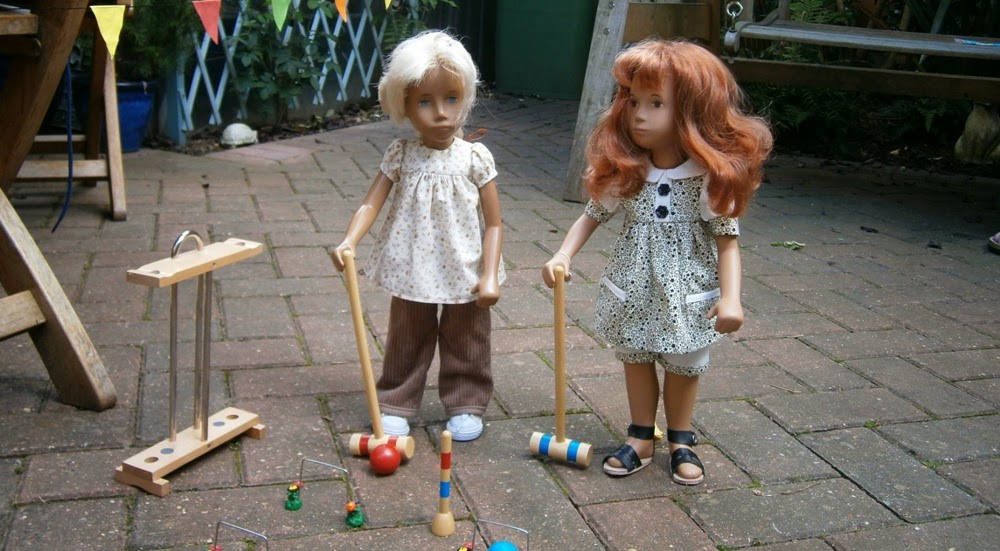 A serious discussion was going on over at the croquet equipment, something about Grass?? 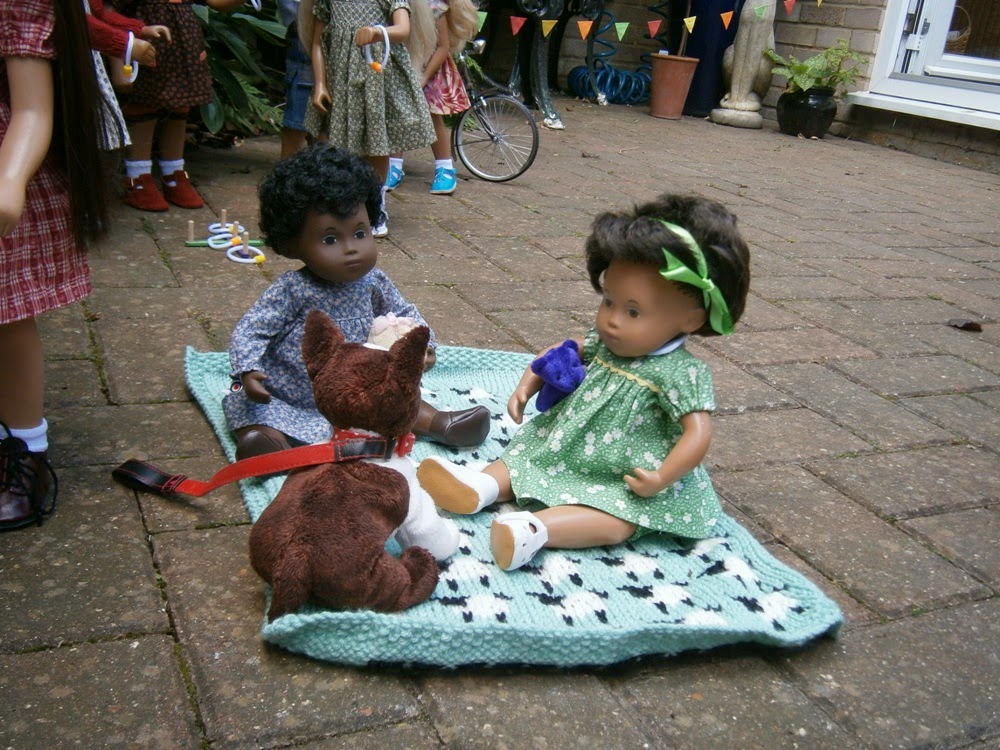 Theresa's baby was sitting with Gill's along with Theresa's girl's dog, which Gill's girl loved and I think will be wanting one of her own!! 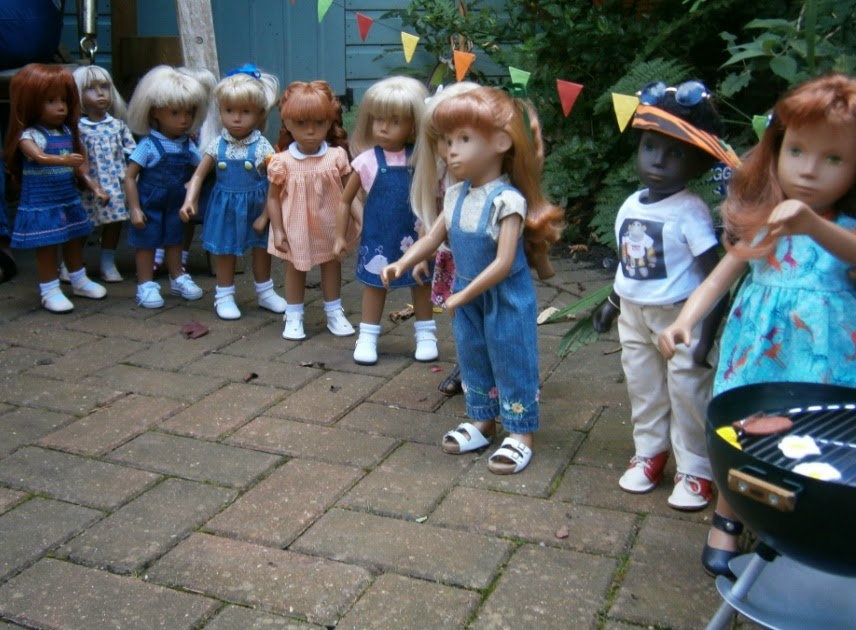 The queue was getting longer ! and Karin's dungaree's girl started to appeal to her mum to go to MacDonald's and buy some extra burgers! before they all died of hunger!! She's quite a dramatic little soul!! 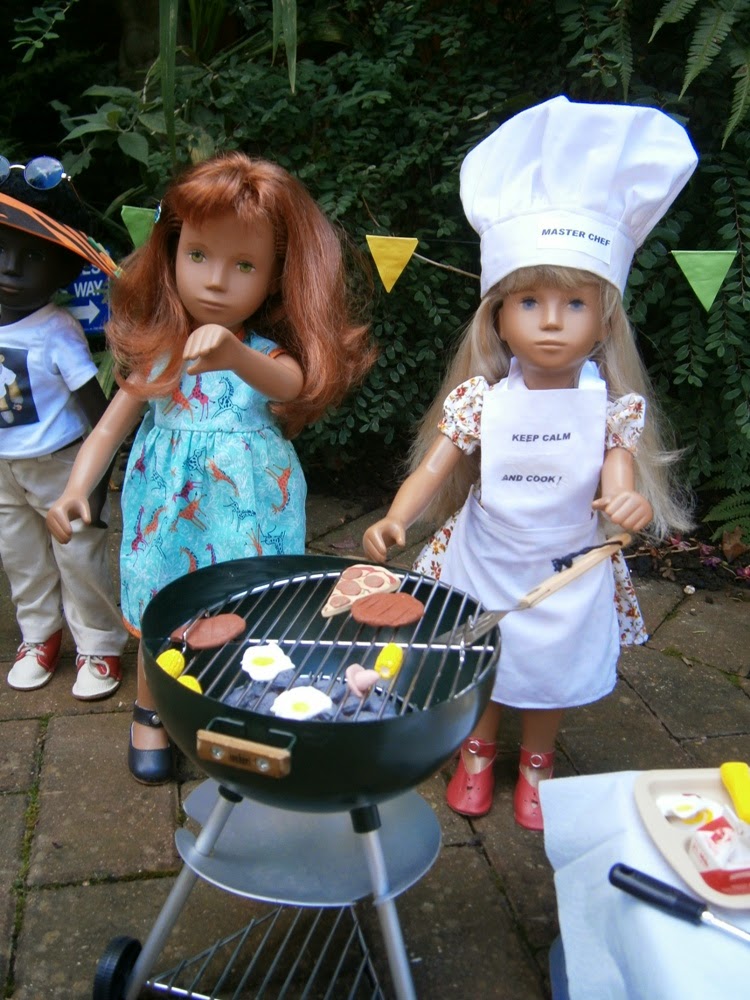 The chef was not impression with Karin's girl's moaning and very nearly downed tools!! But Helen travel soon smoothed things over. 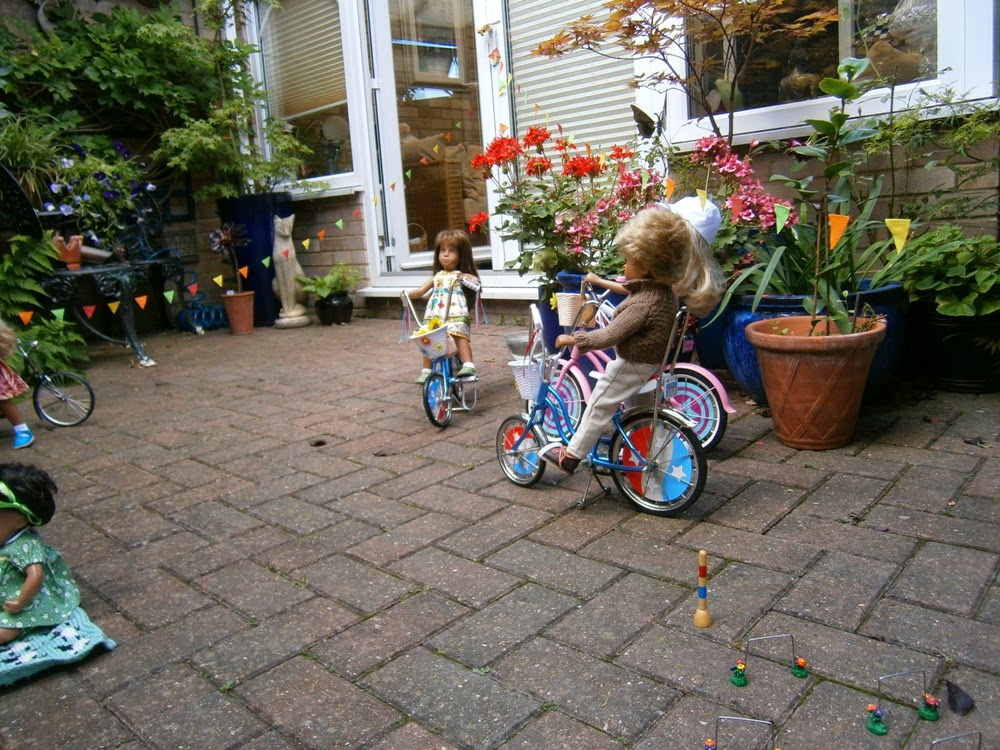 There was talk of starting their own chapter of the Hell's Angel's over with the bikers!!!! No one had the heart to tell them they needed to have motor bikes not pedal ones!!
Theresa's lad wanted them to call themselves the Bletchley Chapter... 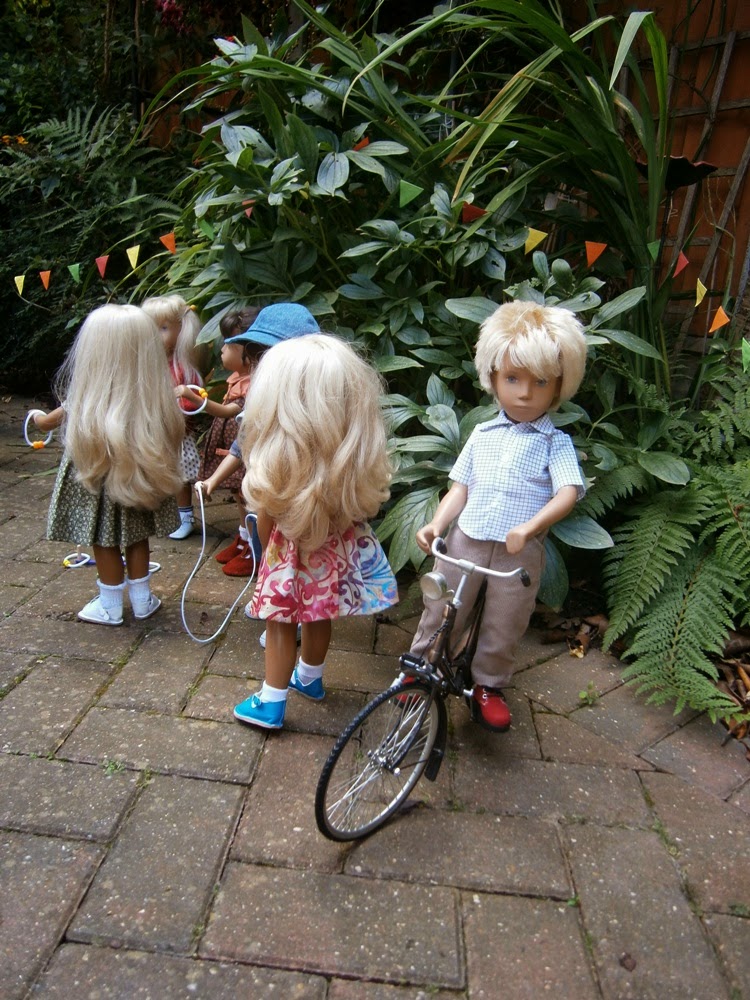 Gill's Harry said they should be called the Belchley Chapter because they were meant to be rude and hard!!
The boy's then proceeded to see who could belch the loudest much to the disgust of the girls!! 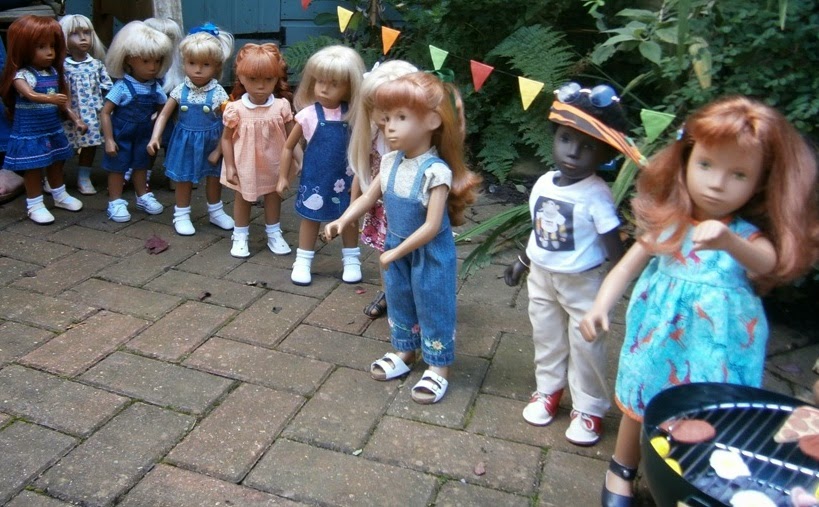 The party was a big success and Helen very happy to be on the next stage of her travels.

My thanks to Theresa who brought along and set up all the lovely scenes which I  just photographed and added my dolls to. It was a very hot day, yes I know that it's now raining cats n dogs but yesterday was very hot and sunny luckily!

I wish I had had more to time to move the Sasha's about for a proper village tale!! And I really need to get a handle on people dolls names including my own!!