I have spent all week avoiding taking Ashlyn's head off her body! Well when I say I , I say that in the royal sense as in I mean Paul, I have not got Paul to remove Ashlyn's head, so now a week's gone by and the poor girl's just been sitting about waiting!

I have also been going to send a couple of Sasha's off to Shelly, but out of the three I was going to send Two I just cannot part with!So no one's gone anywhere!

I'm also supposed to be whittling down all their clothes that are never used, have not done that either!

I have a baby's head that's been waiting to be re rooted for at least two weeks and it's still waiting to be started!
The diet was supposed to be re started last week and is now planned for tomorrow! Well it is the first, and a Monday so a good time to restart, I have been telling myself this all last week!Which as just reminded me that I will need a brunette for tomorrow's post and have I sorted that out......no!

The story lines are still not started but I did buy a couple of little silicone cases today! and I'm off to Yorkshire for a week soon! So it will all come to a grinding halt anyway!!

So all in all getting nowhere fast!!

So tomorrow being 1st of September I will be turning over a new leaf and getting my act together. Well at least on the re rooting front, Paul's been asked to ensure Ashlyn loses her head this very night!! and I will post a photo of her around Wednesday so you can see I have started.

One Sasha will be off to Shelly's before the end of the week along with a few clothes.

The story lines will have to wait until I'm back off my holiday but the healthy food is in the fridge etc , so the diet's back in progress tomorrow.

I did however take a couple of photo's of Sansa today which I will share below. I also need to decide which Sasha and Gregor I will take away with me? They have to be ones that stand up without a fight! and also ones that have not been taken before! 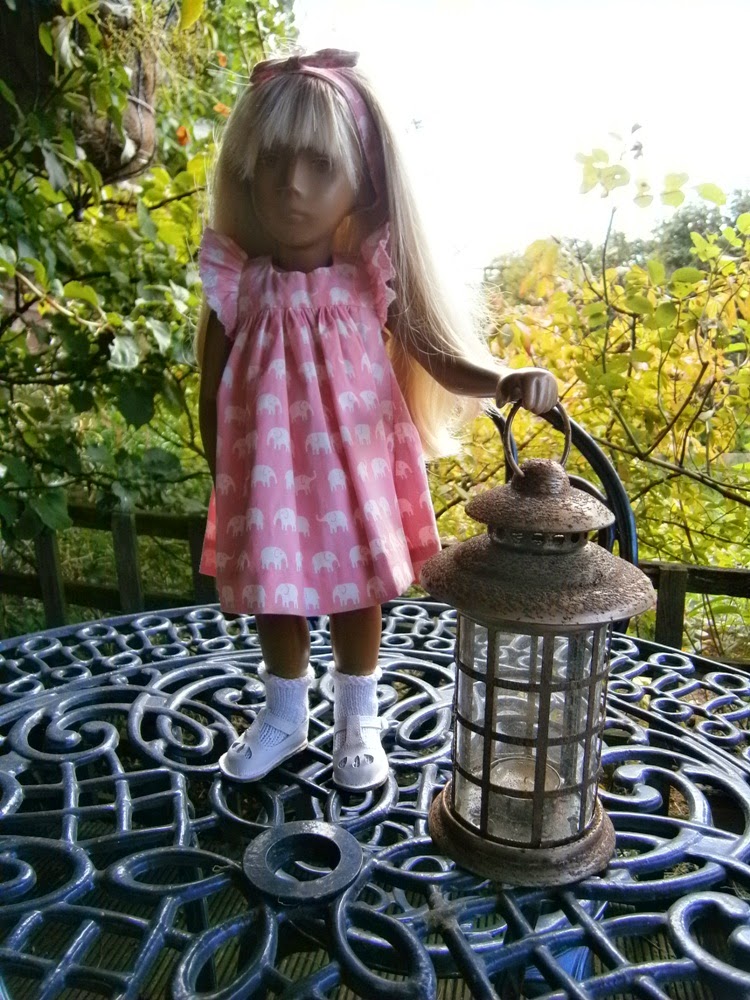 Sansa's holding a lantern that's been rusted by the elements. 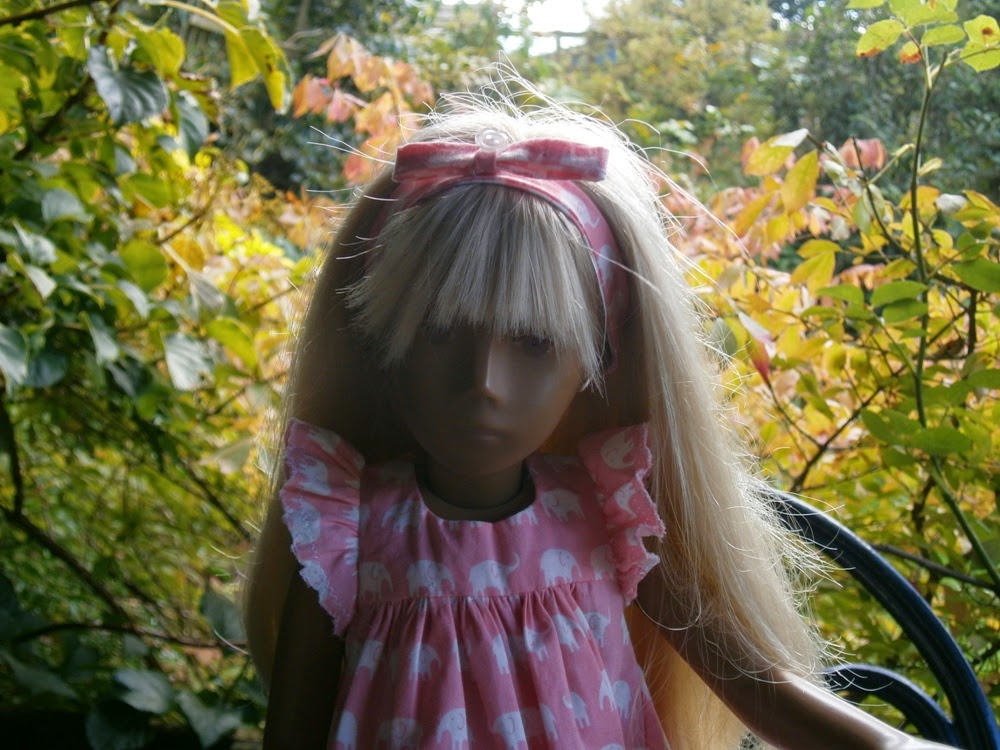 I was taking these photo's from inside the Gazebo, so the light is behind her but I like the difference of her more shadowed. 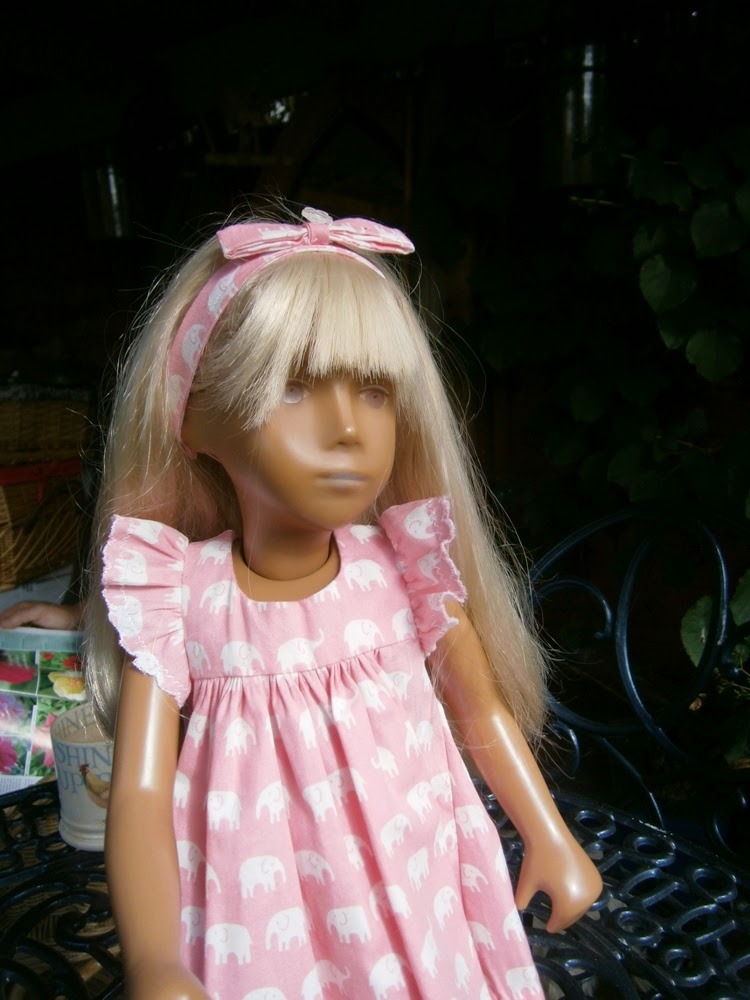 I turned her towards the sun, you can just make out Paul's hand behind her with his gardening magazine and
mug on the table! 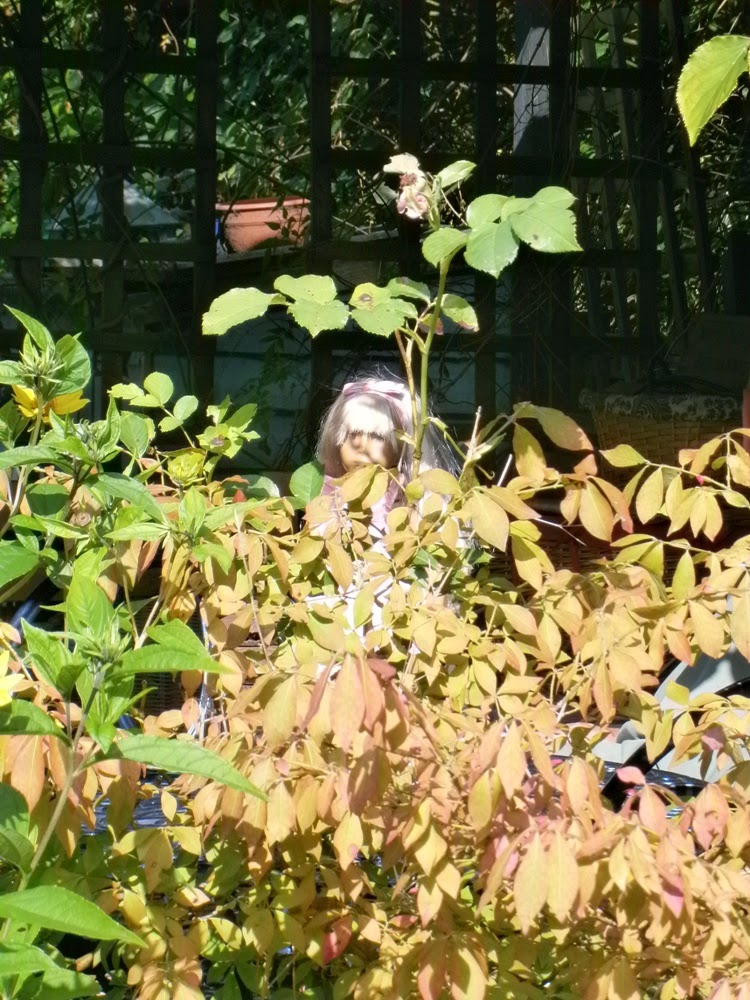 I tried going outside for an artistic shot but the sun was too bright and the plants throwing shadows across her face, so gave that Idea up! 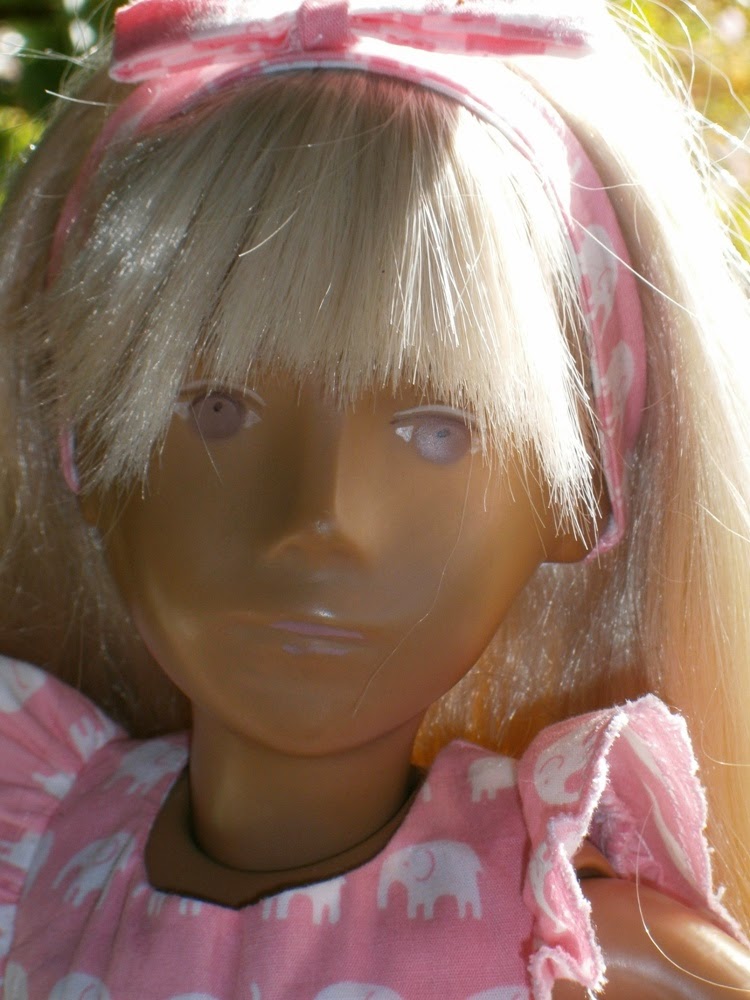 So back inside for a couple of close up's. 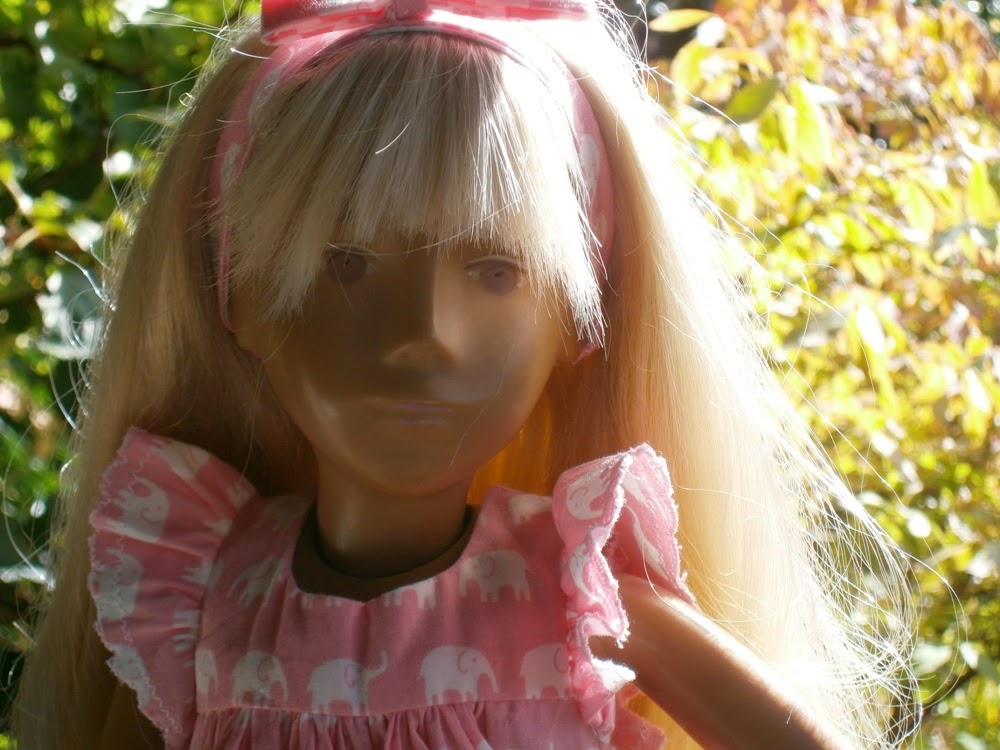 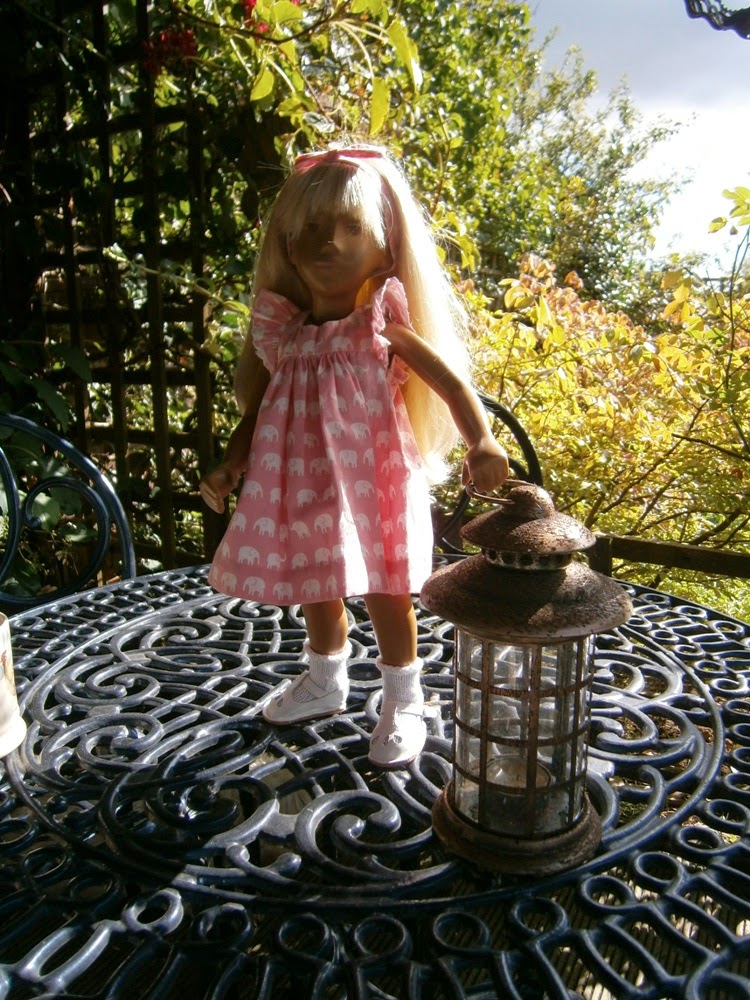 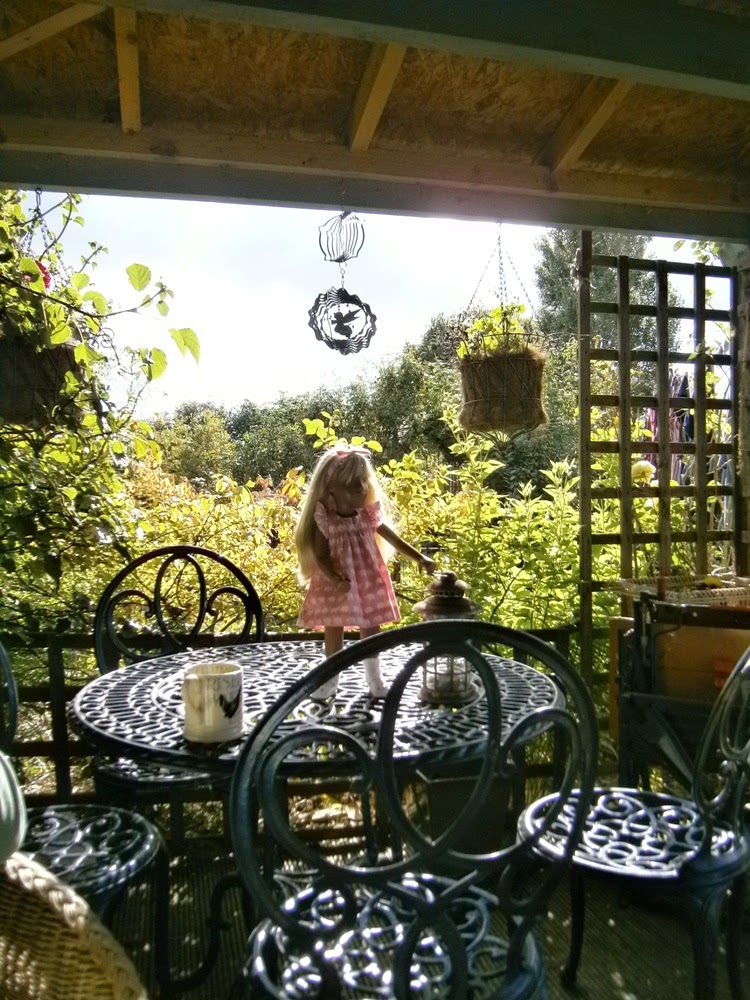 A long shot from inside showing where Sansa is standing . 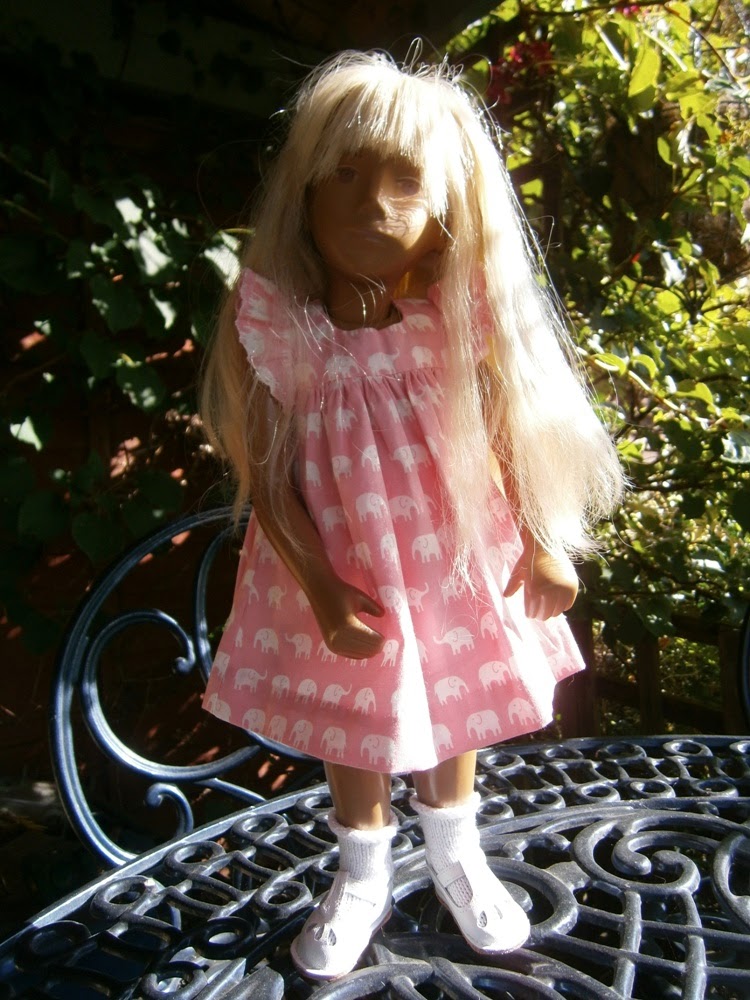 Standing in the sunshine! I had now decided to remove her hairband! 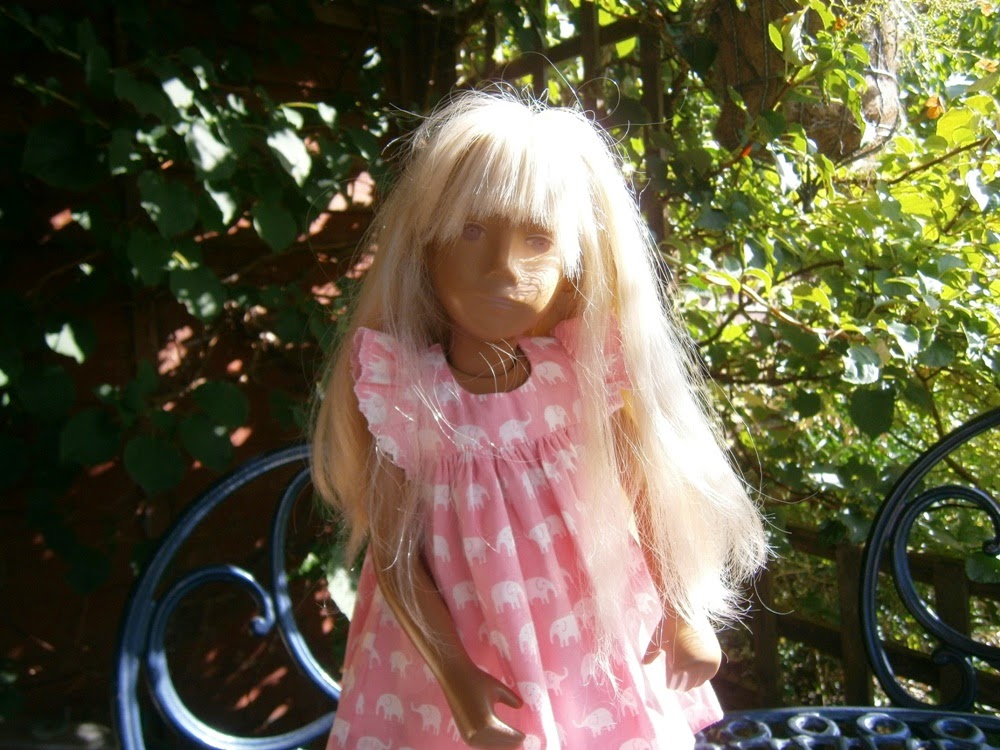 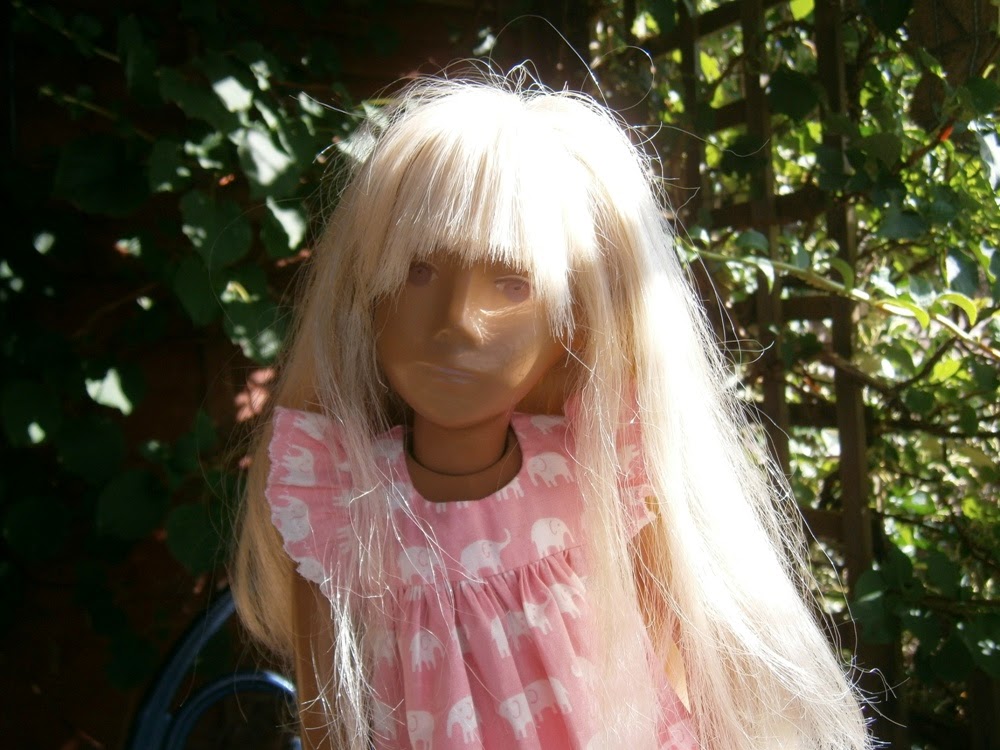 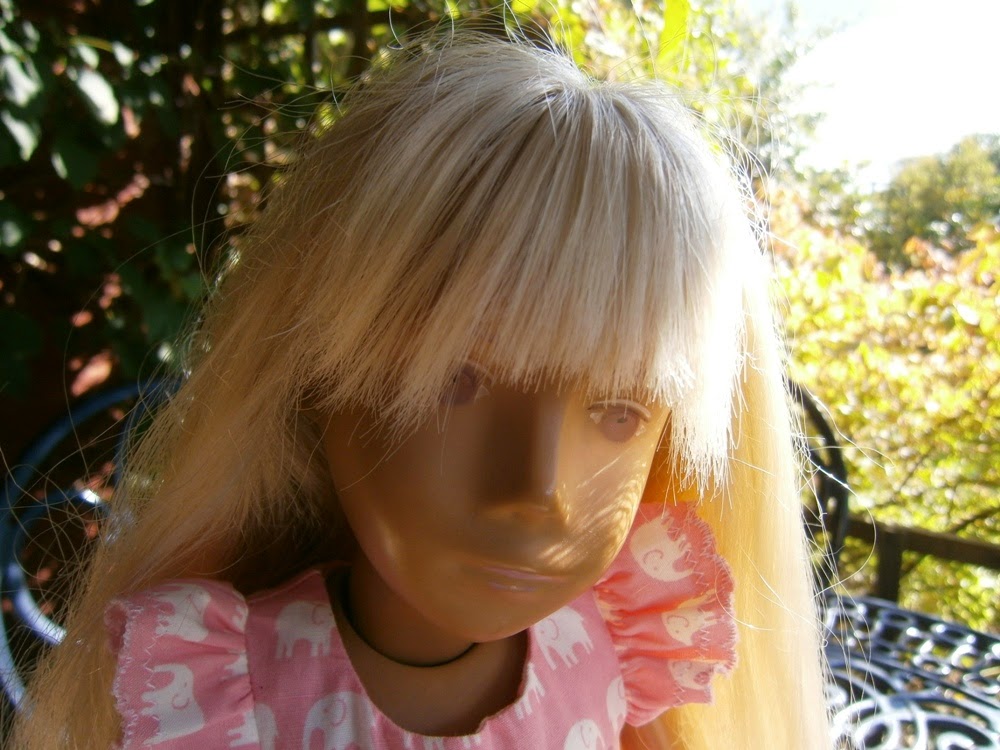 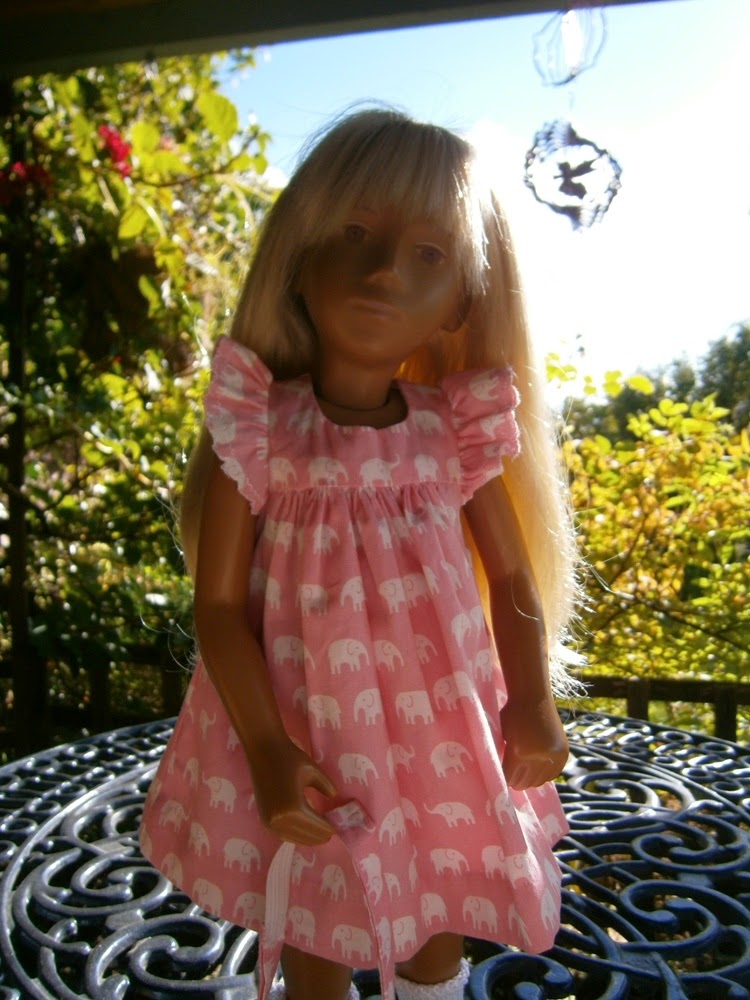 She's holding her hair band now, so we do not forget to take it indoors! 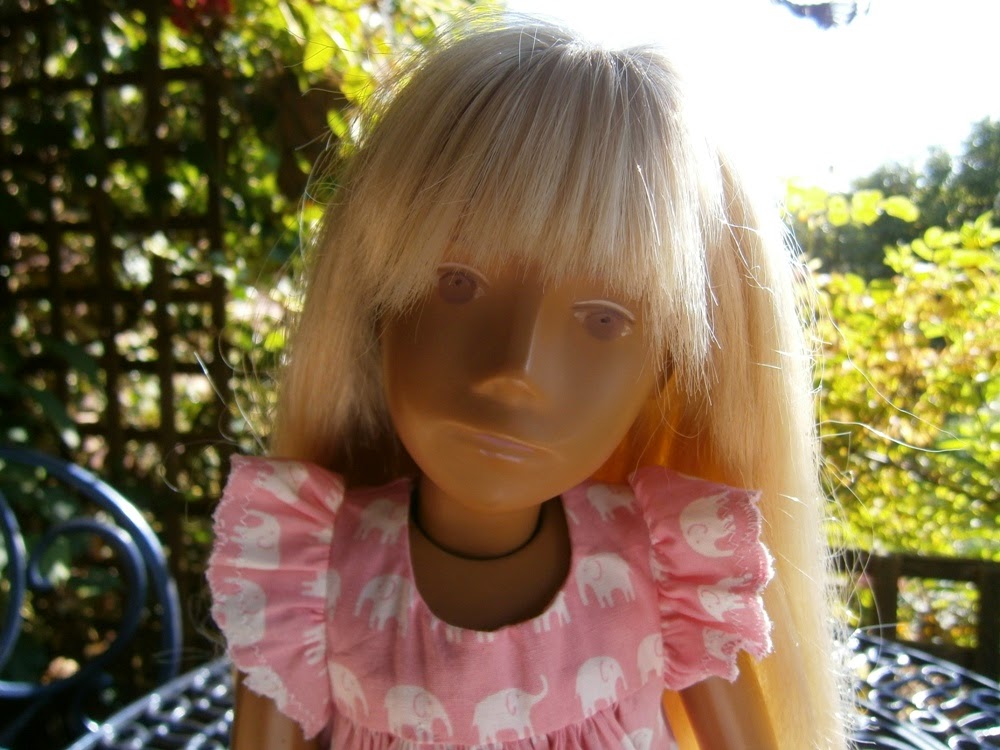 "What's that Sansa ? "   "You'd like to go to Yorkshire ! and you can stand up really well!"
"Well that is true , I will think about it , I have to be fair and consider some of the others "

Hope there were not too many photo's but Sansa is very photogenic, well to me! lol

Now I'm off to sort out what I'm going to do about tomorrow's 1st of the month post!!!! Better late than never!!!