Where is little George off to?.... 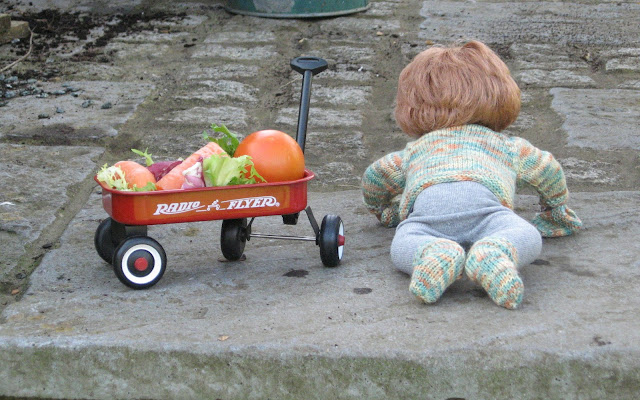 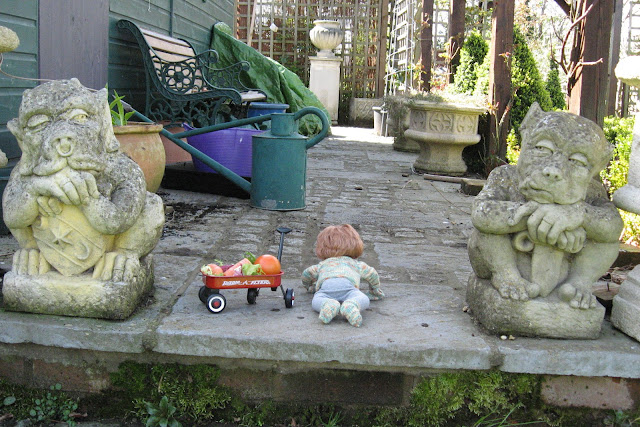 But who is hiding in the bushes? 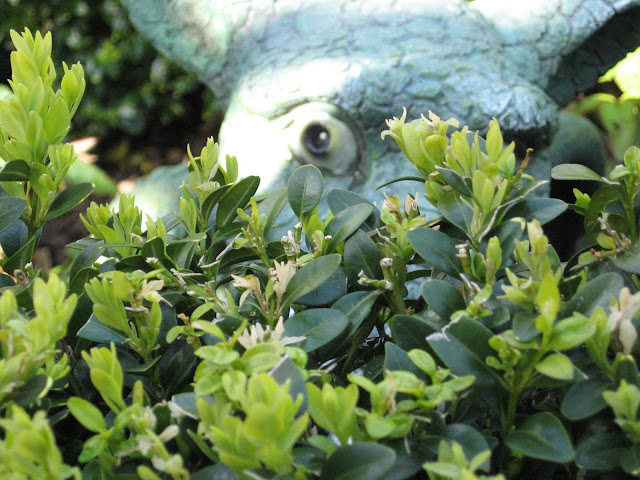 What's this George is sitting right where his brothers Toby and Zac saw a Dragon!! 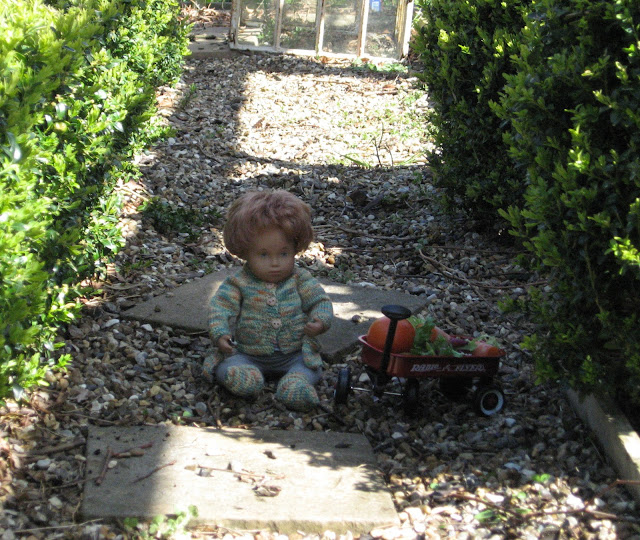 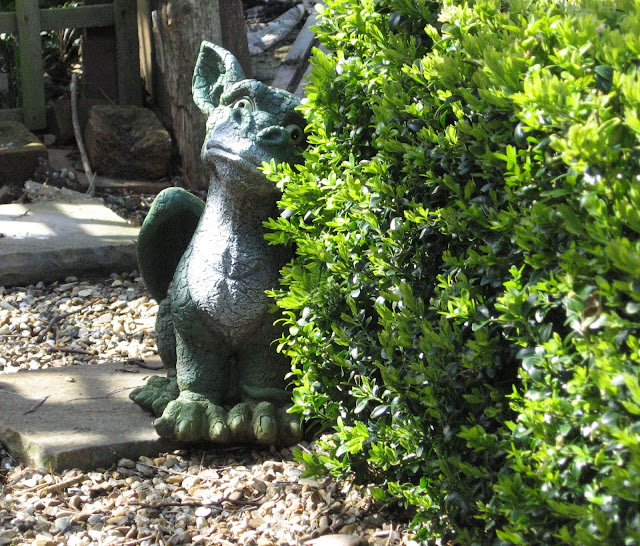 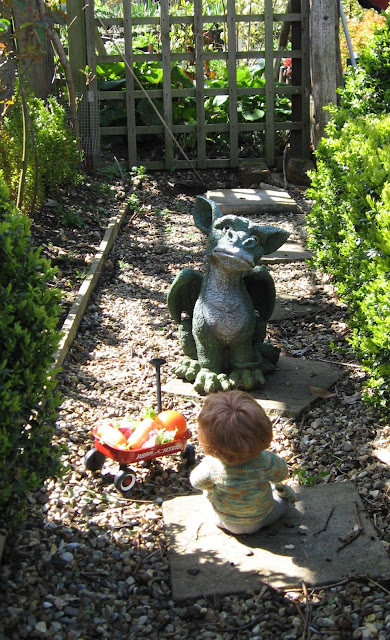 " Your brothers ran away! " accused the dragon in his deep voice.
George smiled at the dragon .
" They did not bring me any dinner! I'm starving" cried the Dragon, his stomach rumbling like thunder as if in agreement. 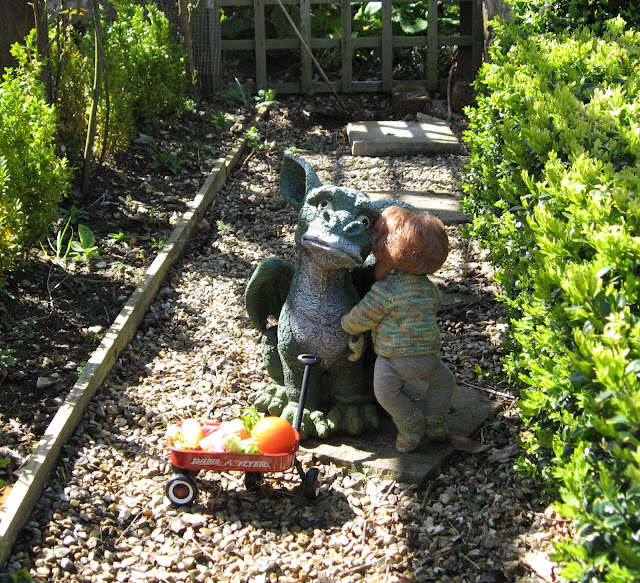 George gives the Dragon a hug and tells him (in baby talk) that they had been frightened and not realised that the Dragon was a vegatarian and would not eat them. 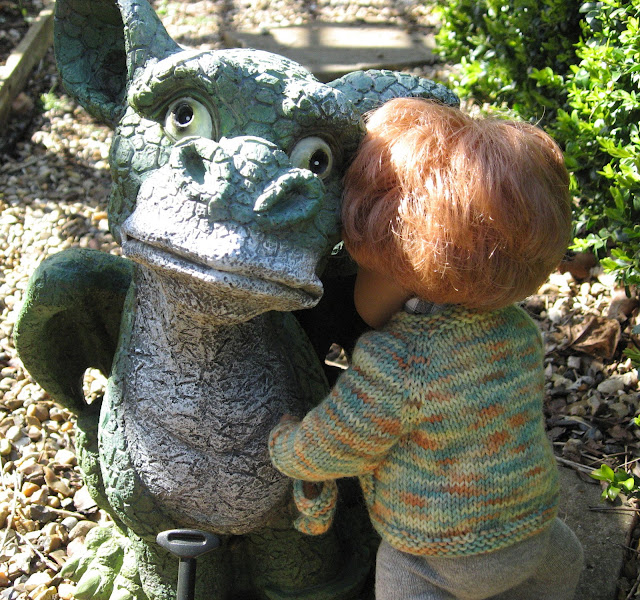 Drago the dragon feels better after George explains what happened and starts to eye up all the nice things George has bought him for his dinner. 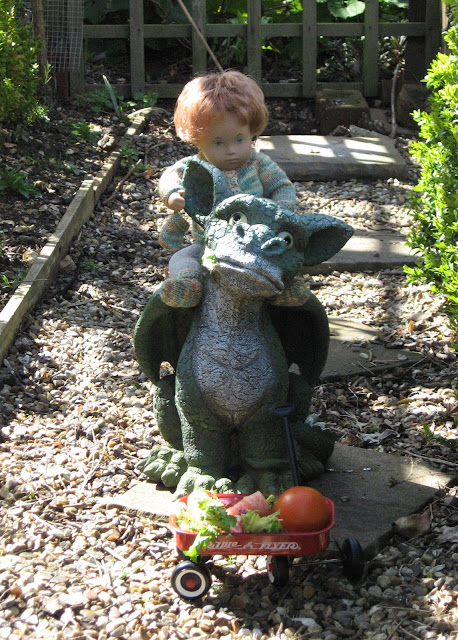 George laughs happily riding on Drago's back while Drago tucks into his dinner.."Mmm" sighs Drago " You are a saint for bringing me this lovely food George" 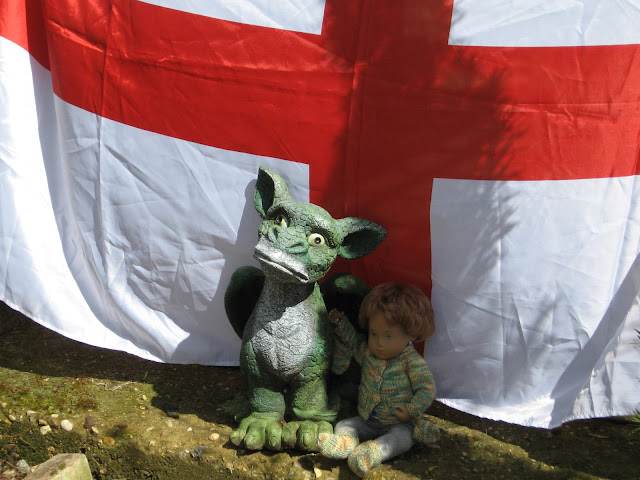 GEORGE AND THE DRAGON 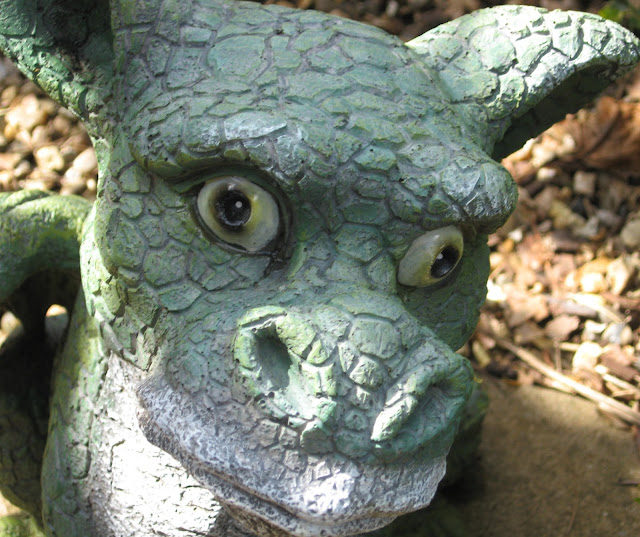