SOMEONE POPS OUT TO ENJOY THE SUN

Now if you read this blog you know I do like the red haired Sasha's and this year I decided to change some of my other Sasha's for some more red Sasha's. Also like everyone else you start with the later 70's ,80,s and 90's Sasha's and then you start to look at the earlier Sasha's, the Np's and the Slate eyed , No Naval, no nose etc and you see one of these and you think " Mmm she's nice maybe I should add one like her to my family?" and the next thing she's arrived and she's making herself at home!

Well I was paying off for my Redhaired 69 Dungarees girl, when I saw a very nice slate eyed Red haired Sasha, so I watched her and she watched me, I passed her by and she just waited. Then shelly put on a couple of other Red haired Slate eyed Sasha's and I asked her to send me a picture of one of them,which she kindly did........but I was not sure so asked her to send me somepictures of the one who had been watching me pass by!

Shelly was no help at all!! because she sent me the pictures and then I loved BOTH of them, what to do!!!!
Well what does any Sashaphile do when faced with such a dilemma?????? I bought one and am paying off for the other one......... 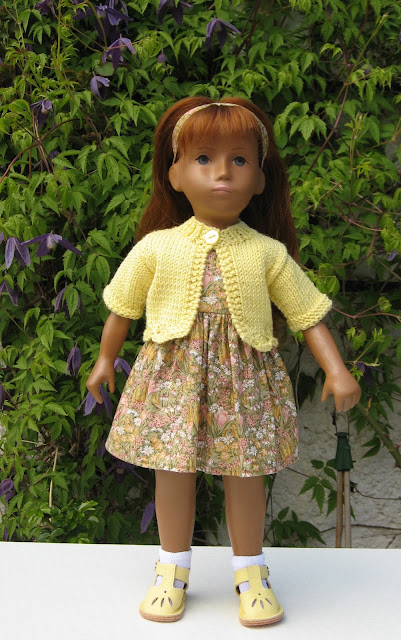 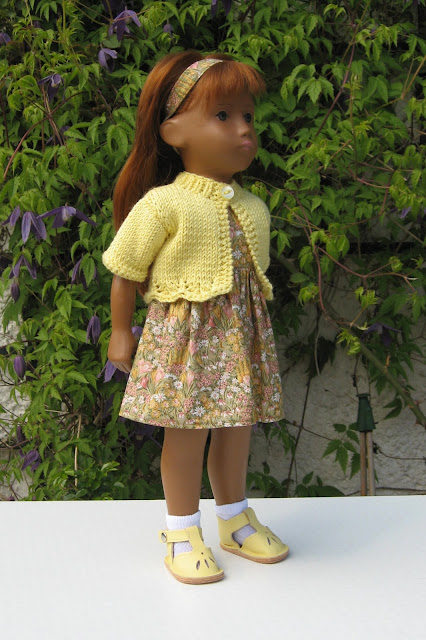 She is wearing a beautiful dress by Sarah..Vintage Sasha and RosieBloom sandals which she as snitched off Liberty just for thsi photo shoot. 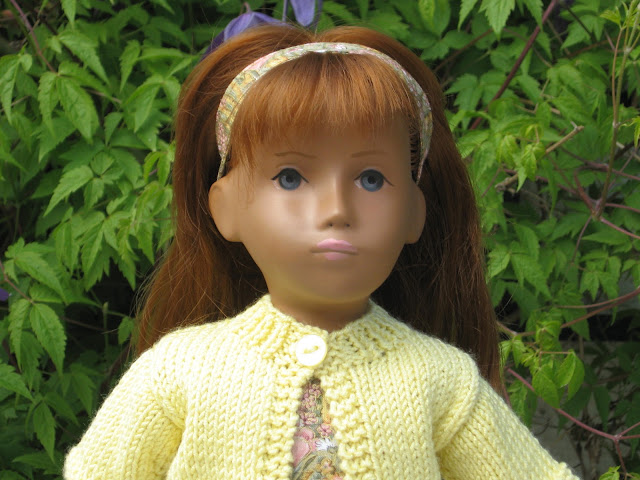 The little bolero I bought off my sister goes really well with the dress.

Now she has returned the sandals to Liberty and gone back up to the Sasha room to mingle with some of the others, she has not really arrived yet. She is too different to just mingle bout with the others, the DH needs to be introduced once Paige and Ginnie have been around a while, a DH can only take so many Sasha's arriving at a time.....
Posted by Dee at Sunday, April 15, 2012