I recently put a little blog about finding storage for my Sasha and Gregor shoes and boots, so that it would be easier to find the style and colour required when changing their outfits.
Well a Sasha friend sent me some photo's of her collection of shoes, boots, socks etc and their storage, she did not want me to show her pictures because she felt that she had so many!

Mmm the lady in question has been collecting Sasha's for more years than me and I think that if everyone was to put on pictures of their Sasha's shoes , we would all be unsurprised at how many we all own! Well I showed you my new little drawer store unit, what I did not show you was the box I bought to put the boots in.....see below.... 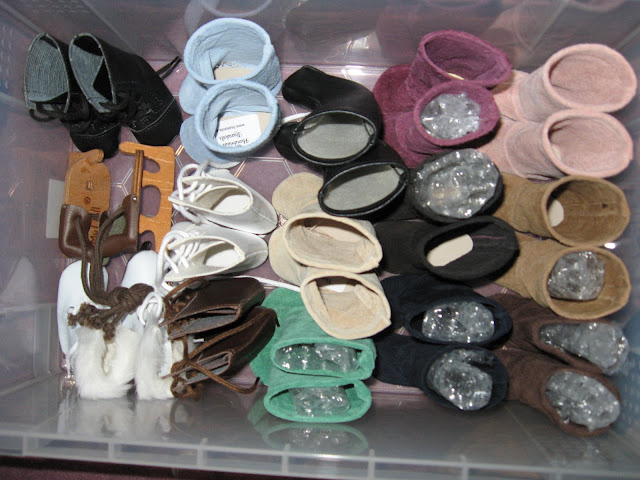 There was not enough room in the box for all the boots, some are still being worn on Sasha's still waiting to be changed into more summery clothing. 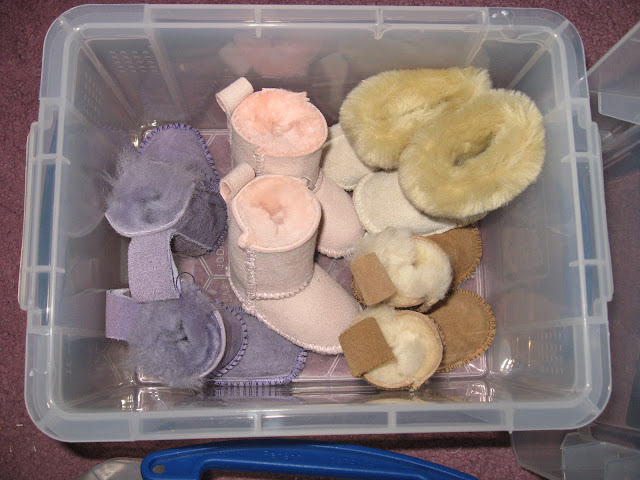 I had to put some of the ugg style boots into another little box! and that still left me with the drawer that these had all come out of.... 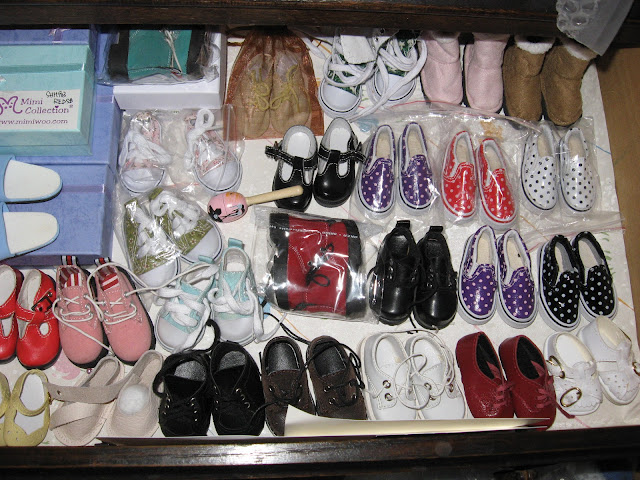 which is now much tidier and ...yes there is more....another drawer below but which I have not photographed because it's still a mess and also as other items not just shoes etc.

So there they are the shoes etc that my Sasha's need in order to be correctly dressed!!! and do you know the worst of it! I still have to take shoes off one Sasha in order to put them on another Sasha so she can have her picture taken with the correct colour matching shoes!!!!

All I can say is thank goodness they are so small because I would need a small room to keep that amount of shoes if they were all for me......My shoes could fit in a tiny cupboard and half of them , which when I bought them they were comfortable until I got them home and they cut me to ribbons!! So do not even get worn. At least I know my Sasha's shoes fit and I have yet to hear them complain that they hurt!!!